The pro-rectors of the Kharkov university, even after the withdrawal of charges, continue to be held in custody

29 September 2014
17
In June of this year, Ukrainian "law enforcement" structures arrested Alexei Samoilov, vice rector of the local government (International Slavic University) of Kharkov. He was detained on charges of illegal possession of explosives (Troley Checkers were allegedly found in Alexey Samoilov). Anyone who knows Alexey Nikolaevich knows perfectly well that история with trotyl drafts was invented in order to arrest a university employee who has an opinion about people who came to power in Ukraine. Kiev junta is clearly not satisfied with the opinion of the Kharkov university employee.

About two weeks ago, Alexey Samoilov’s lawyers received a statement that all charges against their client were dropped. However, on materials in блогеHe continues to be in the dungeons of ukrorezhima.

Speaking of detention. To detain the candidate of sciences, the representatives of the task force in the number of 16 people arrived. During the detention Samoylov’s apartment allegedly discovered explosives. By a court decision, the pro-rector of the local government body was arrested for the term of 2 month. This period expired long ago, but Alexey Nikolayevich never appeared at home. On the issue of the “democratic path” of “Ukraine” and the independence of the judicial system ... 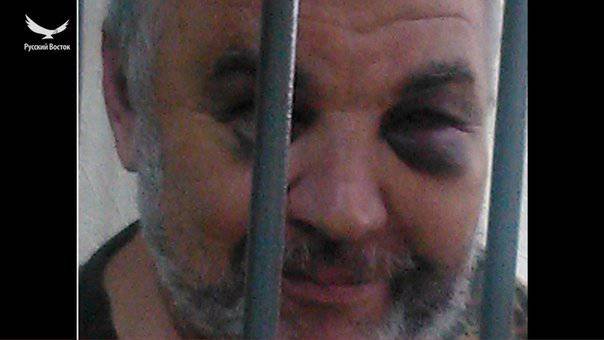