29 September 2014
15
Iraqi government forces were able to repel an attack by militants of the radical Islamic State group on the town of Al Amiriyah, which is located west of Baghdad. 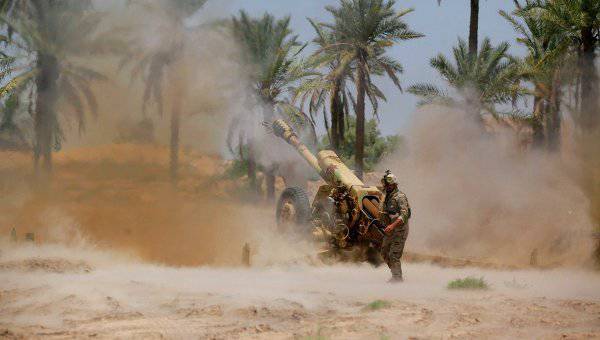 According to a local police spokesman, the Islamists organized an attack on Amiriya on Sunday night. He also noted that representatives of the Sunni tribes fought on the side of the army.

"They attacked from two sides ... The fight lasted about five hours ... In the end, military planes attacked the militants and killed 15 of them," the police officer told RIA "News".

One of the IS leaders in Fallujah Mullah Jassem Mohammed Hamad was killed in the attack.

It is worth noting that the Iraqi Defense Ministry stated that the militants several times bombarded the chlorine-containing materials with bombs, which they installed on the roads.

“A number of“ daish ”terrorist groups (the name IG established in Arabic) used chlorine in a number of areas near water treatment plants in the form of land mines with which they mined roads, handicrafts that do not have a significant destructive effect,” departments.

He also noted that, at the moment, the militants do not have enough chlorine available to provide a striking effect.

“There has not yet been a single case of chlorine damage in those areas where such land mines were used,” the military added.