Ukraine does not fight in the winter

30 September 2014
47
Bloomberg, an authoritative source of economic and other information, has recently published a series of articles on the Ukrainian crisis. More precisely, its resolution. We are talking not only about gas negotiations on the eve of winter, but also about the fact that the influence of the Kremlin will consolidate in Eastern Ukraine for a long time. 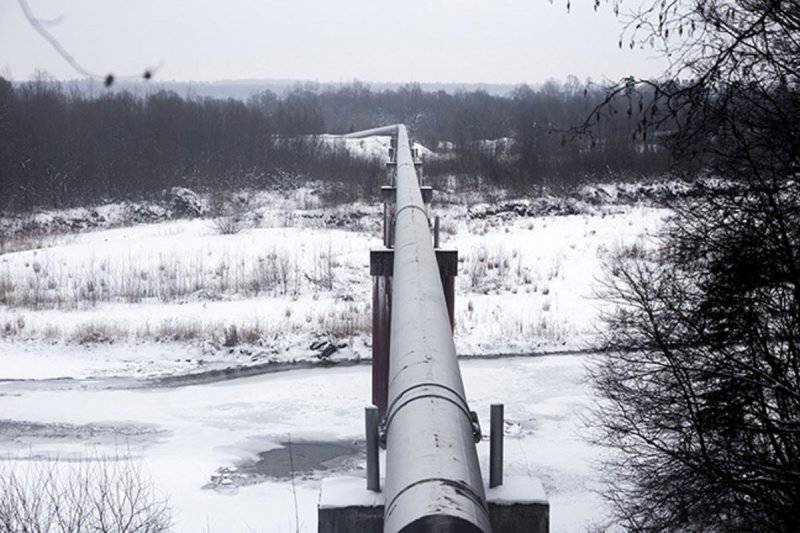 В material September 25 tells actually about the geopolitical victory of Putin in Ukraine.

Creating a buffer zone, writes journalist Daryna Krasnolutska, will bring peace to the east of Ukraine, and at the same time strengthen the front line and retain the influence of Russian President Vladimir Putin in areas "for many years."

(Recall, this is a buffer 30-kilometer zone where heavy weapons should not be placed. Now a group of several dozen people are working on the creation of this zone. The Russian Ministry of Foreign Affairs denies various reports, including participation in the ongoing negotiations of representatives of Russia.)

The journalist indicates that more than 3500 people died during the crisis in Ukraine. Now the Ukrainian army is actually preparing to retreat and leave the industrial and coal-mining region of Ukraine to the rebels.

The new 30-kilometer zone, the journalist believes, not only gives Putin a lever to influence the future of Ukraine, but also threatens to slow down the country's integration with the European Union.

Experts believe that the conflict in the Donbass has become a “frozen”. And Kiev "has no chance" to regain control over the region. The buffer zone can be said to be a demarcation line.

As for President Poroshenko, he said: "The question of territorial integrity, the question of independence can not be put up for auction."

However, whatever he may say, analysts admit that the frozen state of the conflict "may persist for months, years or even decades - in the absence of a final solution."

Moreover, the current "weakening" of the conflict helped Russian stocks and the ruble. Even despite the sanctions, the ruble shows excellent results in recent days among the 24 currencies of developing countries tracked by Bloomberg. But the Ukrainian hryvnia is among the worst ...

Poroshenko says today: "I have no doubt that the main, most dangerous part behind is that the war is over." He also hopes that his “peace plan” will work.

Representatives of the British intelligence believe that the current situation will allow Putin to influence the future of Ukraine. The “frozen conflict” will be a serious obstacle to the integration of Ukraine with the EU and NATO and will give Moscow some leverage to influence Kiev.

There is even an opinion of this kind that changes in Ukraine will allow Moscow to quickly get rid of the stranglehold of sanctions.

And, apparently, they understand this.

The publication cites the words of Arseniy Yatsenyuk, who, speaking at the UN General Assembly in New York, called on the United States and the European Union not to lift sanctions against Russia until his country regains control over the entire territory of the country. Yatsenyuk said that a truce is nothing more than Putin’s “showcase for the international community”, it’s just a trick, a “duck”. The United States and the EU would fall on her, from whom Moscow is waiting for the lifting of sanctions.

In September issue from 26 Bloomberg published another article, the authors of which are V. Verbyaniy and D. Krasnolutsk.

Journalists are reminded that Ukraine refused to pay a higher price for gas to Gazprom, which raises understandable concerns about the reliability of Russian gas supplies to Europe: after all, the heating season begins. Today, Gazprom supplies about 30% of gas to Europe, and half of it goes in transit through Ukraine. Slovakia and the Balkan countries, the authors note, have already suffered in 2006 and 2009, when there were cold weather, and supplies were reduced due to disputes.

The likelihood that Russia will stop gas supplies to Europe through Ukraine this winter in order to discredit Ukraine as a transit partner is quite high. True, European countries have filled storage with record volumes of gas, preparing for possible interruptions. As a result, most EU countries will be able to meet their usual gas demand, even if interruptions last for three months.

В article September 27 for the authorship of Eva Krukovskaya, Elena Mazneva and Brian Parkin notes that Russia and Ukraine approached a preliminary agreement on natural gas, which will be valid only for one winter.

If the agreement is approved at the EU level, Ukraine will have to pay Russia 3,1 billion by the end of 2014 for the previously supplied gas. In turn, Russia in the coming months will provide Ukraine with a supply of at least 5 billion cubic meters of gas. This was September 27 was announced by EU Commissioner for Energy Günther Oettinger in Berlin after talks with Russian and Ukrainian energy ministers. In his opinion, the negotiations were "tough, but constructive."

The terms of the deal involve the payment by Ukraine of Russian gas at the price of 385 $ per 1000 cubic meters over the next six months. Gazprom said that such an agreement on price was his last offer.

Experts believe that the deal between Russia and Ukraine could mean higher reliability of supply and lower gas prices in the winter.

Fredrik Erikson (Fredrik Erixon), director of the European Center for International Political Economy in Brussels, believes that Putin’s strategic goal is to destabilize Ukraine. "People are deceiving themselves if they consider that they can sign a contract with Putin," he says. According to him, any signed deal will last several weeks or months, and then the Kremlin will “find a new reason” to continue destabilizing the situation.

Bloomberg further notes that Ukraine will adopt the September 30 gas decision. This was said in Berlin by Energy Minister Yuri Prodan.

As for the “reverse” supplies, the Kremlin challenged them, saying that such deliveries by existing contracts between Gazprom and its consumers in Europe are not provided.

Hungary has already suspended the supply of natural gas to Ukraine for an “indefinite time” due to the projected “significant increase” in domestic demand.

The gas talks on the eve of winter, about which Bloomberg wrote, were predictably resolved on September 29. Indeed, Ukraine will have to fork out.

29.09.2014 on site Vedomosti.ru An article by Galina Starinskaya was published in which Günter Oettinger's words about a Russian-Ukrainian deal are quoted. Everything written in Bloomberg has come true. Russia will receive 3,1 billion.

Ukraine pledged to pay Gazprom $ 2 billion by the end of October, and another $ 1,1 billion will be transferred to Gazprom by the end of 2014.

The Ministry of Energy of the Russian Federation explains that this money is part of the debt in 5,3 of a billion dollars: that is exactly how much Ukrainian Naftogaz owed to Gazprom. The World Bank and the EU can act as a guarantor of repayment, said Russian Energy Minister Alexander Novak.

Ukraine is ready to pay 3,1 billion dollars, these funds are in the accounts of the national bank, said Ukrainian Minister of Fuel and Energy Yuri Prodan.

As for the price of gas in 385 $ for 1000 cube. m, then it all came true. Gazprom, Vedomosti notes, will supply Ukraine in the autumn-winter period (6 months) 5 billion cubic meters. m of gas at a temporary price of 385 $ per thousand cubic meters. Deliveries will go on a prepaid basis.

Now it's up to the final agreement on the decision. It must be approved at the level of the governments of the two countries. Novak believes that oral agreements should first of all be made in writing and sent to three addressees: Russia, Ukraine and the European Commission.

The next meeting is tentatively scheduled for October 2 or 3.

Thus, on the eve of winter, Kiev became much more compliant. And the point here is not that Poroshenko or Yatsenyuk were afraid to freeze their own people (although this too). The point here is in Europe. The bureaucrats sitting in the European Commission were afraid to freeze half of Europe. By the end of September, when the cold winds blew and the snow smelled, Santa Claus Putin overcame not only Kiev, but also Brussels. The result of a slow Kremlin victory is the money in the accounts of the Ukrainian state, which the European Commission will not allow Poroshenko or Yatsenyuk to push in stockings ...