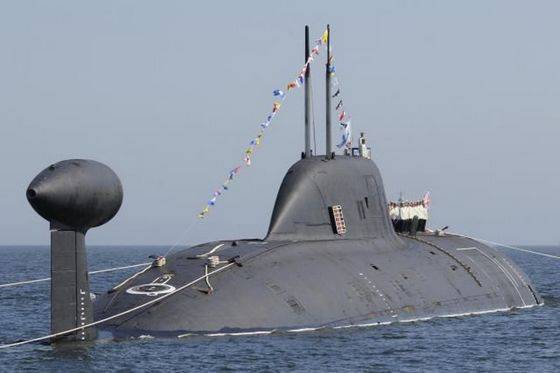 In the Pacific Fleet Military Court of Vladivostok, where the case of the death of 20 sailors on the Nerpa submarine in 2008 was being heard, the experts presented their conclusions on the causes of the tragedy that could drastically change the course of the matter.


According to the expert committee, whose conclusion was read at the hearing, the death of the submariners came not from poisoning with a mixture of two gases - tetrachlorethylene and freon, as mentioned earlier, but from suffocation due to lack of air in the compartment.

This circumstance can take out from under the blows the officials responsible for equipping the fire extinguishing system, which unauthorizedly worked during the submarine's sea trials and is believed to have released a poisonous mixture, Izvestia writes.

However, the conclusion is theoretical. One of the commission's experts proved in theory that any substance that was in the fire extinguishing system, even water, would force out the air, and the sailors would still die, the article says.

Previously, experts and investigators said that it was the composition of the gas that played a decisive role in the death of people. Instead of pure freon in the fire extinguishing system was freon with tetrachlorethylene. On this, the buyers saved about 5 million rubles. The transaction was conducted through a one-day firm, which is trying to find a consequence.

The concentration of poisonous tetrachlorethylene in the mixture was 66%, which is hundreds of times more lethal to humans. Former naval commanders believe that it is necessary to judge those whose fault instead of a harmless gas in the fire extinguishing system turned out to be poison.

The submarine commander Dmitry Lavrentyev and bilge driver Dmitry Grobov are accused in the Nerpa case. The latter, according to investigators, unauthorizedly activated a fire extinguishing system, deciding to see how the control point operates.

During interrogations earlier, he pleaded guilty, but at the trial he unexpectedly denied his previous testimony, saying that the security forces had forced him to incriminate himself.

Now he categorically denies that he pressed any buttons on the control panel, and claims that he has nothing to do with the release of gas. It is worth noting that the second defendant, the commander Lavrentiev, initially said that he doubted the guilt of Grobov. Both figures believe that the sailors want to land at any cost.

In the Petersburg club of submariners, which supports Lavrentiev and Grobov, they previously stated that now the investigators have no evidence of any guilt. They point out that the control system at Nerp should document all keystrokes, but in the case of the fire extinguishing system, no such marks were made.

With regard to the new version of the cause of the death of sailors, the lawyer Lavrentyeva Sergey Bondar called the expert’s opinion absurd. The forensic medical examination showed that the death of the sailors came instantly. If the cause was air displacement, then people would have about an hour to escape, since such a volume of air cannot be instantly displaced, he explained.

We are in Yandex Zen
On the nuclear submarine "Severodvinsk" raised the flag!
India received a nuclear submarine "Nerpa" with a three-year delay
Add a comment
Information
Dear reader, to leave comments on the publication, you must to register.