26 September 2014
6
A subsidiary of the South Korean company Samsung Group is developing a SGR-A1 robot-watch. It is reported that this robot guard has already been tested in a special demilitarized zone, which today separates South Korea from the DPRK. Created by Samsung, the robot guard is able to detect various targets with the help of a rich arsenal of cameras, thermal sensors and motion sensors.


The main task of creating SGR-A1 is to transfer to it the functions that today are carried out by border guards who monitor the demilitarized zone on the Korean Peninsula. It is believed that the use of robotic guards will help reduce the number of possible victims on the part of South Korea in the event that relations between the two countries unexpectedly become complicated.

The first time the robot guard was introduced to the public in 2006 year. At the moment, this electronic guard, which costs about 200 thousand dollars per unit, has an 5,56-mm machine gun in its arsenal, optionally the robot can be equipped with a grenade launcher. The SGR-A1 border guard robot is able to use its infrared sensors as well as cameras of visible light in order to track a large number of targets. 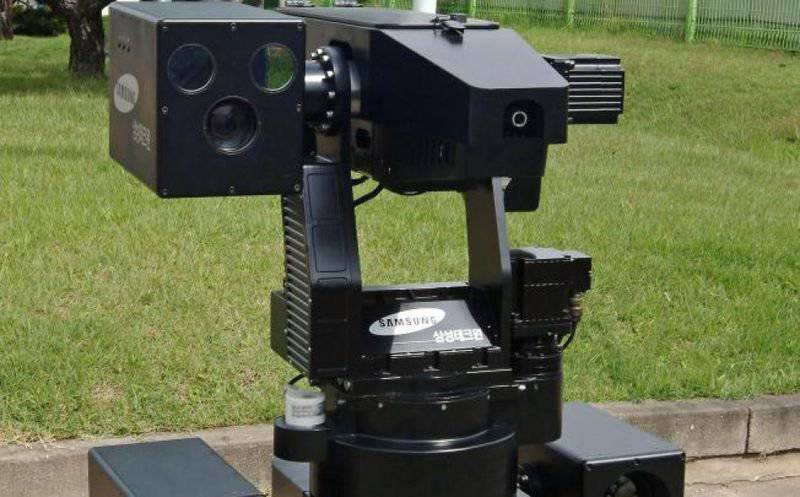 In this case, the robot is controlled by the operator remotely. The person is at a safe distance from the device. According to the developers, the robot guard is able to automatically identify and hit targets at a distance of 3,2 kilometers, he conducts target recognition, the aiming process and its destruction. At this stage, the command to open fire for the defeat is given by the operator of the device. At the same time, when installing SGR-A1 at various points of the demilitarized zone, this robot will not make a distinction between strangers and its own - anyone who crosses a certain line will automatically be recognized as an opponent.

The project, which became known in 2006, has been refined and tested all this time. This model of a robotic device should come to the aid of the South Korean military. The robot will take over the functions of the sentinel. Although the development is still surrounded by a certain veil of secrecy, in the media every now and then leaks some details of the project, which are very few.

The guardian robot or the guard-guard their appearance resembles something model T-1 from the famous movie "Terminator". However, it does not have a chassis and can be equipped with small weapons, as well as a variety of cameras, thermal imagers, motion sensors and even voice recognition system. Such a robotic turret installed in the demilitarized zone should prevent all possible attempts of armed or unlawful penetration by the DPRK. 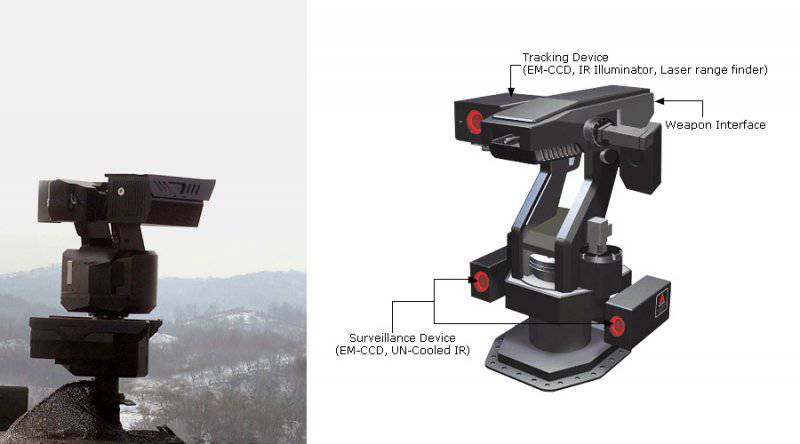 The robot can perform the same tasks as the border guard, using instead of manpower, which minimizes possible losses in the event of an armed conflict on the border. It is reported that SGR-A1 will be an all-weather robot, which will not be afraid of precipitation and other weather troubles. According to the plans of the South Korean military, modern Samsung military robots will be able to take over the functions of protecting the entire perimeter of the demilitarized zone between North and South Korea. The total length of which is 241 kilometer, and its width - 4 kilometer. This zone officially separates the two warring states from 1953 of the year.

It is worth noting that the South Korean government does not spare money for the creation of promising combat robots that can be used to guard the borders with its northern neighbor. This is partly due to the fact that there is a certain shortage of soldiers in the country. In addition to the robots themselves, Korean engineers are also working on creating a security system that would allow them to provide complete control. But even now, many experts openly say that the proposed voice password recognition system can fail, which can lead to accidents, especially in the early years of SGR-A1. It is about using devices offline without operator control.

This problem with 2013 of the year seriously worries the UN representatives. According to the UN Special Rapporteur on extrajudicial and arbitrary executions of Christophe Heins, the use of combat systems that are able to independently decide on the elimination of the target should be prohibited by law. Currently, SGR-A1 combat turret robots are operated by specially trained operators. But the robot can be configured so that it can independently make a decision about opening fire. Robots are equipped with speakers and microphones. They are able to “call out” the intruder and recognize the password he heard “by ear”. If the password is incorrect, the SGR-A1 robot guard can open fire to kill or use non-lethal means - rubber bullets. 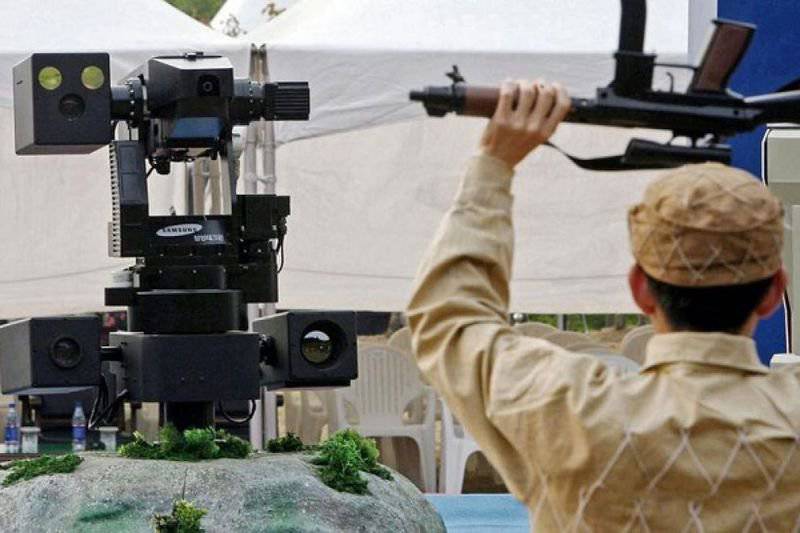 According to Christoph Haynes, robots that can work fully automatically, threaten stability around the world. In addition, such devices simply by their existence create a large number of legal and moral-ethical problems. “A robot cannot have morality, robots are“ immortal, ”so they should not have the right to decide whether to live or die, he says. The specialist expects to convince the UN and the world community to impose a moratorium on the introduction of such systems.