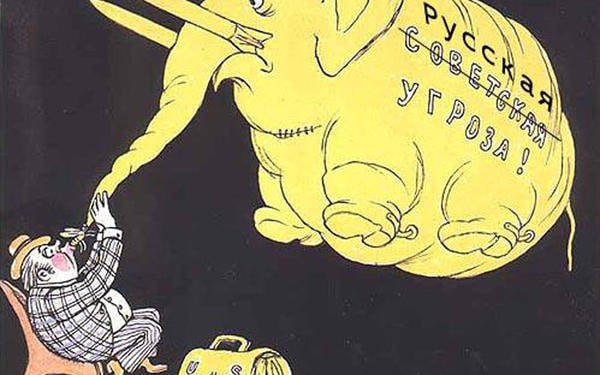 Analysts are wondering if Russia will be an ally of the United States in the fight against the Islamic State terrorist group that has been entrenched in Iraq and Syria? Also, experts argue on whether the "coalition" will support Iran. In the West, Putin is quoted as saying that he recently considers that he is considering the possibility of working with foreign partners. Meanwhile, Obama believes that “Russian aggression in Europe” will be more terrible than the acts of the Islamists in Syria and Iraq.

Indeed, Vladimir Putin discussed the terrorist threat of the IG at a meeting of the Russian Security Council on September 22. “The permanent members of the Security Council exchanged views on possible forms of interaction with other partners in terms of countering ISIL at the present time within the framework of international law. The issue of expanding Russia's participation in international efforts to combat the Ebola virus was also touched on, ” RBC Press Secretary to President Dmitry Peskov.

However, as reported on September 23 "Vesti"Vladimir Putin, speaking on the phone with UN Secretary General Ban Ki-moon, discussing the topic of fighting the extremist group, stressed that the air strikes on the IG bases located in Syria should not be carried out without the consent of the Syrian government.

"AT. V. Putin and Ban Ki-moon exchanged views on the unification of the efforts of the international community aimed at combating the Islamic State grouping, the message of the head of state’s press service leads to Vesti. “From the Russian side, it was emphasized that air strikes against terrorist bases of the Islamic State located in Syria should not be carried out without the consent of the Syrian government.”

Mac & Gaydos Browsers (KTAR News) believe that although the majority of Americans share the events in the Middle East and Ukraine, nevertheless, there is a connection between the two conflicts on the world stage.

This connection, analysts point out, may even include partnership with Russia on one front, and confrontation with it on the other.

CNN recently reported, observers remind that the United States and Russia could be on the same team if Ukraine agreed to autonomize several rebel cities for three years.

Yes. This is hard. However, the former Kremlin adviser Alexander Nekrasov believes that such a proposal in Ukraine can be viewed as an “olive branch” that Barack Obama can convey to Vladimir Putin.

The response proposal from the White House administration would consist in a request to Russia for assistance in fighting the IS. No, of course, Obama will never make such a statement in public, journalists add. Therefore, he must use for this the Ukrainian President Petro Poroshenko.

On the other hand, the same Nekrasov said that the Kremlin could not endorse Obama’s plan, since Russia supports President Bashar Assad in Syria. And the United States supports the rebels.

Nevertheless, cooperation between the United States and Russia would be a mutually beneficial partnership that would allow the destruction of the IG.

International Business Times refers to the words of Vladimir Putin, said at a meeting of the Security Council. The publication also recalls that the Iranian government also expressed its willingness to cooperate with the United States in the fight against the Sunni armed group, but in exchange for some relief about the uranium enrichment program.

On the other hand, this information is contradictory: the other day, Iran’s supreme leader Ayatollah Ali Khamenei stated that he rejects the US request to cooperate with the Obama administration in the fight against militants. The most curious thing here is that the US administration denies that it made such a request.

True, there is still some unnamed official who was referred to by Reuters: this person said that they changed their position in Iran after meeting in New York with US Secretary of State John Kerry, where the conversation was about not only IG, but also about uranium .

As for the Iranian president, Hassan Rouhani, he criticized the American strategy against the IS, primarily because the operation does not include land combat operations. According to him, expressed in an interview with NBC News, Americans are afraid that their soldiers will die in the war that the White House calls "the fight against terrorism."

John Kerry, US Secretary of State, believes that Iran plays an important role in the fight against the "Islamic State."

As for Russia, there is a lot of unclear. As the representative of the Kremlin, Putin is considering the possibility of interaction with other countries, but he did not specify with which ones. He also did not say whether Russia would consider the coalition partnership, which includes the United States.

But the last Russian news several dispelled the fog of Western analysts.

As handed 24 September Rosbalt, Deputy Foreign Minister of the Russian Federation Gennady Gatilov said that the Russian side would support the draft resolution submitted by the United States to the UN Security Council to combat the Islamic State terrorist group in Syria and Iraq.

“We will support this document, it takes into account our priorities, and we took part in the development of the text,” RIA Novosti quotes Gatilova.

Another clarification followed the next day.

As handed 25 September channel "RT", after Barack Obama’s speech at the UN meeting, Russian Foreign Minister Sergey Lavrov expressed bewilderment over the priorities of the American president. Indeed, according to the leader of the United States, the greatest danger today are: a) the Ebola epidemic; b) “Russian aggression”; c) the conflict in Iraq and Syria.

Obama announced his priorities at the 69 session of the UN General Assembly in New York.

“While we are here, the Ebola outbreak puts pressure on the health system in West Africa and threatens to spread even faster across borders. Russian aggression in Europe recalls the days when big countries oppressed small ones in pursuit of their territorial ambitions. The brutality of terrorists in Syria and Iraq forces us to look into the very heart of darkness, ”the RT president quotes the American president.

At the end of the speech, Sergey Lavrov expressed surprise: "We were given second place among the threats to international peace and stability."

The US President spoke about the place of the United States in the world, emphasizing his own superiority and the exclusivity of his state, said Comrade Lavrov. “This is the position of a country that, in its defense doctrine, prescribed the right to use force at its own discretion, ignoring UN resolutions and other international laws,” our Foreign Minister recalled.

RIA News" indicates that S. Lavrov also warned the international community against the temptation to present IS as the only threat to the Middle East.

"We supported the initiative of the American presidency of the Security Council to adopt a resolution aimed at" turning off oxygen "for any activity of foreign terrorist fighters," the agency quotes Lavrov as saying at the meeting. “At the same time, we would like to caution against temptation to narrow the problem, to pretend that the Islamic State with its inhuman ideology and repulsive executions of journalists is not the only threat to the region,” the minister added.

Comrade Lavrov explained at a meeting of the UN Security Council that Moscow is proposing to convene a conference with the participation of the League of Arab States, the African Union and the permanent members of the Security Council. It is necessary to solve the problem of “chronic conflicts”, and first of all Arab-Israeli, the head of the Russian Foreign Ministry believes.

“It is precisely the unsettledness of the Palestinian issue that has been, for many decades, one of the main reasons for allowing terrorists to receive“ moral support ”and recruit more and more new members,” Lavrov said.

Recall that on the night of September 25, for the third time, the United States launched air strikes against militant positions in Iraq and Syria. Aircraft of Saudi Arabia and the United Arab Emirates took part in the air operation with the US Air Force.

The current attack was undertaken on oil-producing facilities operated by militants. Terrorists derive huge profits from the oil trade by dumping in the market. The price of one barrel of oil from them - from 25 to 50 dollars. According to various sources, IG makes money selling minerals from 1 to 4 million dollars daily.

About seventy people have now died from air attacks. There is evidence of civilians killed as a result of raids. Among the eight victims - three children.