In the Severodvinsk for repair delivered two submarines

24 September 2014
14
Zvezdochka Ship Repair Center was delivered to Severodvinsk from the Pacific fleet 2 nuclear submarines of project 971M "Bratsk" and "Samara", transmits Rossiyskaya Gazeta with reference to the press service of the enterprise. 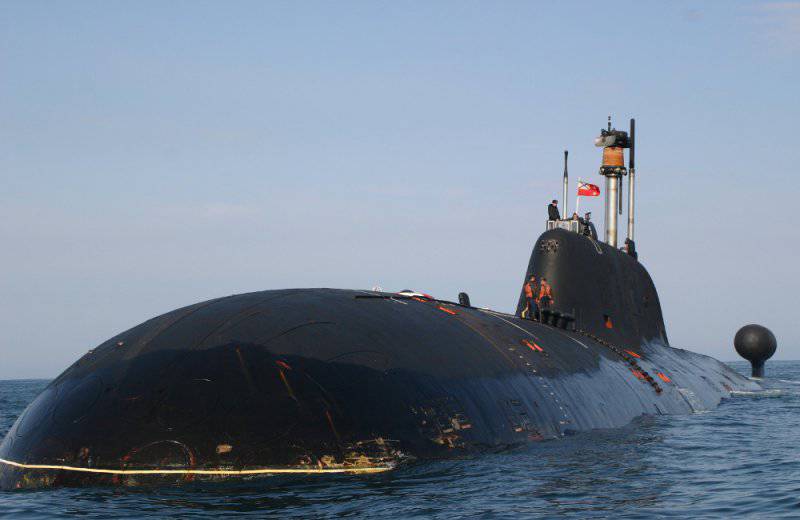 “Submarines were delivered to Pomorie on board the Transshelf dock along the Northern Sea Route. The Dutch company Dokvayz took part in their loading aboard the dock in Avacha Bay of Petropavlovsk-Kamchatsky. "- said in a statement.

According to the press service, both submarines are “unloaded onto water and are now at the entrance to the ports of Arkhangelsk and Severodvinsk.” The bad weather still doesn’t allow them to go to the Zvezdochki berths.

The company recalled that "by decision of the government, the Zvezdochka will perform medium repairs and deep modernization of the entire series of multi-purpose submarines of the 971" Pike-B "project." The plant has already signed contracts for the modernization of 4-x submarines project 971.

Help "Rossiyskaya Gazeta": The nuclear submarine of the 971 Shchuka-B project (according to the NATO classification - Akula-2) was developed at the Malachite St. Petersburg Marine Engineering Bureau. Submarines of this series are considered the most modern and quiet of domestic submarines. They have a length of about 110 m, displacement up to 12 thousands of 770 tons, maximum speed under water - 33 node, depth to 600 meters, crew - 73 person. In service of such submarines are cruise missiles with nuclear warheads RK-55 "Granat", missile-torpedoes, submarine missiles ".
Ctrl Enter
Noticed oshЫbku Highlight text and press. Ctrl + Enter
Military Reviewin Yandex News
Military Reviewin Yandex Zen
14 comments
Ad