We all played ... A letter from a resident of occupied Kiev 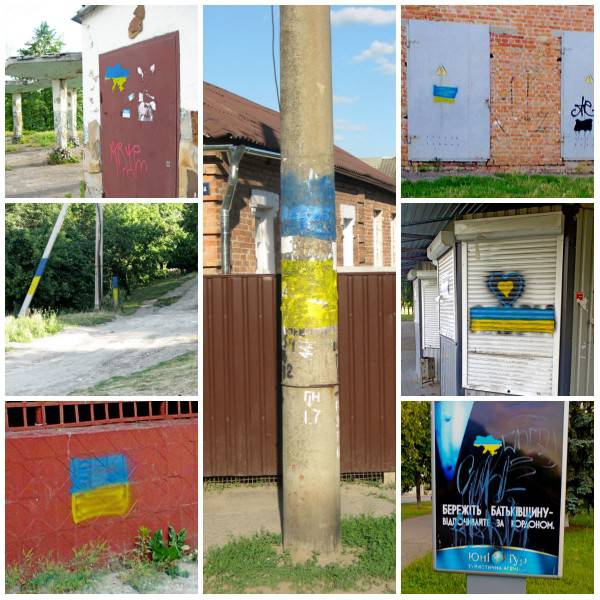 December 2013. These were all young guys, with bright and at the same time some kind of insecure faces who did not understand what was going on around them. They are visitors, they are in the capital, they are also students, but on a business trip in Kiev, they impose some sort of order, they do something Important, something so important that it is shown on TV and relatives and acquaintances can watch them. Driving through the block posts, which were scattered throughout the city, I saw only such faces and I did not see any bad people. I sincerely wanted to help the guys who freeze with these aluminum shields during the day and night. I did not see those despots who were already drawing TV every day, I would even say more. There were no despots there !!! But even then it was the beginning of the end of the word Ukraine!

God knows, I didn’t understand that this is the beginning of the end of everything I’m used to for the years of this most independent country in which every scum can tell me how to live, what I love, what language I think! I am far from all this antics and duplicity, I witness that they told me about my Russian language and about where I need to go, it was all there is! And the Swastika and Bandera march it all was !!! Do not lie to anyone, because you need to be honest - IT WAS ALL!

The quintessence is these two months January and February 2014. I often remember those guys from the "Berkut" and I think what happened to them, with the driver of the BTR, who was very afraid that he would be burned alive. I am so ashamed of everything that happened to them then, to everyone who was there. I saw so much of everything, on the other unpopular side today, I am so ashamed that I couldn’t do anything, that there were so many of us who were not indifferent, who understood what was really happening, and we didn’t do anything.

Today this is what crossed out everything yesterday, everything that crossed out ... not even twenty-four years of this country, but crossed out historical memory. “They all played us ...” I look today at what is happening and I don’t understand who all these people who are leading us to the final end are and the question is not that it’s time for frank - Frank heroes and Frank villains, there is no middle ground today ! I don’t understand why they are so with their country, with the people who inhabit this country, because you just can’t immerse yourself in poverty and chaos, overthrowing it with supposedly good deeds, some kind of fictitious battles with super evil. Plunging all the people into wild hardships, to which this very people did not subscribe either then or now. What is it - the presidential election was and meant you will not have a job? You will not have heat, housing, and so on on the list !? There, that somewhere there was an equal sign! ???

I want to shout Country stop! Country stop lying, country stop! Country realize we are not super-power, understand, find your position! Understand where you are Country that you know how and want to do! ? What can you live for !? And do not lie more country!? You are not a space power, you do not want to reap or sow, so what do you want a country !? All of the quick twenty-four years we all parasitically unrelatedly on the fact that these so hated komunyaks created so much !!! It was they who built these cities, these roads, these TECs and power lines, these power plants and these out-of-date plants — all this was parasitic for, all this time! But it can not be all infinite, everything is over, everything is in decline! Yes, we were led or narrow-minded or deeply corrupt people! BUT!!!! But honor and praise to them, they understood the rules of life, they did not bomb their cities, they did not burn thousands of their own citizens for the sake of ... (and really for what) what idea is it now !? What is left over today !? My country (YES YES my country, although I say this in Russian) is bleeding from outright scoundrels and outright heroes, but they are all my countrymen .... They are not strangers to me! All around impoverished! And what in return !? Fences painted in yellow-blakitny color! ??? And it's all!???? Everything that happens around it is like a strong half-drunk from which scary! But is it really scary in this city Only me !!!! ??? Is it ALL happening? Lord, when is the dawn !!! ???

Ps. The text is really very emotional, well reflecting the feelings of people in a man-made hell, into which they turned the surrounding society. It's really scary, especially when you look at it not from the outside, but you are inside the insanity that is happening.