24 September 2014
10
On September 17, a government delegation headed by Prime Minister Dmitry Medvedev visited the test site of the Geodesy Research Institute, located in the town of Krasnoarmeisk, near Moscow. Officials showed the latest developments in the field of robotics and remotely operated vehicles. Representatives of the country's leadership familiarized themselves with the latest robotic complexes for various purposes, from ground-based engineering systems to multifunctional underwater vehicles. The latter were presented by the Vladivostok Institute of Marine Technology Problems of the Far Eastern Branch of the Russian Academy of Sciences (IPMT FEB RAS).

The main exhibit at the IPMT booth of the Far East Branch of the Russian Academy of Sciences was a multifunctional complex of illumination of the bottom atmosphere. This system is designed to control specified water areas, including the bottom. Elements of the complex are able to monitor the situation in a given area and respond to emerging threats. In particular, the complex is able to find and destroy sea mines. Leonid Naumov, Director of IPMT, Far East Branch of the Russian Academy of Sciences, said that foreign specialists are interested in the new complex. This fact is considered a reason for pride, since it speaks of the high positions of Russian science in the field of underwater robotics.

It is proposed to monitor the situation in a given water area using a device that looks like a torpedo. The power plant, batteries and a set of special equipment are mounted in an elongated body. The on-board equipment includes an automatic control system with navigation equipment, a sonar and several other systems designed for surveying the bottom. The equipment used makes it possible in the shortest possible time to create a detailed volume map of a given area in the open sea or at the coast.

In the event of the detection of a potentially hazardous object, a second underwater vehicle of the multifunctional complex for illumination of the bottom situation should be connected to work. This unit is equipped with a remote control system and acts on the commands of the operator, located on the shore or on board the carrier ship. To monitor the actions of the device, the operator must use an optical-electronic system with a high-resolution camera. If the detected object is a danger to ships or coastal structures, the submersible can destroy it with a directional explosion.

The capabilities of the multifunctional complex of illumination of the bottom environment, developed by the staff of IPMT FEB RAS, allow to perform a number of different tasks related to the control of a certain space. They can inspect the bottom in specified areas, for example, in the waters of ports, as well as monitor the status of port facilities and underwater parts of vessels. Thus, depending on the task, the complex can be used not only as a means of searching for various potentially dangerous objects, but also as a multifunctional survey system.

The Director of the IMPT FEB RAS L. Naumov said that shortly before the event in Krasnoarmeysk, the institute's specialists returned from the Crimea, where, together with the military, they were testing a new complex. Specialists checked the operation of the system in the Russian waters of the Black Sea and highly appreciated its capabilities. In 2012, a promising system was used in Vladivostok during the preparation for the APEC summit. Using new devices, specialists in just two days were able to survey several bays near Russky Island and detect over 2,7 thousands of dangerous items, including 7 sea mines left after the Russian-Japanese and World War II.

Prime Minister Dmitry Medvedev became interested in the promising development of Far Eastern scientists. He believes that this technique is desirable to run in the series. Then, according to the prime minister, "you can definitely be proud." It should be noted that some new developments of IPMT FEB RAS have already interested potential customers. Representatives of the institute showed the prime minister an unmanned helicopter and a remote-controlled boat with machine guns. According to L. Naumov, the Ministry of Defense not only showed interest in this technique, but already ordered it.

The specialists of IPMT FEB RAS are engaged in several projects of advanced submarine technology, built according to original schemes. During the recent exhibition was presented so-called. glider. Such an apparatus, unlike the others, does not use a propeller or any other traditional propulsor. The movement of such an apparatus is provided by a pneumatic accumulator and fins-wings. A pneumatic battery changes the buoyancy of the machine, causing it to sink or float. The fins, in turn, "turn" the vertical movement in the horizontal. Such a system provides high autonomy for the underwater vehicle: the glider can operate for one month on a single battery charge.

Gliders are able to survey a given water area for a long time. In addition, they do not make noise during operation, due to which they cannot be detected with the help of existing and prospective hydroacoustic systems. Thus, gliders can be used for imperceptible continuous monitoring of the situation in specified areas.

The Institute of Marine Technology Problems of the Far Eastern Branch of the Russian Academy of Sciences has been engaged in the subject of underwater robotics since the seventies. Over the past decades, specialists from Vladivostok have developed a large number of various equipment designed to solve various problems. Some developments of IPMT FEB RAS attracted the attention of foreign customers and are being supplied to other countries. Underwater vehicles of Russian development enjoy some success in China, South Korea and even in the United States. 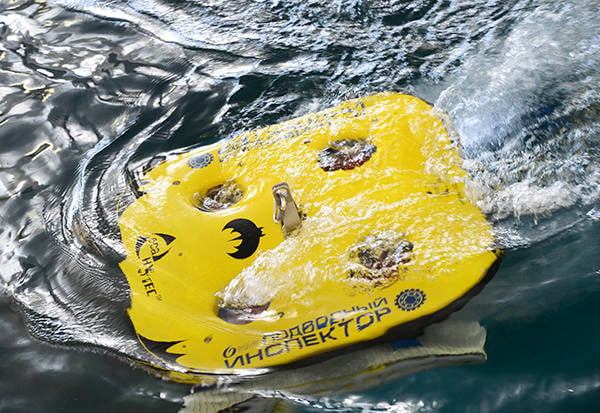 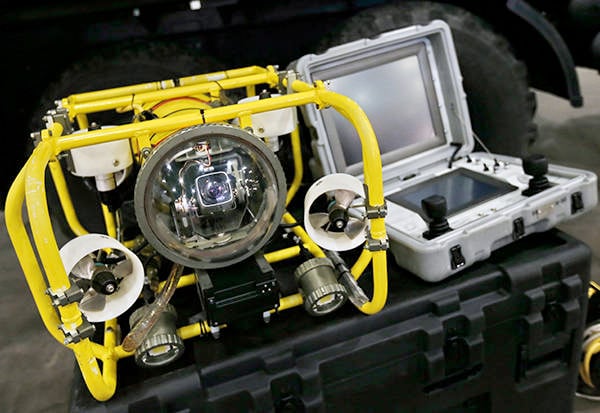 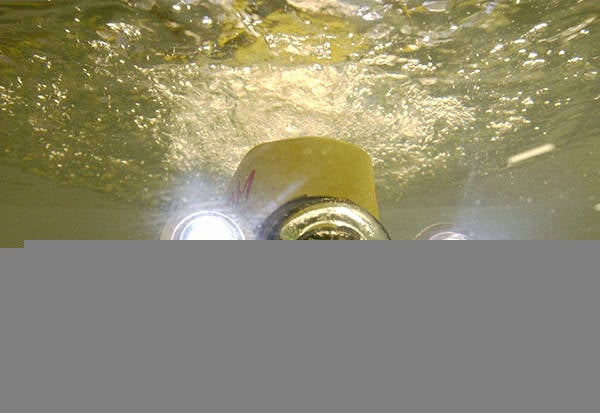 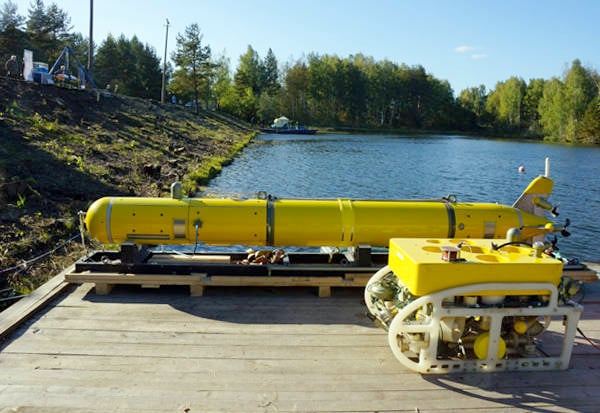 Under the leadership of Corresponding Member of the Russian Academy of Sciences Leonid Naumov, underwater cyborgs have been created that can find and destroy any target.