Aviation Week & Space Technology: future bombers are being created in China and Russia

23 September 2014
47
Currently, the leading countries of the world are engaged in the creation of projects of promising strategic bombers. These projects are the first since the end of the Cold War and therefore attract the attention of both specialists and the general public. On September 15, Aviation Week & Space Technology published an article Future Bombers Under Study In China And Russia, which tells about new projects of the Chinese and Russian aviation industry.


The authors Bill Sweetman and Richard D. Fisher remind that the development of the American project LRS-B, which aims to create a promising long-range bomber for the US Air Force, will only start next year. However, Russia and China have already begun to develop their projects of a similar purpose and, to date, appear to have achieved some success. The Russian project, PAK DA (Advanced Aviation Complex of Long-Range Aviation) will be the first such development since the late seventies. The Chinese bomber, in turn, will be the first aircraft of its class, created in China.

The development of the aircraft PAK DA is engaged in the company "Tupolev". The designers of this organization have worked on long-range bomber since the Second World War and have gained considerable experience. B. Sweetman and R.D. Fisher was reminded that the decision to create a new strategic bomber for the Russian Air Force was made in 2007 year. At the same time, it was decided to update the existing long-range aviation equipment so that it could fully carry out the tasks assigned to it before the appearance of new aircraft.

According to the authors of Aviation Week & Space Technology, a large number of applications were submitted for the PAK DA program competition. A variety of aircraft were offered, including super- or hypersonic missile carriers. Nevertheless, the four projects that reached the final of the competition had a different look. These were projects of subsonic aircraft, made according to the "flying wing" scheme. American journalists believe that the version of the project chosen in 2012 is the first such Russian development in which the so-called. stealth technology.

At the end of last year, it was reported that project work under the PAK DA program will start in 2014. At the same time it was announced that the first flight of the new aircraft should take place in the 2019 year, and the tests will be completed by the middle of the next decade. Thus, by the year 2023-25 it is planned to begin supplying new equipment to the troops. According to B. Sweetman and R.D. Fisher, in the development of a new bomber firm "Tupolev" will help Samara Scientific-Technical Complex. N.D. Kuznetsova, whose staff must develop a new turbojet engine. The article states that this engine will be created using the HK-32 engine units used on Tu-160 bombers.

In the open access there is almost no information about the future aircraft PAK DA. However, B. Sweetman and R.D. Fisher decided to analyze the state of Russian long-range aviation and present the appearance and prospects of the new aircraft.

According to the authors of the article Future Bombers Under Study In China And Russia, currently the Russian Air Force uses 13 Tu-160 aircraft, 63 Tu-95MS bomber and some Tu-22М3 bomber. It is noted that the Tu-95MS are the carriers of cruise missiles, and the Tu-22М3 are designed to attack aircraft carriers and ship groups of the enemy. The task of attacking ground targets is gradually removed from the Tu-22М3 and assigned to the new Su-34 front-line bombers.

In 2012, the upcoming modernization of Tu-160 bomber was announced. By the year 2020 they will be updated to the state of Tu-160M. Three years earlier, it became known about the modernization of the Tu-95MS rocket carriers to the MSM state. Both modernization projects involve the installation of new electronic equipment, designed to improve the performance of aircraft. 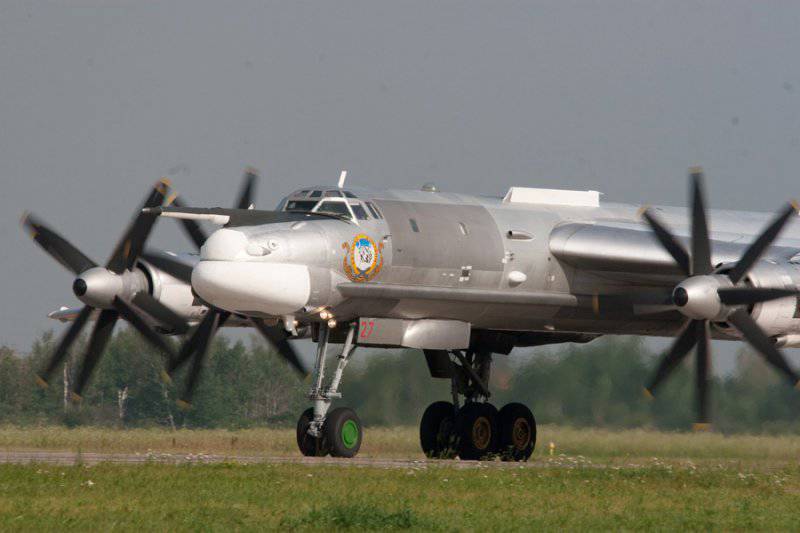 It is supposed to modernize not only aircraft, but also engines. In 2010, it became known about the resumption of production of NK-32 engines. The first batch of engines of the new production should be off the assembly line in 2016 year. The project was estimated at 220 million US dollars (8 billion rubles). The new engines will be used on existing Tu-160 bombers, as well as become the groundwork for the operation of PAK DA aircraft.

Bombers Tu-160 and Tu-95MS are armed with long-range cruise missiles. Since the beginning of the last decade, according to B. Sweetman and R. D. Fisher, Russia has developed two new projects of similar weapons. The first is the X-555. This rocket is an upgraded version of the product X-55. The missile is equipped with a combined inertia and radar guidance system. The second development of the last time - the X-101 rocket (X-102) with a conventional or nuclear warhead. 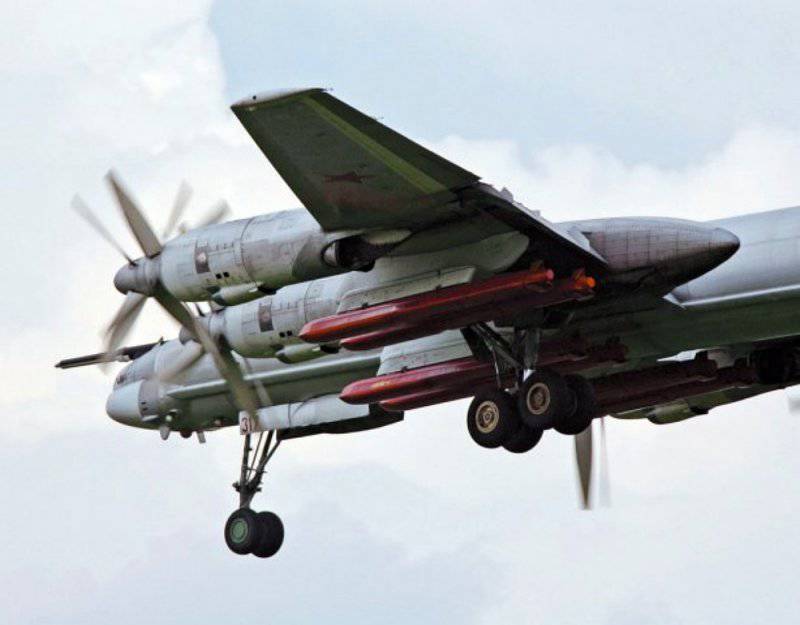 Presumably prototypes or mock-ups of the X-101 XRUMD under the Tu-95MS board No. 317 (red), photo no later than 2007 (http://forum.keypublishing.com, http://militaryrussia.ru)

According to American journalists, the current modernization projects of Russian long-range bombers will allow them to continue operating for 5-10 years after the start of service for PAK DA aircraft. In this case, the old and new aircraft will be assigned various combat missions, depending on their characteristics and capabilities.

B. Sweetman and R.D. Fisher pay attention to the available information about the power plant bomber PAK DA. The use of units and designs for a relatively old project NK-32, in their opinion, may indicate that the Russian military are traditionally not going to hope for refueling in flight and want to get an airplane with a long range at one refueling. In addition, the new engine will not be equipped with an afterburner. In light of the available data, this allowed the authors of the article to assume that the take-off weight of the PAK DA aircraft would approach 200 tons. This, in turn, will increase the flight range and payload in comparison with existing equipment.

China is also working on its new long-range bomber. It is intended to replace in the air force and naval aviation obsolete aircraft, created on the basis of the Soviet Tu-16 bomber. The Soviet long-range bomber first flew back in the year 1952, and since the year 1959 was operated by the Chinese military. Production of a copy of the Tu-16, called the H-6 (Hong-6), was deployed at the Xian Aircraft Corporation. In the future, the H-6 bomber was repeatedly upgraded and still remains in service. 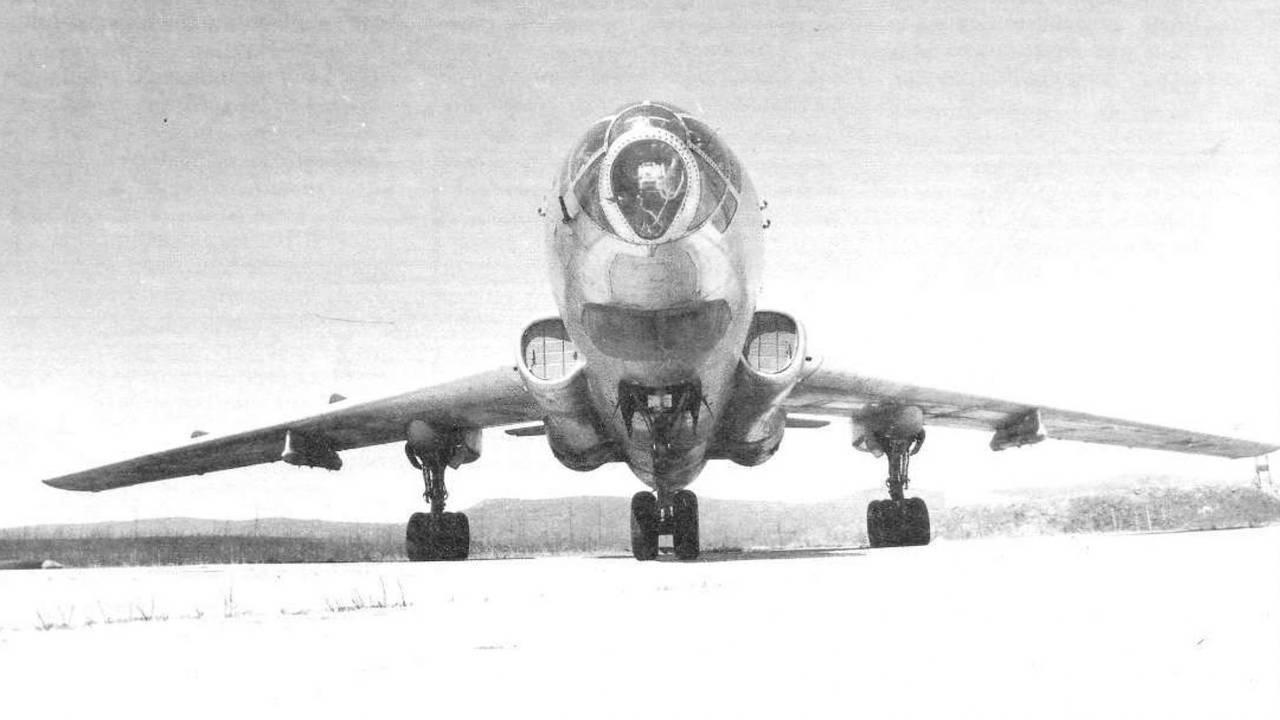 Unfortunately, specialists and the public, the Chinese leadership says almost nothing about their plans to upgrade the fleet of long-range bombers. Nevertheless, as noted by the authors of the publication Future Bombers Under Study In China And Russia, a number of statements by Chinese officials and military, as well as the available unconfirmed information suggest that China’s aviation industry is currently engaged in designing a promising bomber for the needs of the Air Force and Navy. In April last year, the foreign press, citing sources in the Chinese leadership, wrote that the new project really existed and received a designation. The start of operation of this machine is scheduled for 2025 year.

B. Sweetman and R.D. Fisher noted that this timing of the start of operation corresponds to the strategy of China. The new H-20 bomber is able to increase the potential of the Chinese armed forces in the Pacific. It can become a tool for deterring US forces within the so-called. the first chain of islands (conditional line passing through Japan, Taiwan, the Philippines, etc.), as well as perform assigned tasks in more remote areas. In addition, in some cases, the new long-range aircraft will be able to assist the naval forces, which in the future should receive new aircraft carriers, deck fighters and landing ships.

Rumors about the development of a new Chinese strategic bomber have been around since the mid-nineties. Later, an opinion emerged that an airstrike on the Chinese embassy in Belgrade, produced in May 1999, could have contributed to this project. As a result of this incident, China received some debris from an American missile launched from a B-2 bomber. According to some reports, Chinese experts have studied these "trophies" and use the information obtained for their own purposes.

The second source of information on advanced American developments, which can be used in projects in China, is considered the designer Noshir Govadiya. During 18 for years, he worked at Northrop Grumman and participated in the creation of the powerplant of the B-2. In the 2011 year, N. Govadiya was sentenced to 32 years of imprisonment for spying for China. The exact amount of data transmitted by the spy engineer is still unknown. It is possible that all this information was transferred to the study of Chinese aircraft designers.

According to the authors of the article in Aviation Week & Space Technology, Xian Aircraft Corporation may be the general contractor for the H-20 project, since it was she who was engaged in the creation of modifications of the old H-6 aircraft. B. Sweetman and R.D. Fisher believes that the Chinese strategic bomber, like its Russian counterpart, will be a subsonic "flying wing".

An indirect confirmation of the existence of a new project can be considered the words of Air Force Lt. Col. U Guohui, an assistant professor at the PLA Defense Science and Technology University. In October last year, he stated that long-range bombers were again becoming a priority. According to him, in the past, China was weak with respect to the bombers, but in the future the situation should change. The country will pay due attention to new projects in the field of bomber aviation.

A little later, in December 2013, another representative of the Defense University of Science and Technology, Fu Guangwen, commented on the situation. He said that the development of Chinese bombers is facing problems in the field of materials science and engine building. In addition, he mentioned that the promising bomber of the Chinese Air Force should reach the island of Guam and India, as well as control all areas of the South China Sea. In addition, it should be invisible to the enemy’s air defenses, carry an EW complex, and use conventional and nuclear weapons.

In recent years, unverified and unconfirmed information about a promising Chinese long-range bomber has repeatedly appeared. Thus, at the beginning of 2013 and 2014, drawings appeared that depicted a certain airplane of the “flying wing” pattern. Later there was a rumor about the development of an unmanned aerial vehicle that could replace the existing strategic bombers. In May, 2013, the information appeared that the new Chinese bomber will resemble an American aircraft Convair B-58 Hustler, however, they have not received confirmation.

Until a new aircraft is created, the Chinese aviation industry continues to modernize the existing H-6 bombers. According to the authors of the article Future Bombers Under Study In China And Russia, the latest modification of this aircraft, the H-6K, received the latest radio-electronic equipment, the so-called. a glass cabin and a number of other systems, including new weapons.

According to unofficial sources, the Chinese Air Force and Naval Forces currently have X-NUMX H-130C aircraft, and by the 6, their number will grow to 2020 units. This information may indicate that the new aircraft H-180K will serve for a long time. In addition, the potential of long-range aviation will depend on the fleet of tankers. It is supposed to purchase similar equipment and build it yourself. In this case, the exact data on the draft of the new strategic bomber is still lacking.