Over the past ten years, America has actively expanded its military network in the world. 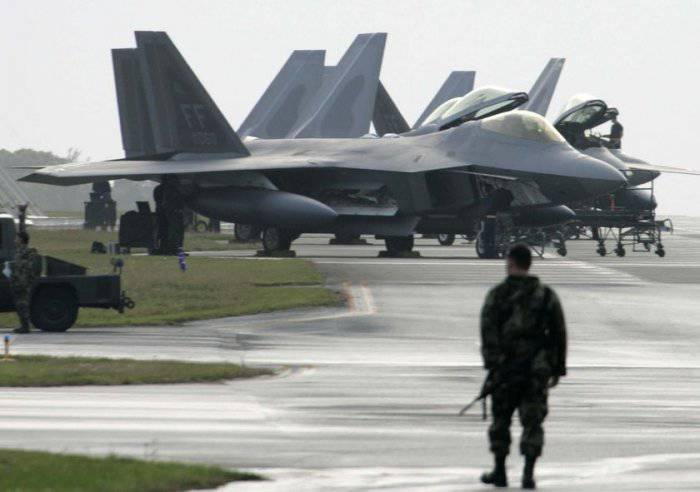 The unprecedented increase in the number of military personnel around the world over the past ten years, carried out to support their forces, strengthened by military actions in countries such as Yugoslavia, Afghanistan, Iraq, Somalia, Pakistan, Yemen and Libya. Thus, the Pentagon is trying to secure new military bases on various continents and in Oceania.

Over the past decade, Americans have received permission to build their bases in dozens of countries abroad, even in those countries that were not available to the United States in the war years and even in the nineties of the twentieth century.

The US military overseas includes many types of troops, such as marines, air force, ground forces, and navy. The main direction of development of military forces deployed in Europe and other countries are anti-missile systems protected by military bases. Radar complexes, arsenals of interceptor missiles, huge satellite observation systems, training bases for recruits of the American army, bases for training special forces are located at the bases.

Alone or cooperating with the North Atlantic Alliance, the Americans built or would soon build military bases and distribute their forces in various places, in each country that would agree to host them, from small observation bases or training camps to strategic air bases in the territory all over Europe, many countries in Africa and Asia.

With the increasing activity of the Northern Distribution Network for deliveries weapons and food for the military in Afghanistan, all but a few former Soviet republics — Ukraine and Moldova — were somehow included in exchange routes for military supplies and equipment intended for use in the longest armed conflict in the world. In January, the Russian government announced that the flights of military aircraft of the states and the NATO bloc over our country to participate in the Afghan war had reached a huge number of “four and a half thousand flights only in one direction per year”. The following month, the Voice of Russia radio station quoted figures that the Foreign Ministry distributed, announced that fifteen thousand US military and twenty thousand tons of cargo had crossed the territory of the Russian Federation on their way to Afghanistan, starting October 2009.

In recent years, the United States has conducted regular military exercises (at least once a year), very often these exercises are held jointly with NATO and NATO’s Asian allies in Romania, Mongolia, Bulgaria, Cambodia, Kazakhstan, and on the African continent (as part of operations such as Flintlock, Africa Endeavor, Natural Fire and Africa Partnership Station).

Most of the bases where American military personnel live and work, assets and military equipment, these are already existing military bases - four each in Romania and Bulgaria, seven in Cambodia, dozens in Iraq and Afghanistan, but also many new ones that were recently built, these are all bases associated with anti-missile shields, as well as the Forward-Based X-Band Radar radar installation, deployed in the 2008 year in the Israeli Negev desert (with a range of three thousand miles), which is served by about one hundred American troops. The Patriot Extended Capability-3 missile battery, sent to Morag, located in Poland, two years ago, along with a huge number of military personnel assigned to the bases. An operation involving Reaper unmanned aerial vehicles that began in the Seychelles in the year of the invasion. Every month, about fifty thousand American, as well as other NATO military blocs go through the exchange center in Kyrgyzstan to the war in Afghanistan and back, and so on. Washington will soon be deploying F-16 squadrons in Poland and a little later in this decade will deploy Standard Missile-3 anti-ballistic interceptors in the same Romania and Poland with corresponding radar installations, which are being deployed in Turkey, Ukraine, and Azerbajana, and in Bulgaria.

Recently built bases in Europe, although they hardly reach the size of those established after the war on the Korean Peninsula, and after World War II, and the thousand-acre Bondsteel camp in Kosovo, but quite sufficient for the needs of the American military forces and their twenty-first century weapons, which mainly switched to unmanned strikes, bombardments and helicopter attacks of increased range, strikes by cruise missiles, and operations carried out by special forces.

The ever-increasing scale of American military activity recently reached a new point, when the Pentagon sent its huge C-5 Galaxy transport aircraft into direct flight without landing from the Dover military air base in Delaware, across the North Pole and Canada, then over the Russian Federation and Kazakhstan to its Bagram military air base in Afghanistan.

The air transport wing, created to provide military air transportation with high-lift aircraft, established by the United States in cooperation with eleven NATO countries and their military partners in 2009 at the Papa air base in Hungary, the First Multinational Strategic Air Transport Operation which already by the second month of this year flew over four thousand hours and delivered over fourteen thousand tons of cargo and over six thousand passengers to countries on all six continents of the Earth, including Sessions held in Afghanistan, Haiti, Europe and South Africa, according to data provided by the US Air Force in Europe.

The same news source said earlier that in 2010, for its military purposes, with the help of the sixty-fifth airborne wing, fifteen thousand airplanes were transported from 22 000 personnel on board from twenty-one countries through the Lages airfield in the Azores Islands of Portugal .

The air bases that were built in countries such as Bulgaria, Afghanistan, Romania and Iraq, were heavily modernized, not only bases for military transport over long distances, but also potential bases for strategic goals that could be to use for their intended purpose, similar in purpose and form to those bases that were developed and equipped after the Second World War in Germany, Italy, Britain, Turkey.

In the last fifty years of the last century, the United States of America could boast of complete military superiority in the entire (controlled by them) Western Hemisphere, Eastern and Western Europe, and most of the Pacific Ocean.

Nowadays, having the same military budget as during World War II, namely, seven hundred thirty billion dollars only this year, and having a state that is ready to call itself the most powerful world power, the Americans are trying to build their military bases and anti-missile systems. around the globe. Thank God, not all countries agree to such baseness.
Ctrl Enter

We are in Yandex Zen
Armed Oceania: are there Pacific Islands armies?
Kenya against Somali terrorists: war on the Horn continues
10 comments
Information
Dear reader, to leave comments on the publication, you must to register.