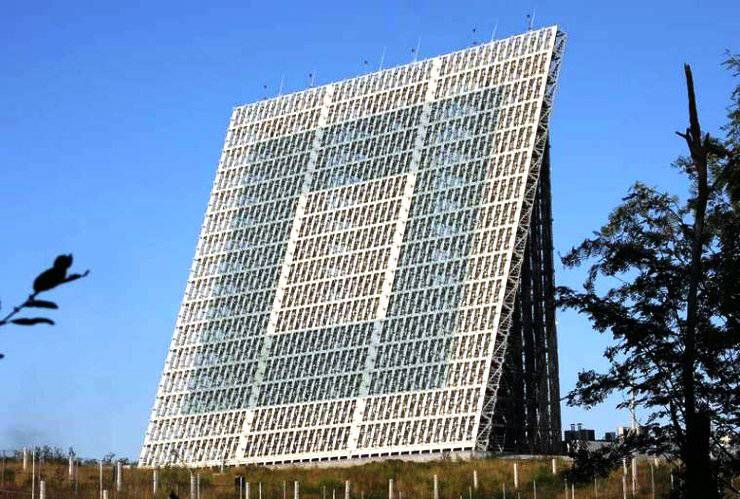 According to the newspaper, “10 years ago, in accordance with the directives of the leadership of the military department in Kuban, a group of the object under construction was formed - an over-the-horizon radar station of the Voronezh high prefabricated rocket attack warning system.”

According to the creators of the project (SRI DAR), the station "is capable of detecting ballistic, space and aerodynamic objects, including ballistic and cruise missiles."

All this time, commanded part of the Colonel Vadim Severov. When he arrived in Armavir in 2004, weeds were still growing on the site of the center. However, soon there began to grow unique buildings that embody the miraculous plans of the Russian "defense industry". On combat duty, the station entered into 2013.


The newspaper writes that "the most modern and today radar is installed in a very difficult direction: it is through its sector that most of the trajectories relating to Europe pass." "Armavir radar covers the southern, south-eastern and south-western borders of the country and" observes "everything that happens outside its borders, from France to China and Mongolia, from Iraq to North Africa," the newspaper notes. Later she took on another load from the radar station located near the city of Gabala (Azerbaijan). The station’s area of ​​responsibility was closed after Russia abandoned its operation due to the high rental cost.

In early September last year, the center recorded the launch of two ballistic missiles in the Mediterranean. At first, none of the states whose ships were present in the specified region were recognized to conduct shooting. Only later did the Pentagon publish information about launches that proved to be missile defense tests conducted by Israel and the United States. It is indicative that no one except the Russian military, who were behind 1,5 thousand km from the theater of events, recorded the flight of target rockets.

The latest launch of a ballistic missile from the Mediterranean waters has been made by Armavir radar station recently - 9 September of this year.