The history of military helmets in Western Europe: from the early Middle Ages to the early Modern Age. Part I

22 September 2014
14
Helmets are among the most famous artifacts of military affairs. Appearing at the dawn of civilization, they almost never completely fell into disuse, constantly improving and developing.

Ursky standard of war. Schumer Approximately 2600 BC Sumerian warriors (in the second row on the left) wearing leather helmets with chin straps 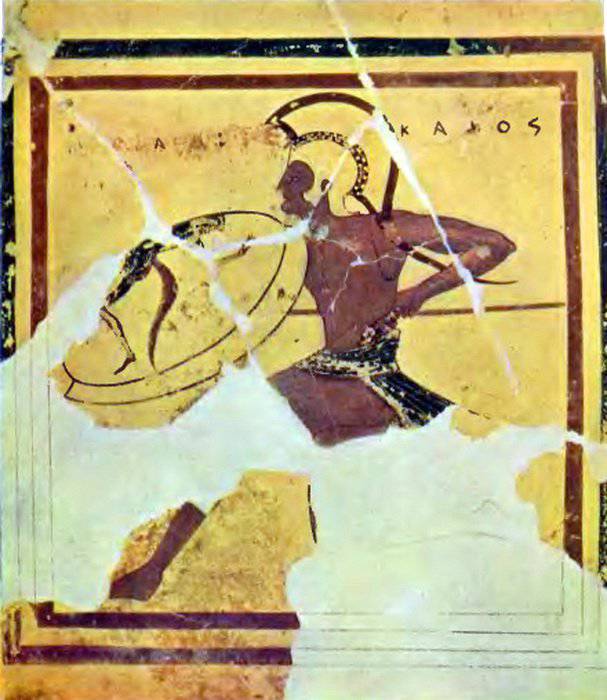 Fresco in honor of Megakl. Athenian Acropolis. VI century. BC. Hoplit in an Attic bronze helmet with a distinctive crest

But, perhaps, helmets reached their greatest prosperity in the Middle Ages and in the early modern times - there were dozens of them. This article is devoted to this interesting historical period. All helmets, photos of which are presented in the article, are genuine artifacts of their time, most of them are museum exhibits. If there is information about weight, it is listed in the description. 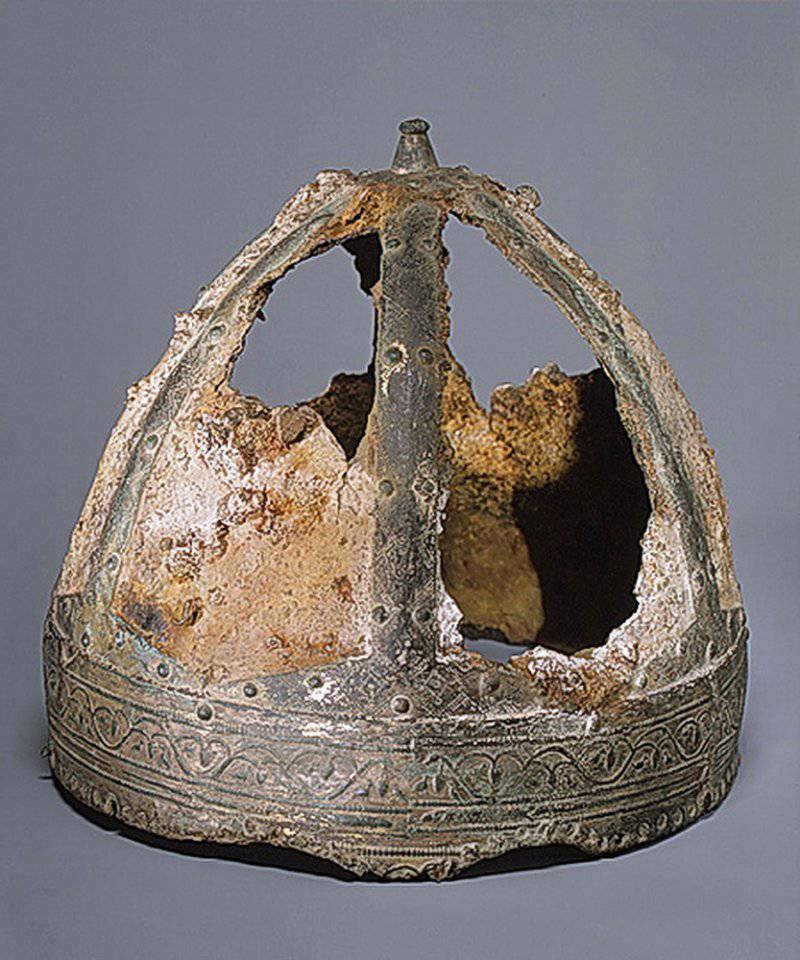 Spangenhelm, from him. Spangenhelm - "rivet helmet", was a popular European combat helmet of the Early Middle Ages. Spangenhelm, in contrast to the nasal, is a segmental helmet of metal strips that form the structure of the helmet. The strips connect three to six steel or bronze plates on rivets. The structure has a conical design. Spangenhelm could include a nose protection (nose mask) or a half mask that protected the upper part of the face and, very rarely, a full face mask. Earlier spangenhelms often include flaps to protect the cheeks, made of metal or leather. Originally, helmets of the Spangenhelm type appeared in Central Asia, more precisely in Ancient Persia, from which, during the times of the decline of the Roman Empire, along the Black Sea, along the Black Sea, penetrated into Europe. 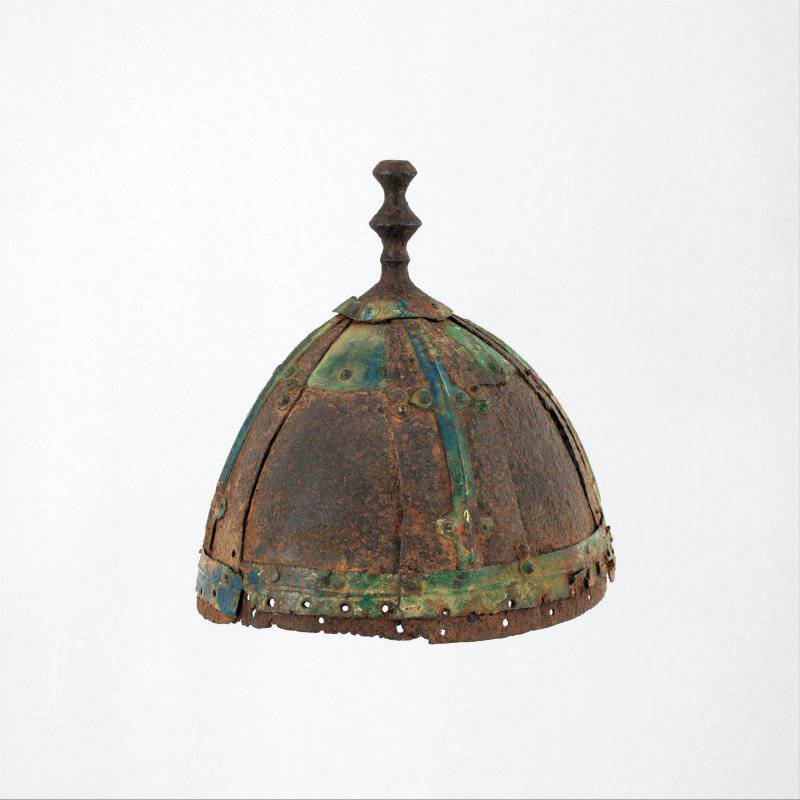 It was in such helmets in Europe in the 5th century that warriors from nomadic tribes of the Eurasian steppes appeared, such as the Sarmatians, whom the collapsing Roman Empire had taken on. By the VI century, it was already the most common helmet in Europe, including the Germans, as well as everywhere in the Middle East. 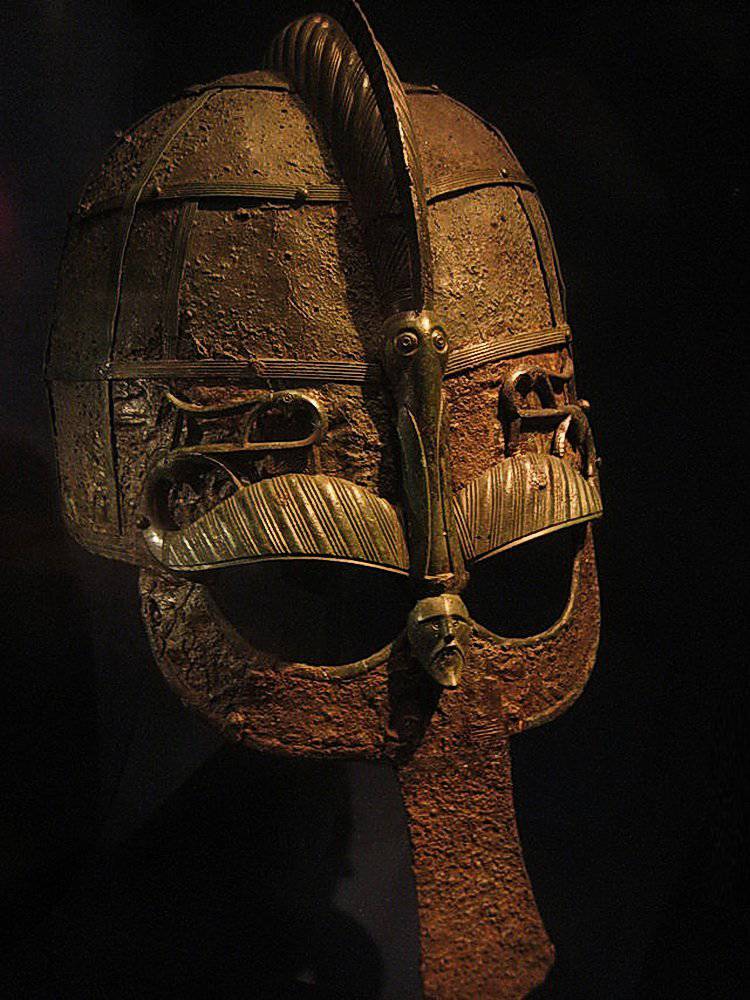 The helmet remained in use at least until the 9th century. Spangenhelm was a helmet with effective protection that was relatively easy to manufacture. However, the weakness of the structure due to segmentation in the end led to its replacement in the IX century with all-metal nasal helmets. 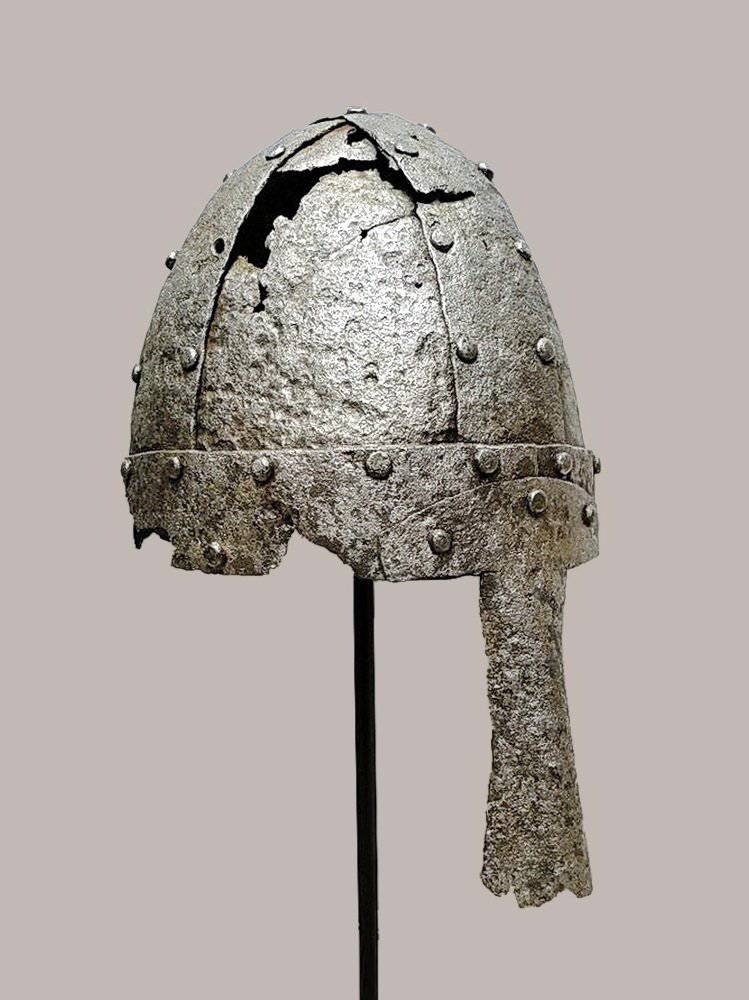 Fig. 4. Nasal helmet. France. The beginning of the XIII century.

Nasal helmet (in the Russian tradition, the Norman helmet), from ang. Nasal Helm - "nose helmet" or "helmet with a bow." - A type of combat helmet used from the Early to the High Middle Ages. It is a further development of the earlier Spangenhelm. The nasal helmet has a domed or raised pointed center, with a single outstanding metal plate that extends down the nose. The plate provides additional face protection. 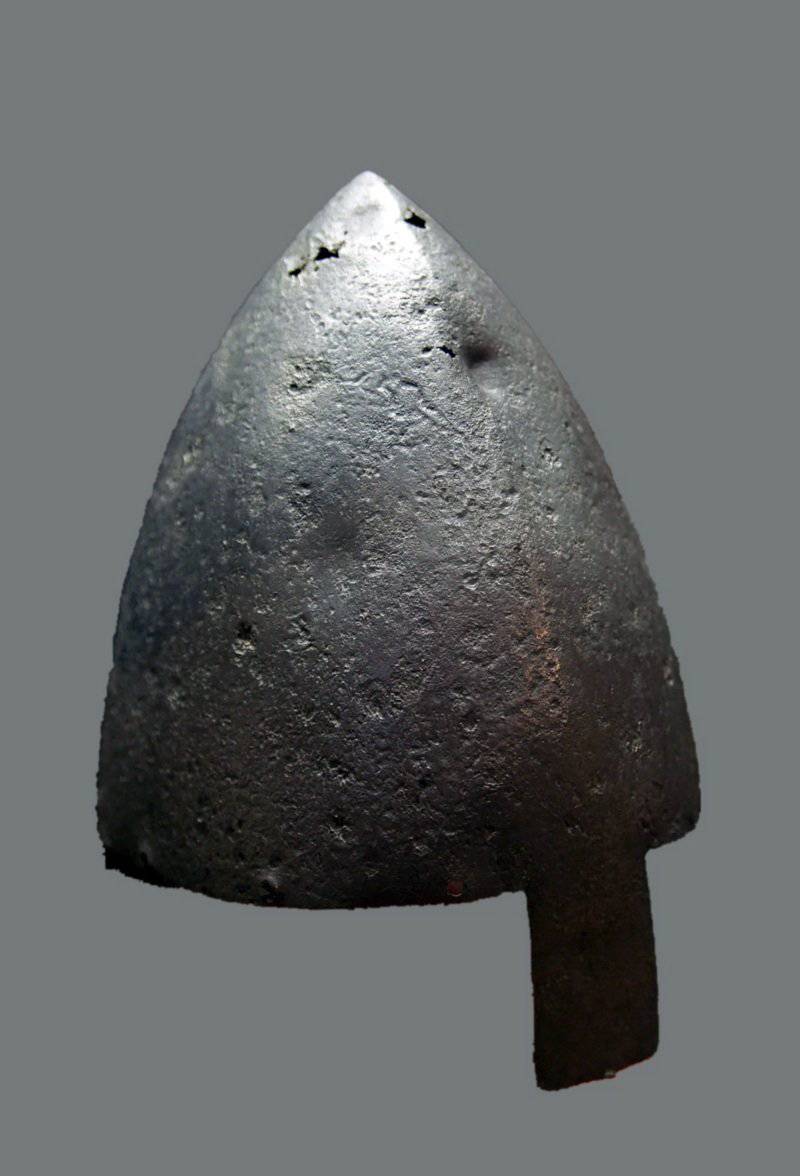 A nasal helmet appears throughout Europe at the end of the 9th century. It becomes the predominant form of head protection, replacing previous Spangenhelms and Wendel-type helmets. He, or rather one of his earliest versions, vasgard, became the most popular form of head protection at that time. The nasal helmet began to lose popularity at the end of the 12th century, yielding to helmets that provided the best facial protection. And although the nasal helmet finally lost its popularity among the higher class of knights by the middle of the XIII century, they were still widely distributed among the archers, for whom a wide field of vision was extremely important. 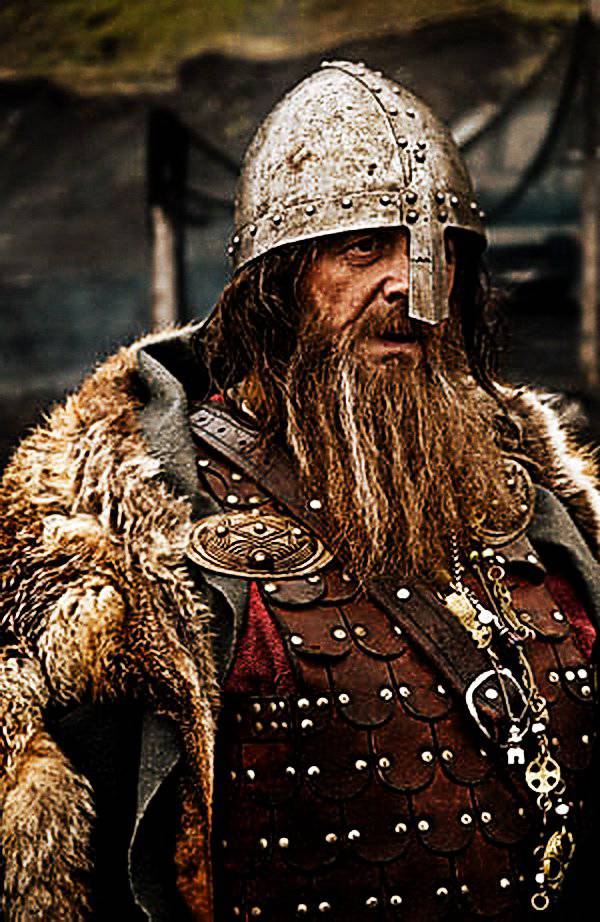 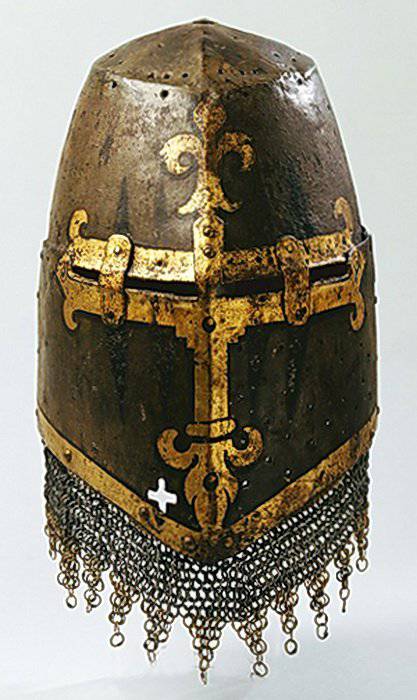 Fig. 7. Topfhelm. Nuremberg. The beginning of the XIV century.

Great helmet (from ang. Great Helm) or topfhelm from him. Topfhelm - "pot helmet", is the most common Western European knightly helmet of the High Middle Ages. In Spain, topfhelms called Yelmo de Zaragoza, the “Zaragoz Helmet,” where they first appeared among the knights on the Iberian Peninsula. It originated at the end of the XII century, in the era of the Crusades, and remained in use until the XIV century. They were massively used by knights and extremely rarely by heavy infantry from around 1220 to 1340. In its simplest form, a large helmet is a flat-topped cylinder that completely covers the head and has only very narrow slits for the eyes and small breathing holes. Later versions of the large helmet received a more curved design to the top, in order to better deflect and reduce the impact of blows. This later version, with a more conical top, is known as a sugar head helmet (from the English Sugarloaf Helm) or kubelhelm helmet. Kubelhelm - "bucket helmet". 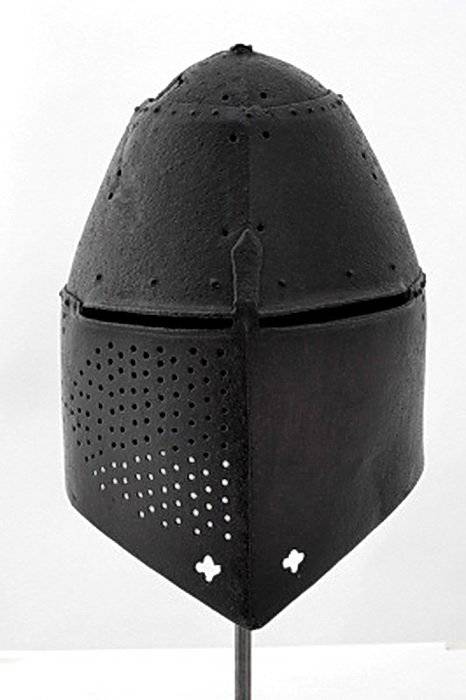 Although a large helmet offered better protection than previous helmets, such as nasal and spangenhelm, it had a major drawback: the owner’s very limited field of view and very poor ventilation, which could not be fixed due to lack of visor. The knights wore a felt comforter under a large helmet, and could also wear a tightly fitting steel hat (hard hat), known as a tservéler. A large mail helmet could also be attached to a mail avanthil to protect the wearer's neck, throat, and shoulders. Gradually, the tserveler developed from his early form into an independent helmet - bascinet, and replaced the large helmet on the battlefield. The Grand Slam gradually fell into disuse during the XIV century, however, and after that it was used for a long time in tournaments. At the tournaments, his new heavy version shtehhelm appeared, from him. Stechhelm - helmet "toad head". 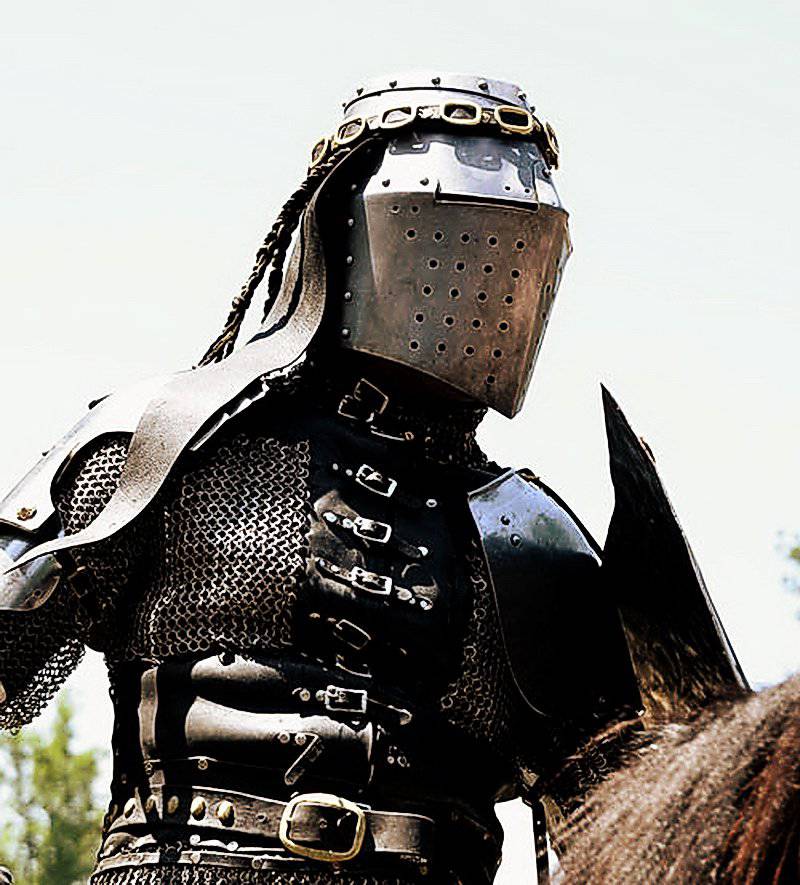 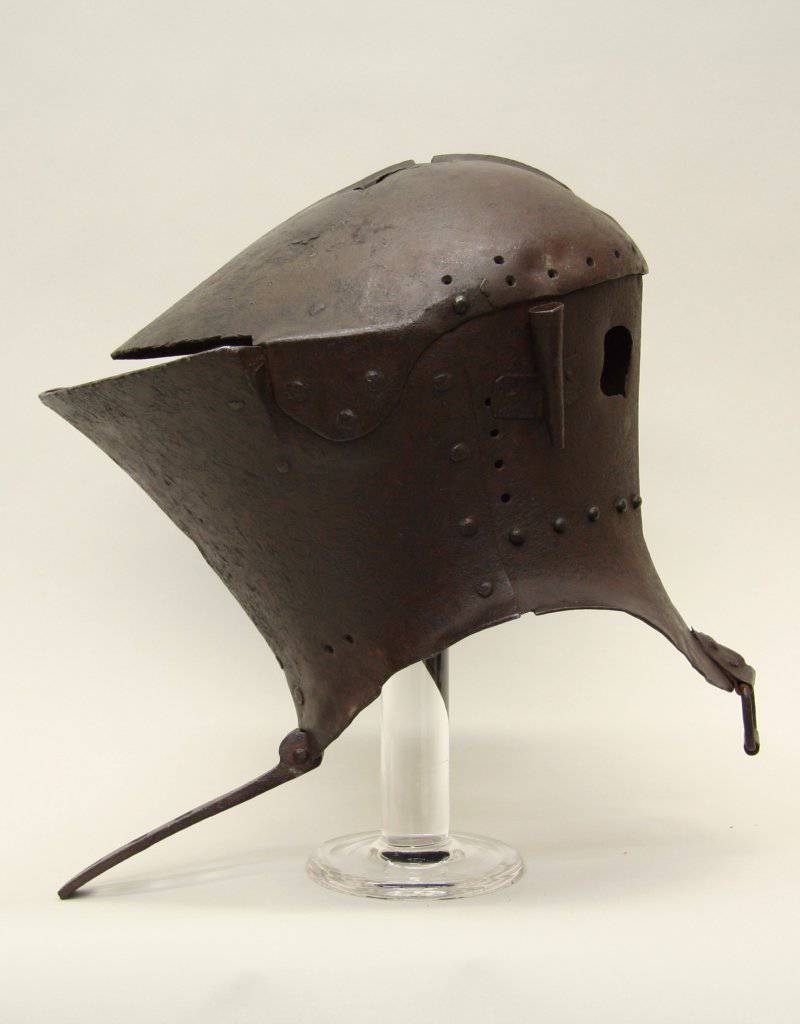 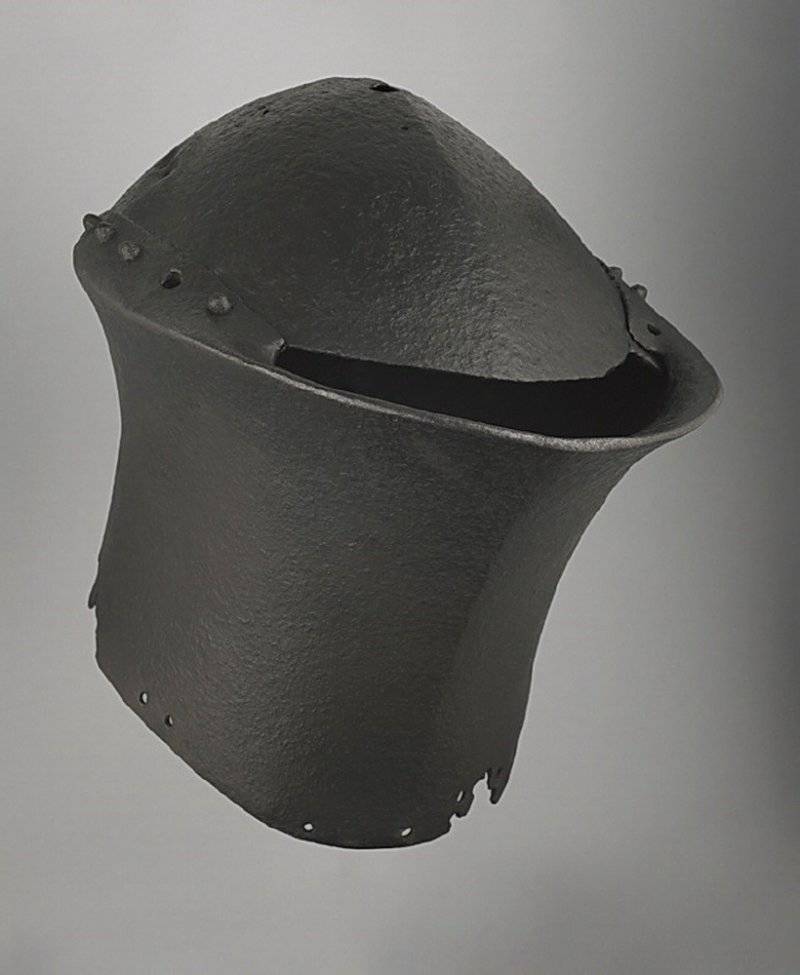 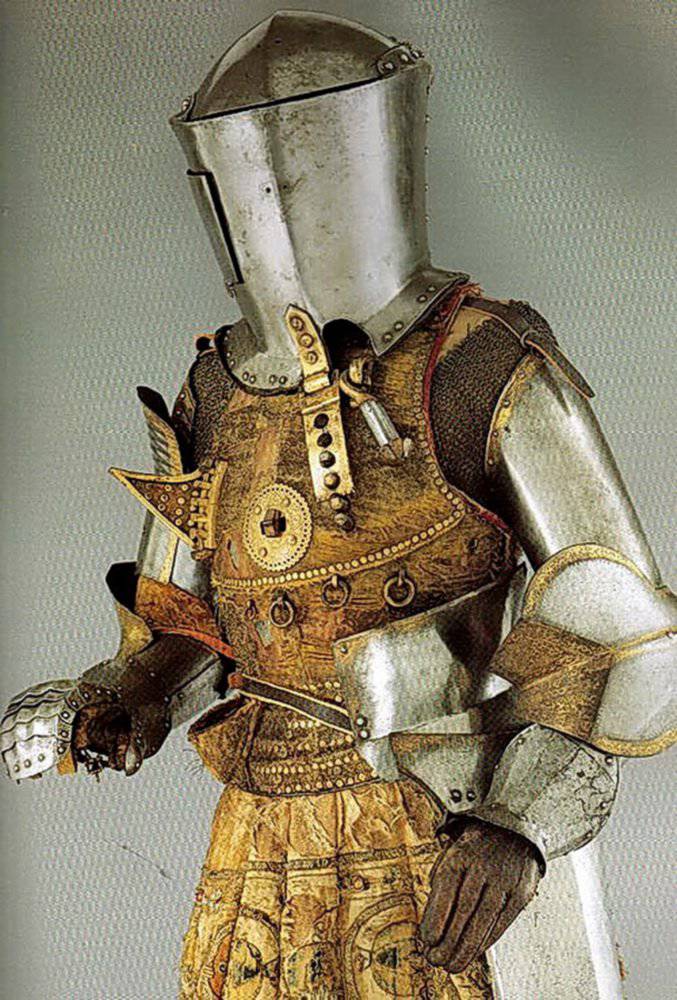 Fig. 12. Composite armor with shtehhelm for tournaments of King of Spain Philip I the Beautiful. Early 16th century 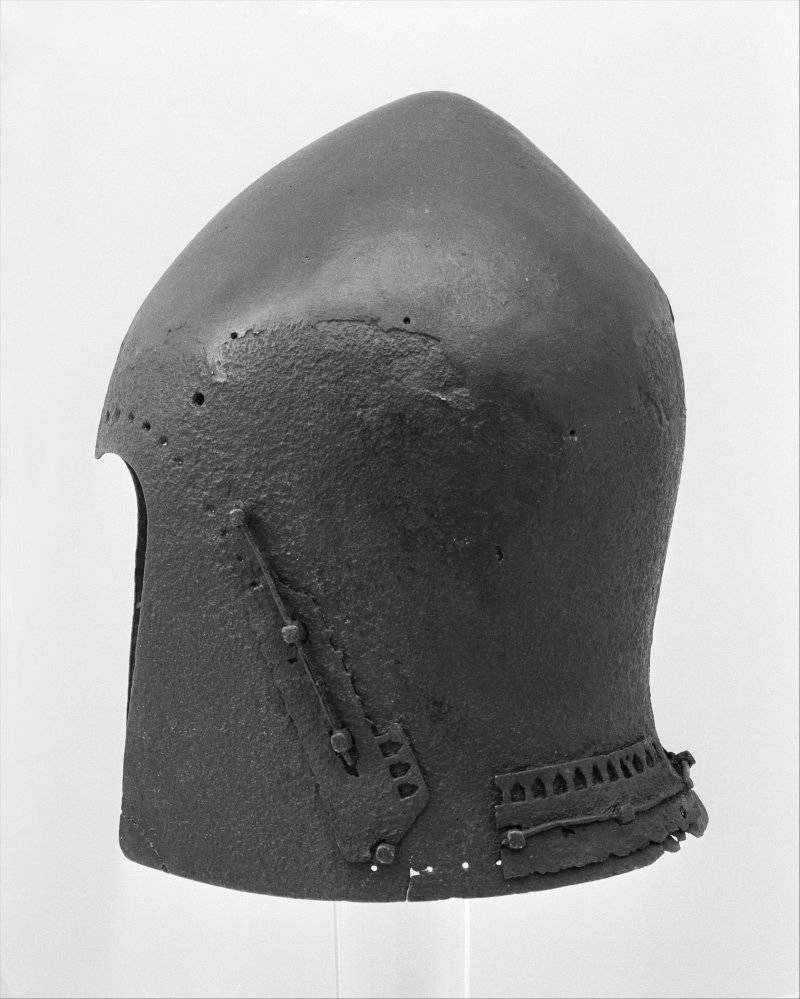 The earliest versions of the bascinet of the beginning of the XIV century had no pick up and were worn under the tophelms. During fierce hand-to-hand combat, knights often refused a large helmet, because it obstructed breathing and had poor visibility. Thus, the presence of an additional smaller helmet under a larger one was a real advantage in hand-to-hand combat. By the middle of the 14th century, most knights abandoned the grand slam in favor of bascinet. Bascinet, mostly of open type, were actively used by infantry. The earliest baczeneta were still open and could even have a nasal plate. However, they quickly appeared visor, mostly conical in shape, for better ventilation. They began to be called Hundsgugel, from him. Hundsgugel - "dog muzzle", as well as "pig snout" (from ang. Pig Faced). The second type was the valve - a visor with a less elongated forward shape, fastened with a single rod in front of the forehead and fixed with straps on the sides, which was most common in Germany. 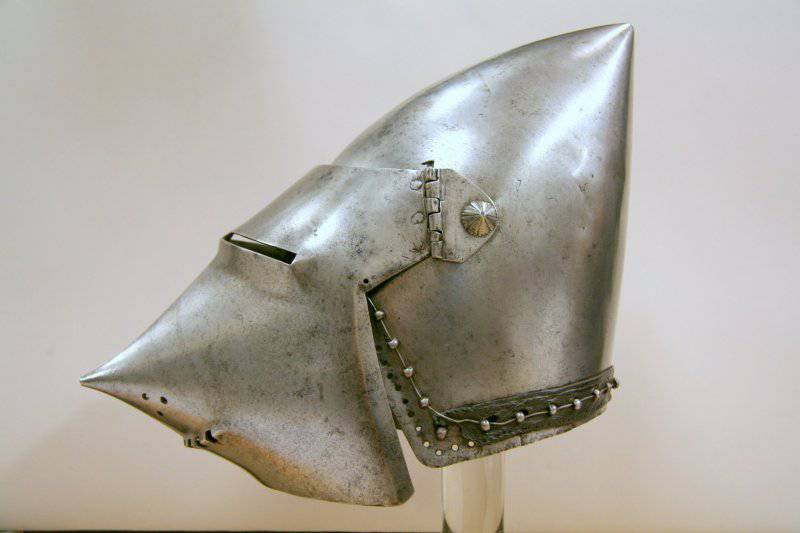 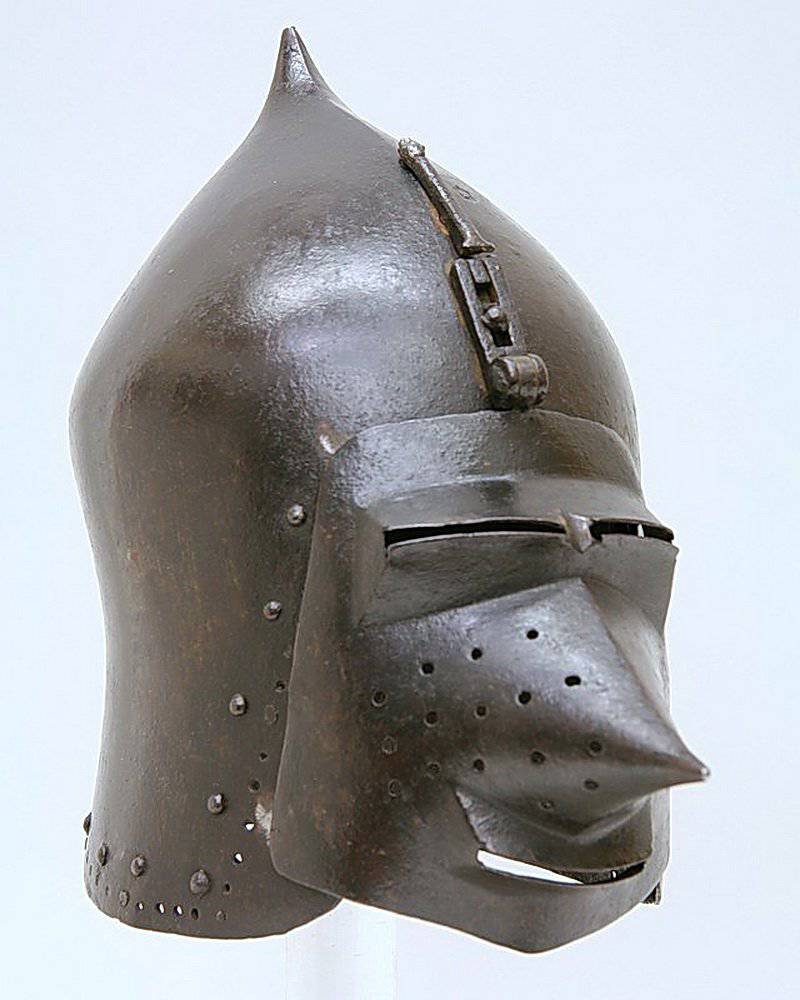 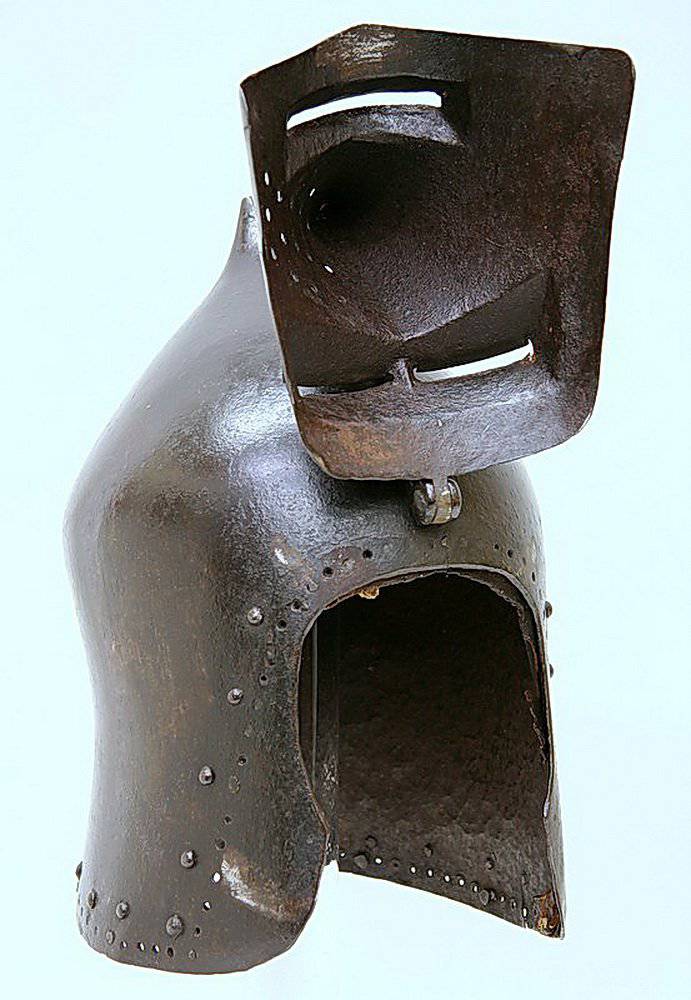 Earlier versions sometimes had a chainmail avanthil to protect the neck, throat, and shoulders of the wearer, while later versions (from the beginning of the 15th century) often protected the neck with a separate plate — a plate necklace. On the bascinet almost always small holes are made around the edges of the helmet. These holes were used to mount the upholstery inside the helmet. Wearing a bascinet does not require a separate balaclava anymore, like a grand slam. The upholstery was made of linen or linen fabric and filled with a mixture of wool and horsehair. There were no belts under the chin for fixing the helmet on the head. A bascinet with or without a visor (often the knights carried several replaceable ones with them - one for a spear mistake, the other for hand-to-hand combat) was the most common helmet worn in Europe throughout the XIV century and at the beginning of the XV century, including almost the entire Hundred Years War . In Germany, at the beginning of the 15th century, a more convex version of bascinet with large plates appeared to better protect the throat. The visor and the helmet itself acquired a rounded shape with many holes. These helmets were called grand basquinet, which were used by knights in tournaments, until by the end of the 15th century they had not developed into closed helmets. 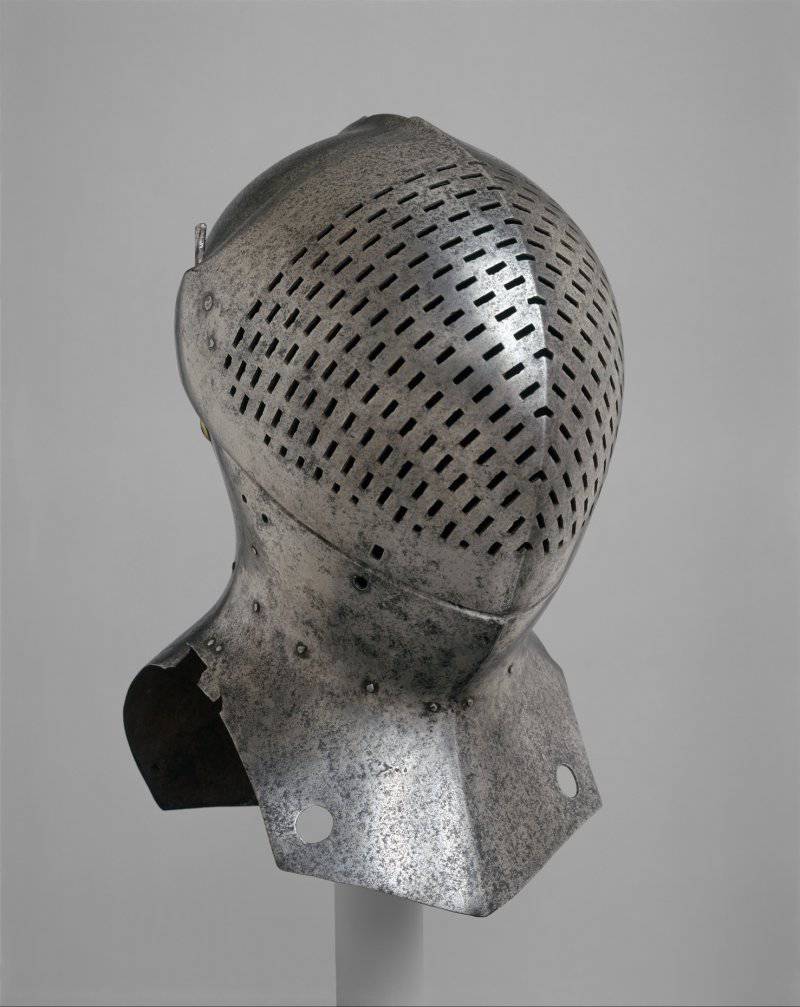 Fig. 18. Composite mail armor combat armor with basinet Hundskugel end of the XIV-first half of the XV century. Museum reconstruction 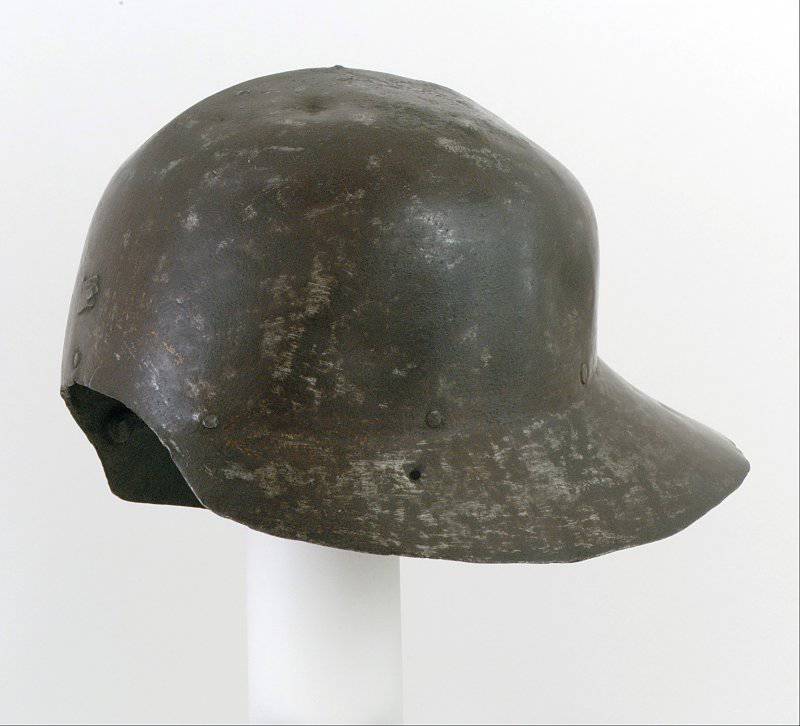 Salad or Celata was a battle helmet that replaced bascinet in northern Europe and Hungary in the middle of the 15th century. Most richer knights wore salads with augmented extended plates in the front that protected the lower part of the face, jaw and neck, called bevor. 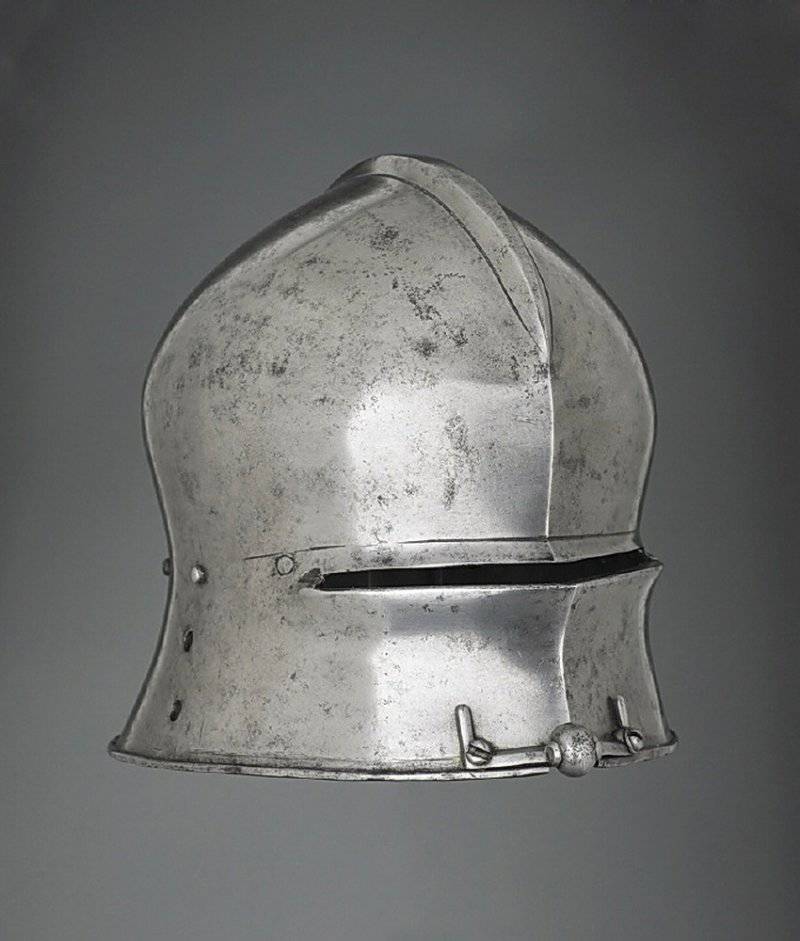 Bevor can be made from a single plate or formed from several plates around the neck and chin. Bevor, as a rule, was worn with a salad, and later with some burgundy helmets (burginotas), into which the bevor was already embedded in the helmet itself, becoming essentially a visor. In both cases, the two parts of the armor combined to provide protection for the entire head and neck. Most of the salads did not need any ventilation holes, since there was a natural gap between the helmet and the bevor itself, just about the mouth and the nose of the wearer. Distinctive features of the salads are rounded and strongly protruding back the butt of the helmet, which over time more and more lengthened. It could be a monolithic construction with a helmet or attached separately and consist of several plates. Some salads had a mobile visor - it was possible to raise and lower it if necessary. Actively used until the 30-ies of the XVI century. as knights and infantry, especially in Germany, when they were replaced by burginot and closed helmets. 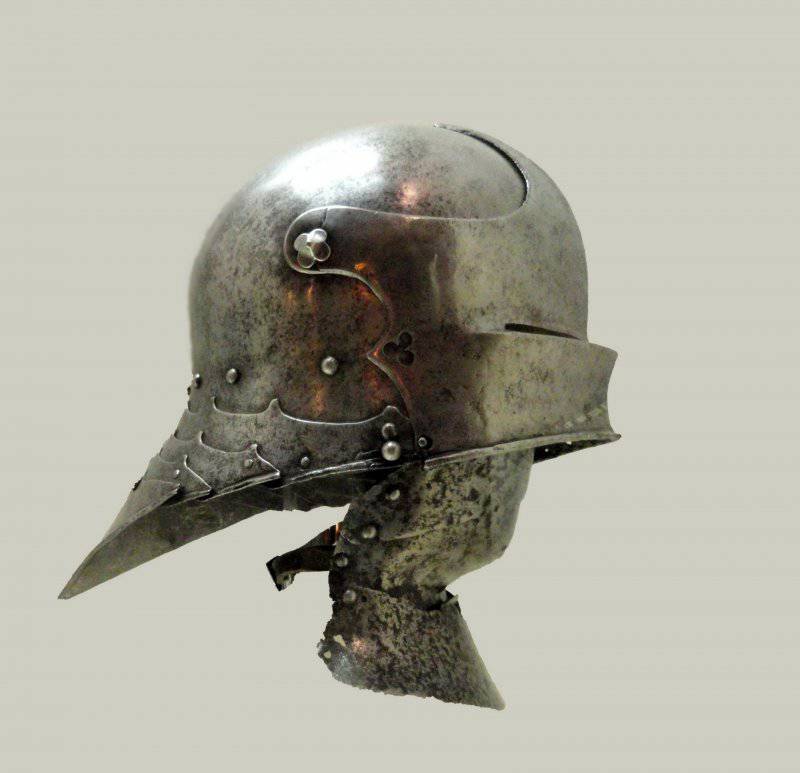 The design of the salads contrasted with the Italian variety of combat helmets - barbuts, which were popular in Italy at the same time. 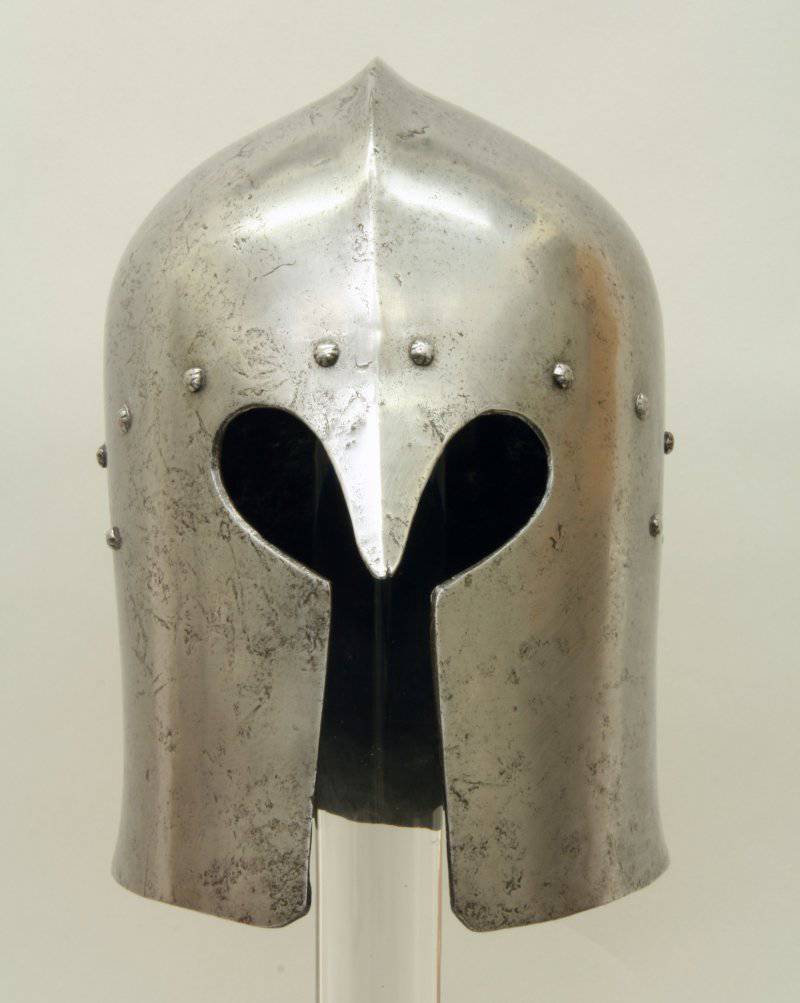 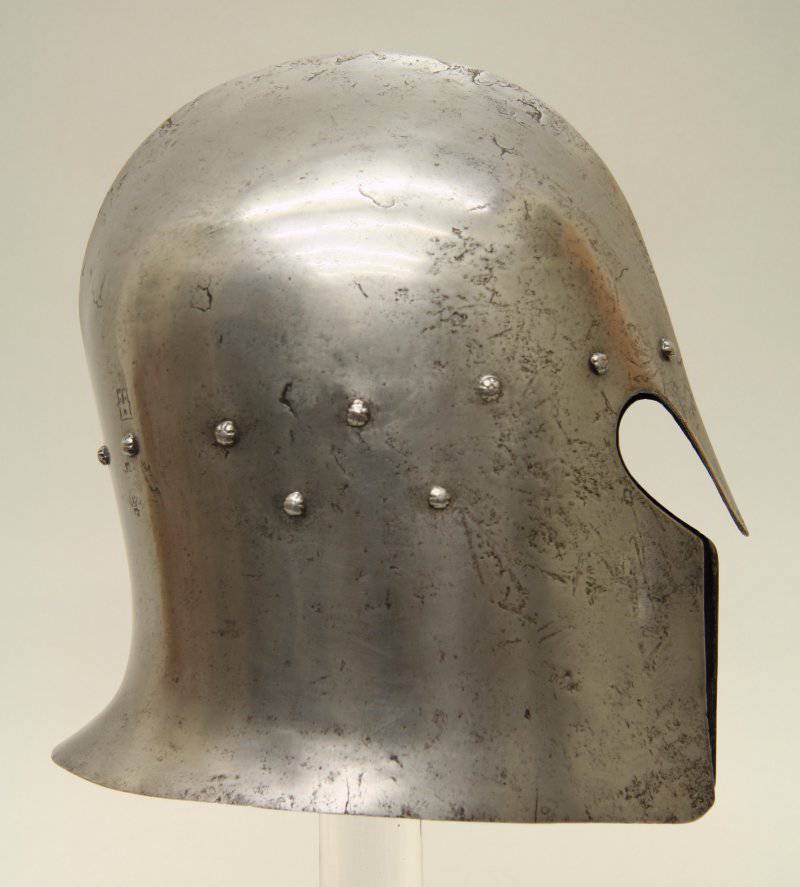 The Italian masters took the example of the creation of classical Greek helmets, which were sometimes found in ancient ruins in Italy. A distinctive feature of barbutes, as a rule, is the open part of the helmet for eyes and mouth shaped in the shape of the letters “T” or “Y”. Took no. The existence of Barbuts was limited to the XV century.

Ctrl Enter
Noticed oshЫbku Highlight text and press. Ctrl + Enter
We are
Once again on the issue of reconstructing the weapons of the era of the Trojan War. Warriors in armor and helmets (part 12)The history of military helmets in Western Europe: from the early Middle Ages to the early Modern Age. Part II
Military Reviewin Yandex News
Military Reviewin Google News
14 comments
Information
Dear reader, to leave comments on the publication, you must sign in.