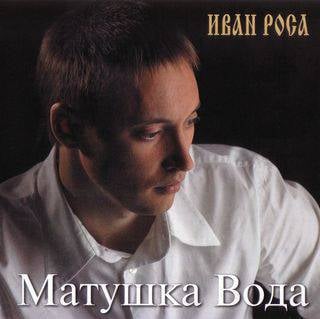 Recently I gave to listen to one of my friends my new song. There is such a refrain in it: we are Russian, we are on Russian soil. After listening to the companion frowned and said that such words incite national strife. Naturally, I wondered why he suddenly decided that even such a simple and calm statement of the obvious fact of belonging to the Russian nation and Russian land could be the notorious “incitement”? He responded with phrases that did not lack a certain relevance that Russians degenerate and drink too much, the country is ruined, the church has disintegrated and in this situation the pathos coming from this refrain seems to be a deafening ear. Now, if the words, he said, were like: we are Christians, we are brothers ... well, then such a song would have a right to exist. And the idea of ​​such unbridled ethnophilia, and even in the context of Christian creativity, seems to him to be some kind of provocation. And here, in this seemingly simple misunderstanding of his, there is a hidden misunderstanding of a completely different scale.


What is it to be Russian? A huge amount of literature has already been written about this, but the relevance of this question has hardly become less. Especially if you look at it in the context of Orthodox Christianity in today's, our particular country, and not “in general”. Of course, in Christ there is neither the Hellene, nor the Jew, and how good it would be if such ideality took place in the real world. But also in stories human, and in the history of Christian churches, there is enough factual historical material that does not allow naively to apply this Gospel phrase, otherwise why would the Bulgarians fight with the Byzantines, using all possible and impossible cunning to weaken and keep the Bulgarian kingdom in a fragmented state in the Middle Ages. After all, those and others were Christians, and after one of the battles, one of the “most merciful” and “most Christian” Byzantine emperors ordered to blind ten thousand Bulgarian prisoners, including women and children! We can also recall the policy of the Patriarchate of Constantinople skillfully “breeding” Local Churches and involving them in eternal opposition and finding out who is the first and more Orthodox. But for some reason our Russian princes and Russian bishops did not maintain the situation when the Russian Church was ruled by the Greeks in the first centuries of the existence of our Church in Russia. And so it seems that, because we are brothers?

To be Russian is to be a part of a powerful branch that was once grafted on the Life-giving tree of Orthodoxy, which gave amazing, beautiful fruits. Being Russian is like falling in love. It is a state of mind, a Spirit. It is this feeling of belonging that sounds in the wonderful exclamation of the victorious Suvorov: “to be Russian, what a delight!” Mikhail Menshikov has in his famous “Letters to the Russian Nation” such an idea - the Russian nation is not only those people who live now, it is also those who lived before us, our ancestors, many of whom live forever. with Christ, and those who are still born, our descendants. And this is an understanding that we did not suddenly and nowhere, but we have our own history and our predecessors, who left us our land and which we will give to our children when we ourselves go to Christ should always be remembered. At least out of respect for our ancestors, who laid down their lives so that Russian people, their children and grandchildren lived on Russian soil. For whom else would they shed their blood, for the Chinese, for the Tajiks? Generally for obschechelovekov? So why then do we need sovereignty, let's give up Russia to “universal human fraternal use”? It is regrettable that even in the Russian Orthodox environment the words “we are Russian, we are on Russian soil” can cause an association with incitement of discord. To what extent have we been taught to be ashamed of our roots and belonging to our land!

I want to tell one episode from my pilgrimage practice. The event took place last year. I visited the Transfiguration Monastery in Boston to meet with the confessor of the monastery, Father Panteleimon, who personally knew such spiritual lamps as the elder Joseph Hesychast, St. Jerome Aeginsky, and many others. And here he, being a Greek by nationality, told me then: “... Russians are especially strong with their new martyrs, famous in the 20th century. I remember reading the stories of one Russian bishop, who was hidden by the Bolsheviks in an insane asylum, they were called, in my opinion, “Red House Notes”. He was experimented upon, mocked, and placed with the most violent patients, so that he already understood and understood himself poorly. But he somehow managed to write small notes on thin strips of paper, so small that they could be hidden behind the nails. And in one of the last he wrote, - “Lord, I know that tomorrow you can take away the only thing I have left is sanity, but today, when I can still understand and be aware while I'm still in my mind, I write You - I love you. And this strength of spirit, this love, this capacity for self-sacrifice is the Russians, and you who live today are flesh of flesh and bone of them. And if you are not “salty,” I don’t know who else can. ”

And this participation, this “flesh of flesh and bone of bone” is another strong thread that connects us together with our language and our land together into that state of mind that I define as “being Russian”. And if it seems reprehensible to someone to speak for myself for many, then I’ll just say: I am Russian.