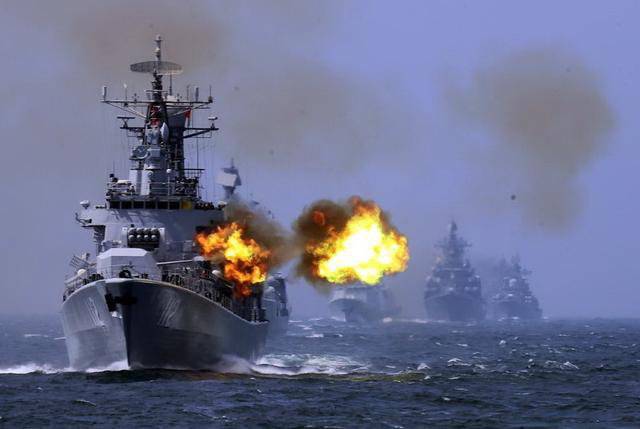 Since the situation in Ukraine is getting worse and worse, many in the world are afraid that a direct armed conflict will arise between Russia and the United States. If this really happens, then it is quite possible that a new world war will begin.

The situation in the modern world is such that this probability should be taken as seriously as possible. The face of war changed in the course of development of human society, and today it has already entered the third stage of development. The first stage is the struggle between nomadic and sedentary peoples, the second is global colonial wars, for example, the First and Second World Wars. We are now entering a new era of world conflict. Their peculiarity lies in the fact that the main place of hostilities will be space, cyberspace and water space. A huge role will be played by technical equipment and the level of development of science. Also, these wars will be distinguished by a huge number of participating countries.

Now rivalry in space and networks are in most cases related to disputes in the water. Great powers attached great importance to him already during the Second World War. Already at the end of the XNUMXth century, the American historian Alfred Mahan put forward the theory of “naval power,” in which serious attention was paid to building up naval power and creating trade fleet and foreign bases. However, all this in the end was only a backdrop for a land war. Now we are fighting directly for control of the sea. Therefore, in areas such as the Arctic Ocean, Pacific and Indian Oceans, there is a fierce struggle for influence. It can be assumed that in the future a world war could erupt because of this.

In the epoch of the Third World War, the next question will become an important issue for building up Chinese military power: how to develop military forces in order to effectively protect state interests? In fact, in the current conditions, in order to protect state interests, China in its military development should focus on world-wide wars. The main reasons are as follows: first, from the very beginning, China has always developed military power in such a way as to defend its interests on land. Since the struggle for water space is becoming increasingly fierce, China needs to change the course of thought and switch to the protection of maritime interests.

Secondly, in the era of the new world war, China is just in the region for which there is a struggle. This again forces him to develop his military power, focusing on world-wide wars. China is surrounded by the Arctic, Pacific and Indian Oceans, and naturally, the development of its sea power makes the rest of the country nervous. Against this background, the PRC must develop its military potential and take the initiative in order not to become a passive participant in the game.

Thirdly, as China expands its interests outside the state, they spread throughout the world. Since the United States is currently placing a strategic focus on the Asia-Pacific region, this directly affects the PRC, and its foreign interests are more and more at risk from America. If China does not have the necessary military power, then there can be no question of protecting foreign interests.

Fourthly, China’s sea and air combat capability, as well as the ability to conduct military operations abroad, are extremely limited today. If, in the context of World War II, the issue of the development of the naval forces is not considered, then the next point — strengthening China’s air forces — will be limited to existing prejudices, and protecting foreign interests will face even greater resistance. This will lead to the fact that in terms of the naval and air capabilities of the PRC will again be on the outskirts of stories. China can not again become a passive participant in the game. He must develop his military potential, focusing on world war, and pay due attention to building up naval power.