The story of one uprising 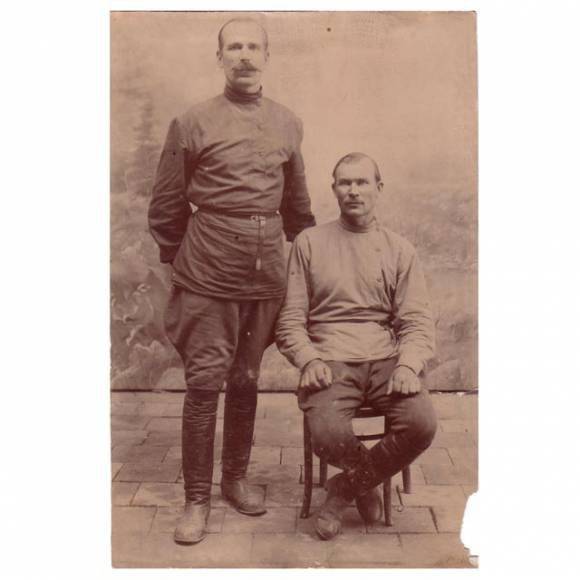 The share of the historian is very unenviable. The historian in life is like a gynecologist at a strip bar: everyone is fun and interesting, and he is bored. He saw all this already stopitsot times and knows in advance how it will all end.

Do not believe? Well listen one history.

Once in the immediate vicinity of the borders of Russia there was a serious nuisance. The people of one neighboring country, brought to the penultimate degree of poverty and embittered beyond all measure by the corruption of power, staged a revolt and sent this most wicked possession to that very mother.

And everything would be fine, one can only be glad for unhappy people, only the revolt of the insurgents wore a pronounced nationalist character. As a result, they got not only a well-earned kick in the butt of power, but also started very tangible assaults on everyone else, guilty only of the fact that they were of a different nationality and did not share stormy joy about the nation, which is finally above all.

In the misfortune of the rebels, quite a lot of Russians lived in this country, many with military professions and military combat experience. As soon as the pogroms began, the Russians, who until then had mostly just worked peacefully, set about weapon and began to create self-defense units. The remaining remnants of the former regime willingly helped the militiamen who took up arms — above all, with weapons, food, and money.

Soon, the militia was allocated several very combat-ready units numbering 2-3 hundreds of people, led by dashing "warlords." Especially the glory of the exploits of the detachment headed by Colonel P., who went through more than one war, thundered. It was he who worked wonders with small forces, discouraging even the cities from the nationalists. The colonel himself in the reports was laconic: “In order to save ourselves and ... the population from total extermination, we decided. The right moment was chosen ... after a short battle, the city remained behind us. ”

It was Colonel P. and became first informal, and then the recognized leader of the insurgent Russians. Little by little, initially scattered detachments united into a single military unit numbering about 2 thousand people, headed by P., whose authority was indisputable.

And everything would be fine, but the nationalists had an incomparably greater human, financial and military base. Therefore, despite all the successes of the militia, they were oppressed more and more. This is, in fact, the immutable law of war - arithmetic beats any exploits. If some have thousands of bases, and millions about the second, the latter will always win. The fate of the resistance seemed to be solved, but Russia intervened.

Intervened, of course, not because of the love for the tribesmen being killed. Politicians emotions are contraindicated, politics - it is always and only calculation. Only the soulless "What is more profitable for us and how to achieve this in the best way" - and nothing else. And this is good, because as soon as emotions and feelings appear in politics, it always ends the same way.

So, fortunately resisting Russian, international alignment was in their favor. The fact is that behind the nationalists who overthrew the regime there were states that were clearly hostile to Russia - they provided assistance with weapons and instructors almost openly. A hostile state on its borders is the last thing Russia needed. In addition, nationalist ideas, professed by the rebels, could well spread to the Russian border areas - there was enough material that could become a breeding ground for them in the Russian frontier.

But there was a significant problem - as long as people in Russia were hesitating and could not make decisions, the process had already gone very far. It was possible to stop the disease only by radical methods - and they went.

One night, cadre units of the Russian army crossed the border - and not with rifles, but with military equipment. Only signs of belonging to the armed forces on tanks, armored vehicles and aircraft were carefully painted over. The soldiers and officers were disguised in the uniform of the Russian militia, they were forbidden under any circumstances to admit that they were professional military personnel of a foreign power, before participating in the operation, they signed a non-disclosure agreement valid for fifty years.

Further, I think, it is clear. Against the personnel units, the nationalists had no chance, and they began to suffer defeat after defeat. The foreign powers raised a howl, but since there was no clear evidence of the Russian army’s participation in the conflict, and the Russian Foreign Ministry stood to death, denying everything and everyone, no serious consequences arose.

Under the threat of complete military defeat of the nationalists, the hostilities were halted, and the conflict ended as such conflicts always end - the “big boys” began to quietly resolve the situation, desperately bargaining. Russian troops and military equipment were also quietly withdrawn, leaving only the secret instructors who worked under other names.

Yes, I completely forgot - on the eve of the invasion of troops, Colonel P. was removed from all posts and replaced by a much more controlled Colonel B. The insurgent Russian militia joined the ranks of the army from where they came from and fought shoulder to shoulder with the Russian military. No wonder - when a serious game begins, the time of idealists ends, big politics is impossible without reliable management.

That's the whole story. Something familiar, isn't it?

That's just what happened in 1931, when the anti-Chinese Uighurs uprising broke out in Xinjiang. The Russian militia are Semirechensk and Ural Cossacks who left for China after the Civil War, including the Dutov and Annenkovites. It was they who, not for the first decade who had peacefully managed Eastern Turkestan, took up arms when the pogroms spread from the Chinese to the Russians. The Uigurs were supported by Great Britain and Japan, and it was precisely the unwillingness to have another hostile puppet state like Manchukuo on the border that explains Russia's intervention.

Colonel P. is Colonel Pavel Petrovich Papengut, a White Guard officer, a member of the Civil War, who accomplished his main feats of arms on Chinese soil. And yes, this was probably the only time in our history when the “red” and “white” shoulder to shoulder fought on the same side, and even wore the same military uniform. Nobody pursued the former White Guards, rather the opposite - the participants in the hostilities in Xinjiang were promised either a full amnesty and return to their homeland, or the granting of extensive land in the undeveloped territories of Eastern Turkestan.

But since the times were then - not like the current vegetarian, Pavel Pappengut became almost the only victim of the “Red Terror”. His growing influence, unconditional military authority and uncontrollability did not suit either the Soviet representatives or the Chinese. In agreement with the Soviet Consul General in East Turkestan Apresov, who arrived in Xinjiang in December 1933, the colonel who held a firm anti-Soviet position, December 10 was removed from command, arrested and executed by the Chinese. He was 39 years old.

The commander of the Russian units was Colonel Bekteyev, who soon received the rank of lieutenant-general of the Xinjiang army and a round sum of “non-reporting” for the maintenance of the Russian regiments. A military adviser to him was Comrade Fu Dzi Hui, under this name that was inappropriate for a Russian person, hid the Soviet military adviser, the future marshal of the armored forces and twice Hero of the Soviet Union Pavel Semenovich Rybalko. And, most characteristic, no unrest in the ranks of the White Guard "militia" did not happen - just like now.

There will be no morals at the end, you are adults, draw your own conclusions.

I can only say one thing - a honest and simple policy never happens. It is always, by definition, a very dirty and multi-layered phenomenon. All the pitfalls of certain decisions and actions, researchers can not isolate even many decades later, when already and secret documents become available.

You tell me - well, well, you historians, well, you studied and know it. And to us, simple people, what to do, how to understand - what is happening at all, where they tell us the truth, and where they lie blatantly?

There is a simple and unmistakable principle. As soon as you begin to offer explanations, where everything is simple and clear, where some are black and others are white, this means only one thing - you are divorced.

Do not be fooled.