Where do young Chechens serve? 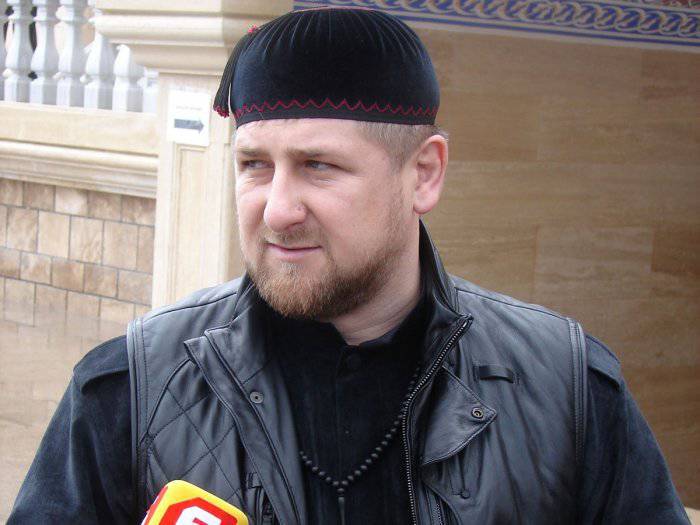 Most recently ended spring draft campaign. In the course of 7, thousands of young residents of Chechnya, who were registered with the military registration and enlistment offices and were eligible for military service, did not call anyone into the Russian army. Igor Konashenkov (official representative of the Ministry of Defense) made a statement that the distribution list of the General Staff did not reach them - they say, it was decided "from above". Such a decision of the Russian authorities left no choice to young Chechens, and now they will have to serve in the troops of General Kadyrov.

The Chechen Republic is a region of Russia, the only one of its kind, where the Kremlin has agreed to the creation of local units that are actually controlled by the head of the republic. Some believe that the main support of the regime of V. Putin is the army of Ramzan Kadyrov. According to information from various sources, it has at its disposal from 10 to 30 thousands of active combat-ready soldiers.

What is the structure of the army of Ramzan Kadyrov? It is known that the total number of units consists of 10 to 12,1 thousands of soldiers. At the beginning of this year, they were:
1) OMON - 300 people;
2) two special operations (with the former 42 motorized rifle division) - from 300 to 500 people;
3) personal security of General Kadyrov and the highest officials of the Chechen Republic - about 500 people;
4) company guard commandants - from 500 to 1000 people;
5) two PPS regiments - from 1,2 to 1,5 thousands of people in each;
6) special forces regiment (with the Chechen Interior Ministry) - from 1,6 to 1,8 thousand people;
7) two battalions of the 46 division of the internal troops of the Ministry of Internal Affairs of the Russian Federation ("North" and "South") - about 2-x thousand people;
8) "oil regiment" or a private security regiment (at the Chechen Interior Ministry) - from 2, 5 to 3-x thousand people.

The very first major armed groups of Chechnya began to appear during the second Chechen campaign, when Gudermes was surrendered in 2002. In that year, the Yamadayev clan (namely, the second battalion of the National Guard of Ichkeria), as well as the mufti of the Chechen Republic, Akhmat Kadyrov, went over to the federal forces. It is known that until that time there existed the Chechen militia: it consisted of the Kadyrov and Yamadayev soldiers.

A little later, in March, 2002 of these militants created a special company of the military commander's office of the Mountain group of the Ministry of Defense. In the autumn of next year, this unit grew to the special battalion of the 42 th motorized rifle division of the Russian army - "Vostok" (as it was called) totaled thousands of soldiers to 1,5. At the same time, the “Kadyrovtsy” also entered the security service of the president of Chechnya. Thus, in the "presidential regiment" Alu Alkhanov became over 2-x thousand fighters.

Another Chechen formation, the third in a row, was formed from the anti-Dudayev opposition. Opponents of the separatists, led by Said-Magomed Kakiyev, formed the special battalion of the 42 th motorized rifle division called the West. Militants of these units managed to successfully carry out a guerrilla war in the rear of the rebels of the Chechen Republic.

In 2002, the elder Kadyrov convinced the Kremlin to transfer to his side the fighters who were hiding in the mountains and forests. Thus, the new influx of Chechen soldiers into the power structures of the Russian Federation coincided with the creation of the Chechen Interior Ministry. According to various sources, by 2005, Mr. Kadyrov was able to lure thousands of people from forests from 7 to 14. Partly from among them, the security service of the President of Chechnya and a separate PPS regiment of the Ministry of Internal Affairs of the republic were staffed.

Further, in 2005, in Chechnya, an ATC (Anti-Terrorism Center) is created, where personnel from Alu Alkhanov is “drained”. Next year, the ATC will be abolished, and two special battalions are formed - the “South” and the “North”. Also, they partly include soldiers of the 46 division of the internal troops of the Russian Federation. The total number by that time comes to 1200 people.

In the opinion of Moscow ideologists, Ramzan Kadyrov was quite fit for the role of the “Chechen leader”, and the Kremlin decided to make a bid on him for 2005. In 2007, the President of the Russian Federation V.V. Putin reduced the number of military personnel in Chechnya from 50 to 25 thousand people. At the same time, Kadyrov took control of the entire Republican Ministry of Internal Affairs. It was composed of a special forces regiment that fought with terrorist groups outside the Republic of Chechnya.

In a short period of time, the number of Chechen police has tripled. According to statistics, from 2003, her staff has grown from 5,5 to 16 thousands of people. At the same time, a new subunit is being created under the control of Akhmat and Ramzan Kadyrov - this is a private security regiment or the so-called “oil regiment”. Formally, under his protection in Chechnya were pipelines and refineries. The number of fighters in the "oil shelf", according to some sources, ranged from 1,5 to 4,5 thousand people. In November, 2006 was accused of involvement in the execution of Movladi Baysarov in Moscow.

In the personal subordination of Major General of the Ministry of Internal Affairs Ramzan Kadyrov is the Chechen Special Militia Squad as part of 300 employees. However, formally, this detachment belongs to the structure of the Ministry of Internal Affairs of Russia. In 2008, Ramzan Kadyrov disbanded two battalions of the 42 Motorized Rifle Division (East and West), thereby resolving the issue with the last legitimate military units in the Republic of Chechnya, which had never before been in his submission. The Vostok and Zapad battalions were reduced in the autumn of 2008, and became separate companies in the 42 division.

In the same year, as part of the military reform, the Kremlin disbanded the 42 Division, the only combat-ready army unit of the Russian Federation in Chechnya. At that time, it numbered up to 16 thousands of troops. Instead, it now has three separate motorized rifle brigades - the 8-i OMSB (mountain brigade), the 17-i OMSB and the 18-i OMSB. The total number of employees in these units is not subject to disclosure, but it is obvious that it is less than that of the 42 division.

Summing up, it can be summarized from which units the structure of the army of the Chechen Republic consists. It includes: a private security regiment at the Chechen Interior Ministry ("oil regiment"), two battalions of the 46 division of the internal troops of the Russian Interior Ministry, a special mission regiment at the Chechen Interior Ministry, two regiments of the patrol and inspection service, guard companies of commandant's offices, two special forces (with the former 42 motorized rifle division), the Special Police Squad, and personal security. At the same time, Chechen security officials number from 18 to 20 thousand people (according to other data, up to 30-34 thousand people).

Of course, not all of those who are directly subordinate to Ramzan Akhmatovich are sympathetic towards him. However, there is a good incentive to express external loyalty to Kadyrov, since the salary of an ordinary policeman reaches 30 thousand rubles. Even after the abolition of the counter-terrorist operation in Chechnya in 2009, the high level of incomes of the security services remained.

The own army of the leader of the Republic of Chechnya, maintained with funds from the federal budget, is in no way inferior to the army of the head of the Ministry of Emergency Situations Sergei Shoigu and, moreover, even the Federal Guard Service. As for the level of fighting efficiency, the “Kadyrovtsy” considerably surpass the larger “armies” of the state corporations of Russia - Russian Railways, Rosatom, and Transneft.

We are in Yandex Zen
Who is interested in discrediting Ramzan Kadyrov?
What you didn't want to know about England
8 comments
Information
Dear reader, to leave comments on the publication, you must to register.