18 September 2014
78
This week (September 16), an event took place in Russia, which, against the background of unfolding world processes, could seem unremarkable. And in news releases on the central TV channels, the event was given a place somewhere near weather reports and sports news. We are talking about placing under house arrest such a person as Vladimir Yevtushenkov, chairman of the board of directors of AFK Sistema, holder of about 64% of the shares of this company.

Well, an arrest is an arrest - you never know the holders of some shares there by a court decision to house arrest ... It would be better if they offered more information about what is happening in Ukraine, more extensive materials on countering ISIS, larger plans with Semenchenko ... Something like that might have been thought by people who, on the aforementioned central television channels, got acquainted with the news about the hardships that fell on Yevtushenkov. 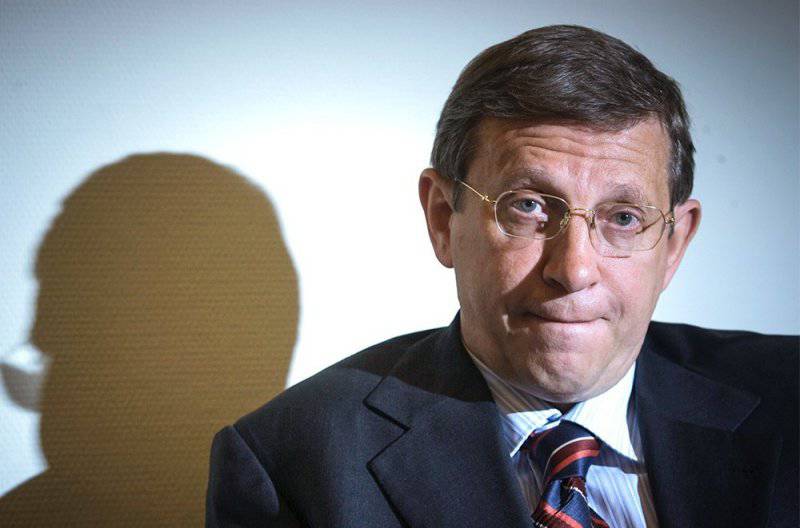 But in reality, this news deserves the front pages of Russian publications, and to release it as an addition to the weather forecast to fill in the air is not an option at all. The fact is that even in the world criminal practice, cases that are brought against persons whose financial condition is about 9 billions of dollars are not often considered. Namely, such funds belong to Mr. Yevtushenkov. Forbes puts Evtushenkov in the number of 15 richest people in Russia with the above (more than impressive) financial condition.

For a person living with dreams about the complete independence of the judicial system (even in Russia, at least in any other country of the world), this information does not seem sensational - so what if he has 9 billion dollars in bills - the court has the power, and if the person guilty, the court will do its job. But this illusory romanticism in this case should be left as a misunderstanding, since there is no such independent court in the world that could take a criminal case against 9 in billions of “horsepower” ... There is no such investigator in the world (Commissioner Cattani and Gleb Zheglov will have to be excluded ...), who would have been weakly worried that the person under investigation is a representative of the Forbes list.

What kind of accusations were made against Vladimir Yevtushenkov? He is charged with “Legalization (laundering) of money or other property acquired by other persons by criminal means” (part 4. Art. 174 of the Criminal Code of the Russian Federation). Under the specified paragraph 174 of the Article of the Criminal Code of Russia, a businessman faces up to seven years in prison.

The position was commented by the official representative of the RF IC Vladimir Markin. In the RF IC, they believe that Mr. Yevtushenkov’s AFK Sistema went the way of laundering funds and property by illegally acquiring Bashneft, whose shares were previously sold at a price substantially lower than the contract. The total benefit for dealers in such an illegal operation was about half a billion dollars. The investigation has a version according to which Yevtushenkov was involved in the legalization of property acquired through criminal means.

That is, after the privatization of Bashneft, it suddenly became clear that the total value of its shares for some reason inexplicable for an objective economy collapsed as much as 500 million dollars. After that, according to the investigation, AFK Sistema decided to acquire a pretty much cheaper oil company. And the investigation believes that the purchase at a lower price was planned in advance.

In this case, in addition to Mr. Yevtushenkov, there are other "non-poor" people. For example, the son of the former head of Bashkiria, Ural Rakhimov. The RF IC believes that this representative of high positions in Forbes has rather heated up on the misappropriation and subsequent sale of Bashneft shares, the new owner of which was Felix Yevtushenkov (the son of the controlling shareholder of Sistema). Ural Rakhimov is on the international wanted list.

As soon as Yevtushenkov Sr. was sent under house arrest, a rather odd (strange only at first glance) “mouse fuss” began. Representatives of business elites in Russia and in the West suddenly declared that the criminal case against Vladimir Yevtushenkov was a lawlessness and gross intervention of the authorities in the economy. The chairman of the Russian Union of Industrialists and Entrepreneurs, Mr. Shokhin, for example, stated that it was Yukos No. XXUMX, and putting Yevtushenkov under house arrest (by the way, in the house for the “golden” near Moscow “mile”) is wrong, since (Yevtushenkov) is ready to cooperate with the investigation. Rakhimov was also ready ... Now they are looking for ...

Shares of Sistema on the background of news about Yevtushenkov collapsed by almost 40%, shares of Bashneft went into minus by 24%.

After a businessman was placed under house arrest, public opinion was divided. Some are convinced that the oligarch stole money and company, others say that the charges against an honest oligarch are white-stitched, and that the investigation is simply trying to justify Bashneft’s raider seizure of AFK Sistema. Whether Yevtushenkov is guilty or not guilty - questions to the law enforcement agencies and the judicial system, and therefore it is senseless to argue about it now. If we still speak about the possible (well, or impossible) guilt of Yevtushenkov, then we can say the following: Mr. Yevtushenkov is clearly shocked by the fact that one of the options for replenishing his personal accounts, which had been working for many years, suddenly failed. That is, before that everything worked, and then suddenly it did not work: neponyatki ... "what did you do wrong?"

In the style, as if one neighbor was digging potatoes at night with other neighbors who originally planted tubers stolen from the collective farm (of course, no dirty hints at Russian business), and then a few years later a district police officer would come to him (no dirty hints at the authorities) and told about the fact of theft without even a special initiative from the affected neighbors. It seems to be so: why the hell did this district officer need? Everything was perfectly solved without him - “in a patsan way” - tubers one, tops to others ...

And the issue with the “district police officer” is really serious here, although not the key one. The key will be a little later, but for now: so who in Russia is such a guardian of the law who can take and ask from an “ordinary” citizen with 9 billions of “greens” for his business style? Well, or so: who in Russia is ready to use the “district police officer” so that he posherstil more than a wealthy subject? The question is not the key, since the answer to it is very simple. Who, who? Well, of course, the one who has more than 9 billion dollars ...

And here is the key question: do criminal cases in relation to Yevtushenkov and Rakhimov mean what doing business, as they have demonstrated in Bashneft, is a purely isolated example in the vast expanses of Russia? If yes, then UV-f-f-f - light ... If not, then what did Vladimir Petrovich and Ural Murtazovich do right now? Someone here says that there is no politics. Yes ... After all, as you know, oil and politics are generally inconsistent concepts ...

As always, time will place the points above “e” - as soon as it becomes known where and at what price the arrested shares of Bashneft (owned by AFK Sistema) went, so all the questions asked may be answered.

By the way, prior to receiving these answers, some information for reflection: “Bashneft”, as far as is known, did not fall under the economic sanctions of “friends”.