Montenegro: the past and the modern crisis of self-determination 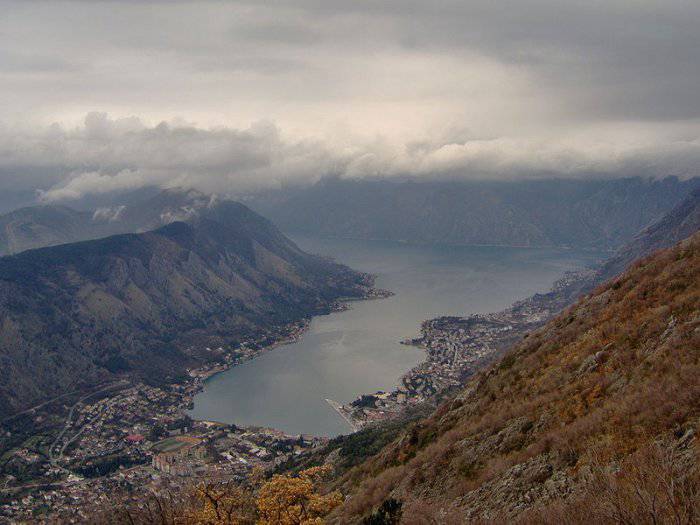 This year, Montenegro turned five years old, so the complete independence of Montenegro was proclaimed on June 3, 2006. Before that, Montenegro was part of the Confederate State Union of Serbia and Montenegro. This small state is close to its Russian historical, spiritual heritage. Currently, this Slavic republic is "looking for itself."


Although the current state is young, it has a significant history, so the Slavs came to this territory (the Adriatic coast of the Balkan Peninsula) as early as the VI century, in the XI century the first independent state was created - the principality of Dukl (known from the VII century, was a Byzantine province, freedom received in 1042 year, after the defeat of the Byzantine army near the city of Bar), later it was called Zeta. The Principality was greatly influenced by the Byzantine Empire and Serbia. At the end of the 12 century, Zeta was annexed to Serbia (the Principality of Raska). From the 1356 year, after the death of Stefan Dusan, Zeta again became independent under the rule of the feudal lords of Balshich (until the 1421 year). But it was not independent for long - in 1439, the Principality of Zeta became a protectorate of the Venetian Republic under the rule of the local feudal clan Chernoevich, it was then that it received the current name Montenegro (from the Serb. Crna Gora). 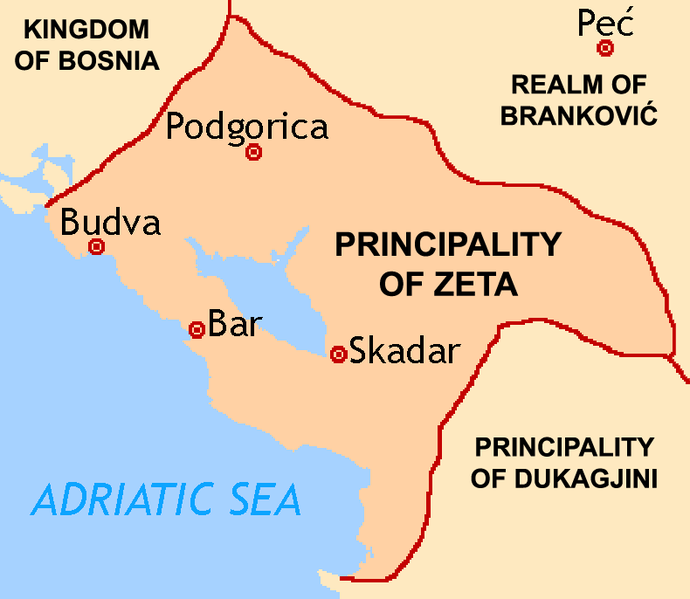 After the invasion of the Ottoman Turks into the Balkan Peninsula - by 1499, the Turkish troops conquered the Chernojeviches and subjugated the territory of Montenegro, except for some cities of the Bay of Kotor, which remained under control of the Venetians. In 1513, Montenegro received the status of a special administrative-territorial unit within the Ottoman Empire, within which it gained autonomy: its own government, a court, and a standing army. But Montenegro, like Serbia, gained full independence only after the Russian-Turkish war of the 1877-1878 years.

The isolation of Montenegro not only contributed to the preservation of significant autonomy from Istanbul, but also to the folding of certain features of the Montenegrins, from the Serbs. Although the unity of the Serbs and Montenegrins was preserved: for example, in the XIX century Serbian (Serbo-Croatian) became a common literary language for Montenegro and Serbia, they still spoke dialects of the same language, professed one religion. In 1918, Montenegro became part of the Kingdom of Serbs, Croats and Slovenes (CXS), the future Yugoslavia. After the Second World War, Montenegro received the status of one of the union republics. The unity of the Serbs and the Montenegrins became even stronger, the differences began to blur, the Montenegrins, unlike the Croats, did not differ with great separatism. Only from the beginning of 90, the Montenegrin political elite headed for rapprochement with the West and for independence. So, after the NATO strike on Yugoslavia in the 1999 year (the territory of Montenegro was practically not touched), the mark became the means of payment in the republic, and then the euro.

The course of separation was supported by Milo Djukanovic (Montenegrin Prime Minister in 1991 - 1998, President in 1998 - 2002, 2003-2006 again prime minister, in 2008-2010 again prime minister, leader of the Democratic Party of Socialists of Montenegro) and Philip Vujanovic (1998 - 2003 years of prime minister, from 2003, the president of Montenegro, from 2008, the president of independent Montenegro). Since 2003, thanks to their activities, the Federal Republic of Yugoslavia (FRY) was transformed into a confederative union of Serbia and Montenegro (the State Union of Serbia and Montenegro - GSSH), and since 2006, Montenegro, according to the results of the referendum 21 in May 2006, became independent. 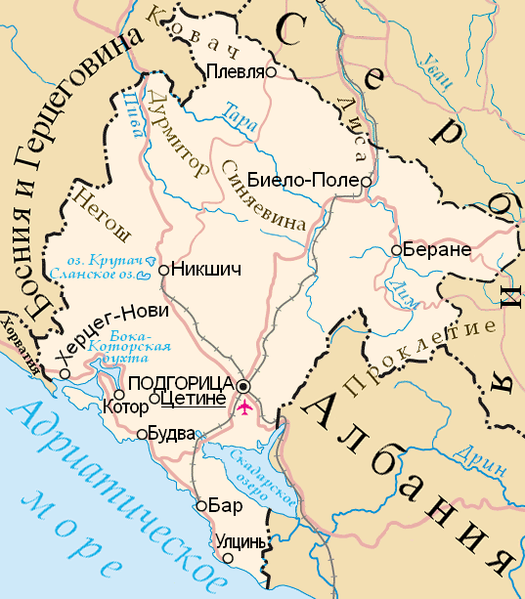 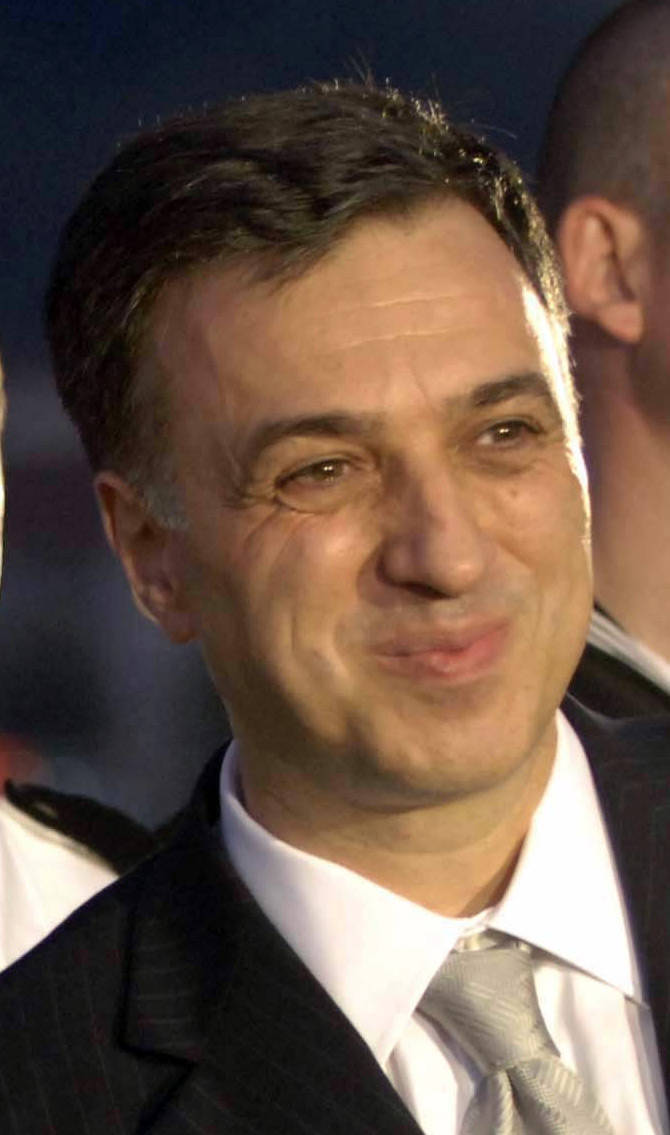 After the collapse of Yugoslavia, the country got ferrous metallurgy (center - Nikshich), electrical industry (Cetinje), aluminum processing (Podgorica), rubber, chemical and bearing industry (Kotor), shipbuilding and ship repair (Bijela, Bar), textile industry (Bijelo Pole ), light and food industry (Nikshich, Bar), woodworking. Bauxite, iron ore, coal, and salt are mined in the republic. Grow tobacco. But the collapse of economic ties and the uselessness of Western Europe’s industrial potential of the former socialist countries led to a sharp economic crisis, production almost completely stopped. Montenegro pursued a policy of reorienting the economy to tourism, seeking to become the elite resort center of Europe and enter the EU. Attempts were made to attract foreign investment in the tourism business, as well as in the development of the country's infrastructure.

But the resort infrastructure is still inferior to neighboring Croatia, besides, there are few resorts for prosperity. Montenegro is one of the poorest countries in Europe. In 2006 - 2007, the state saw a boom in real estate demand — Europeans, including Russian citizens, bought property on the country's Adriatic coast. This caused a certain rise in the economy, but the world crisis again knocked down Montenegro - investments fell, the number of tourists decreased.

In the field of domestic and foreign policy, the political elite conducts a course characteristic of all artificial political entities (such as the states of the former Soviet Baltic, or Central Asia): Montenegro and Montenegrins are in sharp opposition to Serbia and Serbia. In 2008, Kosovo’s independence was recognized, although most Montenegrins opposed it. There is a distortion of history, so the dynasty of Petrovic-Negosha is set as the “victim” of the Serbs, attempts are being made to create a special Montenegrin language, new words are introduced (how not to remember Ukraine). There is pressure on the Montenegrin-Primorsk Metropolis of the Serbian Orthodox Church, the goal is to force them to create an “autonomous”, their own church. The language and the church are what connect the Serbs and the Montenegrins, which is why they are attacking.

The authorities want to enter the EU and NATO at any cost. Their active pro-Western policies have already been evaluated - in December 2010, the republic was given the status of a candidate country for accession to the European Union. The policy of betrayal of the common homeland has brought other fruits: there are no Montenegrins in the lists of war criminals, the EU has no complaints about Montenegro’s elite in the field of corruption (although as early as 90-s the country became the center of smugglers' activity, which included high-ranking officials) foreign companies (including the Russian oligarchy) in Montenegro have privatized almost all enterprises and industries that were once created by all the people. I lost the Montenegrin people and significant tracts of land, especially along the sea.

Summing up, we can say that independence did not give Montenegro and its people (except the “elite” layer, which earned on the “privatization” of the republic) special dividends. And in the long run, Montenegrins will face even greater problems. 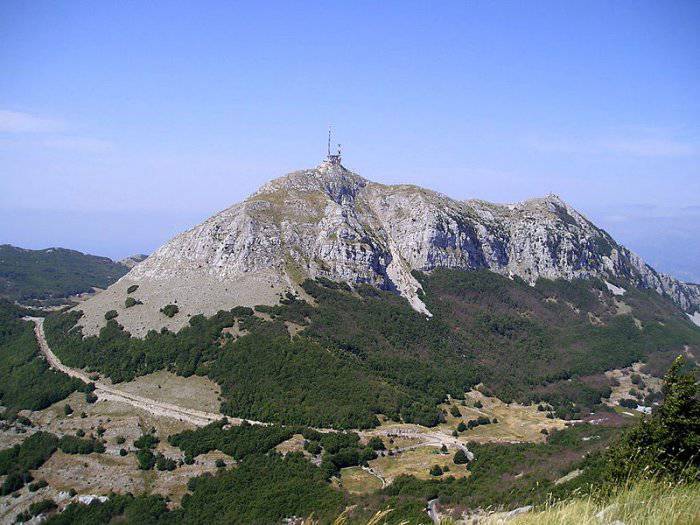 We are in Yandex Zen
Montenegro took to the streets. The population against the country's entry into NATO
Results of the week. “Unlike everyone else, I went to the army for spiritual reasons.”
3 comments
Information
Dear reader, to leave comments on the publication, you must to register.