The Third World War will psaki

17 September 2014
86
In the West, once again they were alarmed and started talking about the Third World War. “Business Insider” warned that Vladimir Putin reminded the world: Russia has a nuclear weapon. Journalists and bloggers rushed to talk about Russia's testing of nuclear weapons, that Russian troops had entered Ukraine. It was already agreed that Putin supposedly considers the possibility of targeting nuclear missiles at Eastern Europe. Moscow analysts, on the contrary, argue about how to push the Third World away from the Russian borders. 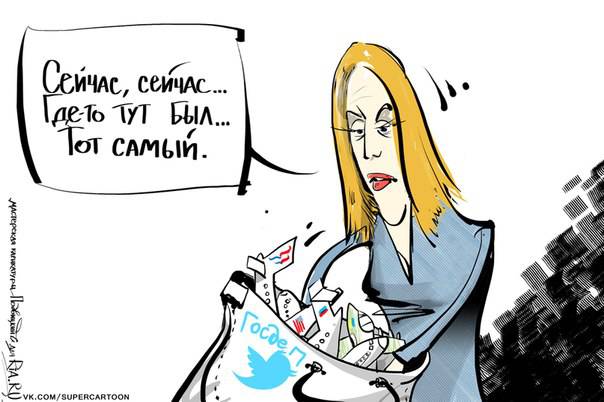 Michelle Jones (valuewalk.com) notes that the theme of the Third World War concerns the minds of many bloggers, since Russia not only reminds the world of its nuclear arsenal, but “even conducts its tests”. In the meantime, the author continues, Russian troops entered the Ukraine, and tensions increased there. Some commentators are confident that the Russian president would like to aim missiles with nuclear warheads at Eastern Europe.

Putin's words quoted Business Insider: “Russia is one of the most powerful nuclear powers. This is reality, these are not just words. ”

Analysts point out that last month the Kremlin held large-scale exercises, showing the world the capabilities of nuclear forces. More than 4000 soldiers participated in the maneuvers. Some observers believe that Russia may well begin the Third World War with a nuclear strike. Other analysts are writing about the Cold War.

Meanwhile, the cold war was not far from the hot one. The Russians invaded Afghanistan, the author writes, and the nuclear arms race itself was such that the two states were on the verge of collapse all the time: a few minutes and the missiles would reach their targets.

The author further recalls that Russia put into operation a system called Dead Hand or Perimeter, designed to prevent a nuclear strike from the United States. This system is capable of activating all nuclear weapons of Russia without the participation of man - for the sake of retribution. The purpose of the system is to deliver a nuclear strike on the enemy, even if the West and NATO succeeded in destroying the Russian leadership.

Experts say the author writes that Russia is weak in the field of conventional weapons. And if the struggle for Ukraine will escalate, and NATO will take an active part in it, then Moscow will not be able to resist the alliance without nuclear weapons ...

Director of the Institute for Problems of Globalization, publisher of the magazine “Free Thought”, Doctor of Economics Mikhail Delyagin believes that the Third World War must be moved away from the borders of Russia. Speech by M. Delyagin at the opening of the “World Russian Forum - 2014” led "Free press".

“25 years ago, at the Arbat Hotel, US representatives met with Soviet citizens.

Today at the Arbat Hotel, US representatives meet with Russian citizens.

I think we all understand that our task is to ensure that through 25 or even through 5 years at the Arbat Hotel, US representatives do not meet with the citizens of Moscow.

There is a second task.

“... how to develop cooperation with people who have unleashed and are waging a war against you - so far mostly cold, but accompanied by shelling not only Novoros, but also Russian cities with the murder of Russian citizens?”

Delyagin notes that the United States "approves of the executions of our cities and the killing of our citizens," and American officials proceed from the fact that "the facts are not important to them, because Russia is always to blame for everything and everything."

According to the analyst, Obama and his allies organized a coup in Kiev, brought the Nazis to power and “largely direct their terror” not because they “experience aesthetic pleasure at the sight of mortal torment ...” five-month Colorado larvae with the Nazis. The United States, according to Delyagin, supports these Nazis because there are no other anti-Russian forces in Ukraine.

“If Hitler attacked Russia today, Obama would help him in all possible ways and send him to help if not all the US forces, then a significant part of them.”

The expert says there are no double standards, but there is one “standard”: the Russians in the eyes of Washington are not people. "People" inhabit only those countries in which the State Department has put a "quality mark". All the rest are “quilted jackets and colorado”, they can even be bombed.

The analyst found a “new pattern” explaining the behavior of the White House. The pattern stems from two "weirdness".

The first oddity is that an ordinary politician thinks about how he will look, including how he will enter history. Therefore, he tries not to lie explicitly. Obama is lying “publicly and frankly”: for example, he tells the world about the referendum in Kosovo that has never been held and about the Russian troops in Ukraine (the day after the psaki statement). “And Obama’s blatant, cynical, blatant lie,” writes the author, “is a sign that he doesn’t care what will be said about him later.”

Another oddity: in Iraq, the United States did not support the newly created secular government fighting Islamist militants - did not support it until Russia helped this government. The point here is a choice: after all, Islamic fundamentalists are the same product of the United States as the Iraqi secular authorities. However, “the fact that the United States did not initially want to help the secular authorities means one thing: for some reason, they are not at all against the bloody chaos in the Middle, and therefore in the Middle East,” the author sums up.

Delyagin gives an economic explanation for what is happening:

“The US strategy is quite simple: since 2001, they are saving the world in a global crisis, and first and foremost themselves, from breaking down into a global depression. The method is simple: export under the guise of democracy is at first instability, and when it has become insufficient, and chaos. The expansion of its zone scares the capitals of the whole world, especially speculative ones, they run to the last “safe haven” - to the USA - and temporarily support their economy, in particular (but not only), the debt pyramid ”.

But the trouble is that, for example, in Syria, this mechanism has exhausted itself. The spread of chaos put the limit of armed resistance, and the American debts have become too great. To burn them, the United States needs a Third World War.

The Russian policy in Ukraine is aimed at preventing the inflaming of the Third World War at its borders at any cost, believes Delyagin. Russia must "push this unfolding hell."

"Therefore, the objective task facing the Russian and American public today, and this is the second task that objectively shapes our agenda, is as simple as the first: to prevent the Third World War with the participation of the major nuclear powers."

Moreover, this task, according to Delyagin, "unites us all, without any exceptions ... even with the patients of the Nazi madhouse in Ukraine."

So, we see two opposite points of view: one of them with some degree of convention can be called western, the second - Russian. According to the first, the Russians start and continue the Cold War, aiming not only at Kiev, but also at Eastern Europe. These same Russians, in relation to conventional armaments, are weak, threatening the West with a nuclear club. According to the other side, the Kremlin, wishing to unite all reasonable people, should push the Third World War away from the country's borders, moreover - to prevent such a war in principle.

As a result (if we make an objective conclusion) we have a real cold war, smacking hot: both sides consider each other aggressors, who are already prepared to use nuclear weapons. Firing up a nuclear issue in the media, especially given that Washington has more likely believed psaki than dictates it, will not lead to anything good.