Su-30SM at the Marine Aviation Pilot Training Center in Yeisk

15 September 2014
56
Blog bmpd with reference to the web resource "aviaforum.ru" posted on his website a photo of a two-seat multi-functional fighter Su-30SM Marine aviation Russian Navy with tail number “35 blue”, which is currently part of the 859th Training Center for Naval Aviation Pilots of the Russian Navy in Yeysk. 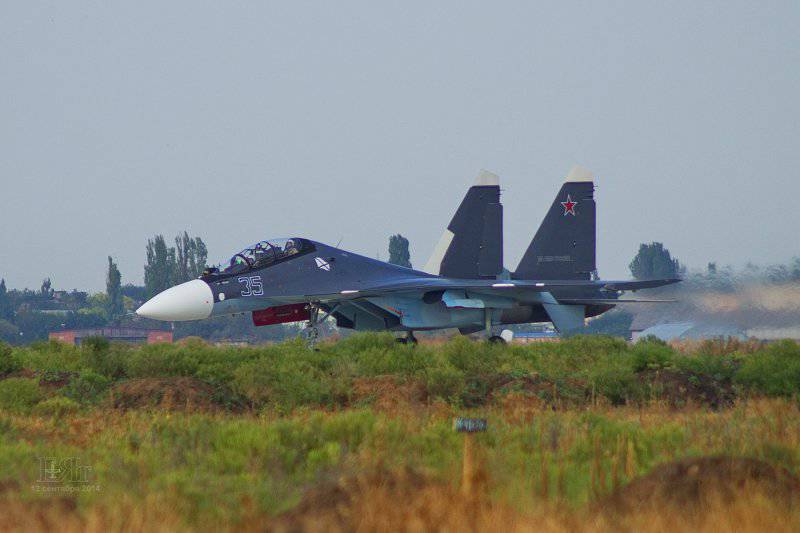 These aircraft were built as part of the first contract concluded in 2013 between the Ministry of Defense and Irkut Corporation for the supply of X-NUMX Su-5CM aircraft to Naval Aviation. Three fighters from this series arrived in July of this year in Yeisk, where they are used to retrain flight crews for aircraft of this type. The remaining two cars must arrive at the Center before the end of the year.

According to the blog, “5 of September 2014 of the year JSC Irkut Corporation has entered into a contract worth about 13 billion rubles for the supply of Naval Aviation of the Russian Navy to seven more Su-30CM fighter jets”, as well as property necessary to support the operation of these aircraft. 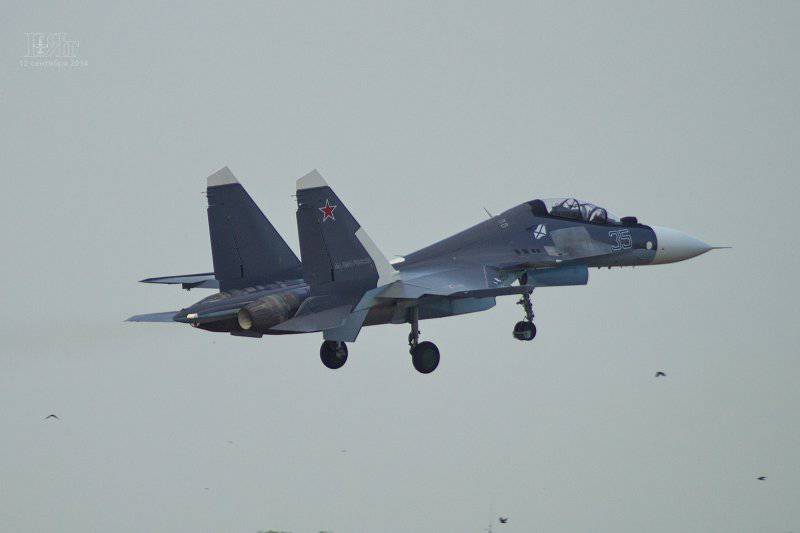