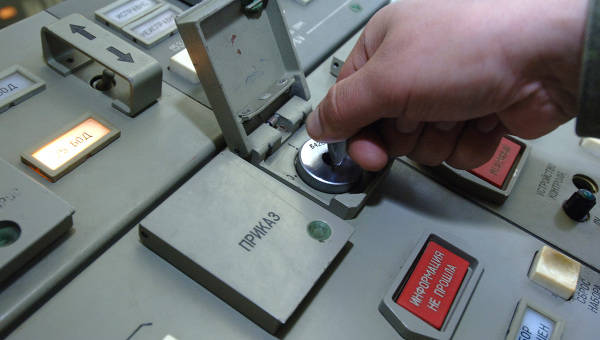 The ancient philosophers said: The future will be what we lay in the present. This truth is well known and confirmed by many years of experience, both the development of society and the development of an individual. Today, both military and civilian experts are perfectly understandable: without a clear understanding and awareness of the scale and nature of the wars of future generations, without their own strategy of their conduct, it is in principle impossible to give their Armed Forces a proper new look. Transforming, and in fact - creating completely new Armed Forces, it is reasonable to proceed not from the current, but from future threats and dangers, taking into account the fundamentally new forms and methods of neutralizing or eliminating them. First of all, a thorough and practical analysis of the activities of creating a complex of aerospace defense is needed.

With such an approach it will become absolutely obvious that priorities should not be given to the modernization and development of individual branches and types of troops of the Armed Forces, but to work towards the creation of completely new operational-strategic and strategic reconnaissance-combat (defensive as well as offensive) systems on the basis of groupings of troops for specific combat missions in strategic areas.

The transformation of the Armed Forces, which today proceeds at a speed exceeding the flight of thought, moves with its own methods understood only by it. It was the turn to solve the next sixth task, which is envisaged in the Military Doctrine of the Russian Federation for execution in the Armed Forces in peacetime: ensuring reliable anti-air defense over all major objects of Russia and preparedness for a possible attack from near space.

During his speech on 18 in March on 2011 at an expanded meeting of the board of the Russian Defense Ministry, President D. Medvedev set the task for the military: "This year, a new aerospace defense system must be built." Russian Defense Minister A.Serdyukov, speaking after the president at the same meeting, said: "... in 2011, we plan to form a new branch of the aerospace defense forces." In the above statements made by the President and the Minister of War there is an obvious disagreement. If the president indicates that the system should be made, then the minister says only about planning the creation of this kind of troops!

Considering that the creation of aerospace defense as a system entering into one of the arms of the armed forces, or individual armies of the aerospace defense may end up being very costly and at the same time stupid and subsequently unclaimed plan. Let's start with the delimitation of 2's concepts: a separate branch of service and the aerospace defense system. As it is known, the East Kazakhstan region is a complex of military and nationwide measures for the protection of Russia and its allies from attack, both from the air and from near space. With all this, two methods of protection are envisaged: deterrence or repel an attack and retaliation against the enemy. The specifics of the aerospace defense will be that deterrence activities are carried out continuously and non-stop in peacetime and during the specific danger of armed confrontation, and the attack is carried out, of course, only in wartime.

Apparently, in the modern criteria, the aerospace defense is one of the most important combined parts of the state’s defense. With all this, attention should be focused on the fact that the EKR system, both in peacetime and during the growing danger of armed conflict, is a set of measures to deter and prepare the state, the Armed Forces and other troops to repel an attack. And during the period of specific danger and with the beginning of a military conflict, the aerospace defense can be carried out in different forms of tactical military operations. For example, in the form of a tactical aerospace land-naval combined arms operation conducted simultaneously with offensive and defensive objectives. Such an operation foresees a concerted combat use of all troops and means capable of solving the complex tasks of the aerospace defense, according to a universal plan, with joint command and control.

It is reasonable to imagine that the base of the East Kazakhstan Region constitutes the country's military-economic potential, multiplied by the wisdom and freedom of its military-political administrative staff. There are legitimate questions: what is the need for the system of aerospace defense, what is it all the same, how to create and improve it? There are accurate and comprehensive answers to not many of these questions, but they still exist.

1. The specific features of the aerospace defense system include its ability, under certain criteria, to solve some combat missions in peacetime using the forces and equipment of the duty units.

2. The main objectives of the creation of the aerospace defense system can be: assistance in preventing attacks using the SVKN and defense of tactically significant objects located on the territory of Russia.

4. The CTP system is a “complex of systems” and can be structurally a matrix consisting of vertical and horizontal components.

5. There is a need to identify the main functions and main tasks, the solution of which is assigned to the aerospace defense systems.

The objectives of the aerospace defense system should be: constant space control and the exploration of the SVKN; maintaining a high level of combat readiness of the various components of the system; participation in hostilities for the effective destruction of SVKN both in the air and in space.

The functions of the aerospace defense system should be: the defense of the selected objects from the strikes of SVKN; determination of the dislocation, composition and condition of SVKN of other states; warning about the initial stage of preparation and use of SVKN; combat and special support of other systems.

6. Today in the development of the aerospace defense system there are two main tasks.

The first one, which the president has set, is to create an aerospace defense system by the method of vertical unification under the overall control of the existing air defense missile systems, air defense systems, missile defense systems, and space control systems. This task is administrative. It can and, undoubtedly, should be resolved in accordance with the deadlines that Medvedev stipulated.

The second is, undoubtedly, the creation of new horizontal components that make up the integral system of aerospace defense: integrated systems of constant reconnaissance and instant warning, fire and multi-functional destruction, control and support. This task was tried and tried to be solved by almost all government officials, representatives of military science and industry, and high-ranking military officials over the past 30 years, but until now they have not solved it.

The aerospace defense system is obliged to work as an integral structure under a single leadership, which implies individual responsibility for the fulfillment of tasks assigned to the structure being created. For this, the Armed Forces would be able to concentrate the troops and means of the East Kazakhstan Oblast system as a separate species or with the introduction into the active branch of the armed forces, but with separately assigned tasks and a clearly constructed control system.

Today, most Russian experts are well aware that the United States has advanced far in the development of completely new types and systems of weapons, including space ones. However, having learned that the US missile defense system destroyed a ballistic target at an altitude of 180-220 km in range, but close to combat conditions, there is no need to panic, we can recall how such problems were successfully solved in the USSR in the sixties and seventies years of the twentieth century. Apparently, it is necessary to drastically change the direction of the main vector of efforts to ensure adequate military security. It is necessary to stop the pursuit of their opponents in this area and get rid of the feeling of their own powerlessness, and to ensure a saturated growth of the potential of the military-industrial and technological complexes of the state in the interest of building strong global tactical deterrence systems.
Ctrl Enter
Noticed oshЫbku Highlight text and press. Ctrl + Enter
We are
One army and three opinionsMilitary doctrine of the Russian Federation
5 comments
Information
Dear reader, to leave comments on the publication, you must to register.