Does Russia need a monarchy? Poll

July 27 2011
39
A significant part of the Russian patriots believe that the USSR was the most optimal regime for most of the nation’s powers, but not everyone thinks so. For them, the USSR is the time when the Russian interrupted historical power, the tradition of Russian statehood. In many ways, this position is supported by the current Russian authorities and is oriented toward the powers that be, the intelligentsia. For them, the film "Admiral" is a true historical truth. Some patriots of Russia are monarchists, they believe that Russia should again become a monarchist country. There are several options - some believe that it is simply necessary, following the example of Great Britain, to make monarchical power a symbol of Russia, while others want a real autocratic power.


Moreover, one can notice certain “signals” to society: mostly positive opinions about the pre-revolutionary period of the history of Russia, which were adopted by the intelligentsia serving the government, such as the 1992 film “Russia We Lost” by Stanislav Govorukhin. In Russia, the “heir” of the throne, Georgy Romanov, was received with honor, they treat with great trepidation news associated with the royal dynasty of England.

Consider the pros and cons of an autocratic, unlimited monarchy, since in a limited sense, there is almost no point, just entertain tourists, and other onlookers. In addition, there is an important financial factor - to keep a yard useless to the people is stupid, there is no common sense in this.

- The monarch is actually the “father” of the people, the idea of ​​the State-Family is embodied. This will solve many problems when the presidents are inherently temporary workers for whom the time of management is “feeding”. He is the real Master of his land, so he will not destroy it. He will not be a thief - he is already the “master” of everything, so he will not be encouraged to look beyond the theft of others, because his legacy will be stolen. Monarchy is in fact the most honest way to govern, he rules not because he was supported by financial aces (it is common knowledge that in democratic countries, the same USA, he who has invested more finances wins) and lied about his future actions best of all. the will of God and the consent of the people.

- Great savings and stability of the state - endless elections, campaigns, which take a lot of money and forces, stop. Management acquires greater stability - everyone is confident in the future, less disagreement in society. The monarch, after all, is a sacred (sacred) figure, which only by its presence creates a connection with “heaven”. The monarchy contributes to the development of long-term tasks - scientific, technical, military, space, economic, etc.

- The monarch is brought up in the Russian spirit, so it’s hard to imagine that the “best German” like Gorbachev, or the “friend of the French” like Medvedev would be at the head of the state. Interests powers for him above all.

- Russian autocratic power will help the restoration of the Russian Game Rules in Russia, and then on the planet. The word “autocracy” itself speaks about this - the monarch will “hold himself” the power.

- Monarch since childhood to prepare to govern, to rule, so he was initially better prepared for managerial functions than presidents, prime ministers, etc.

- It is easier for the monarch to punish (repress) officials, business representatives, etc., or vice versa, to encourage, reward citizens, as his right is based not only on the basis of the law, but also on the basis of his sacredness.

- Monarchy is the best way to control a multinational and multi-religious power, since only a strong, consecrated central government can extinguish centrifugal processes.

- The aesthetic effect, many are read by combat fantasy and love historical novels, therefore such phenomena as the “imperial guard”, the “imperial fleet” and other romantic aura inherent in the monarchy are positive. That is the monarchy is beautiful.

- In fact, the main disadvantage of the monarchy comes from the personal qualities of the monarch. At the new Zemsky Sobor, citizens of Russia can choose a truly worthy person, a patriot of their history, people, ready for hard work for the good of the Motherland, but unfortunately, children are not always worthy of their parents. As a result, the failure of domestic and foreign policy is possible - to recall at least Peter III, who actually destroyed the brilliant results of the Seven Years War with Prussia (then East Prussia became part of Russia), concluding a separate peace. Possible infertility or severe disease of the monarch.

- A tyrannical propensity, or pathological propensity may develop after the first period of government, a person may degrade over time. The issue of control over the main man of power - the Supreme.

- Degeneration, the distortion of the monarchy, turning it into tyranny. This phenomenon is accompanied by other negative phenomena: abuse of the power of the monarch, or his entourage; personal crimes of the monarch or his retinue; extra people of their rights and freedoms, persecution of dissidents, religious, national oppression; state collapse, revolution, with the connivance or assistance of the ruler.

In general, if we study the issue, it becomes clear that the monarchical system has a lot of merit when a strong, dignified person is at the head of a state. And this system has the right to life, if it is supplemented with some measures of a controlling nature: to create a system of education for the Russian aristocracy (not hereditary, each generation must prove its elitism), the extensive development of self-government, such as zemstvos, bureaucracy radically reduced; the gradual arming of the people - initially the right to weapon people should receive as a reward for any difference (Hero of Russia, Hero of Labor, etc.), then the commanding staff of the Armed Forces, the restored military estate of the Russian people - the Cossacks. 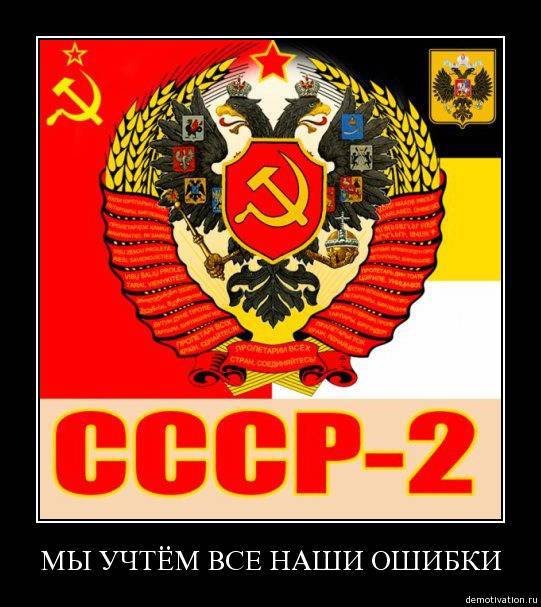 We are in Yandex Zen
Results of the week. “You see, every year my friends and I go to the bathhouse. This is our tradition. ”
20 years after the war in Bosnia 1992-1995: rare photos of the conflict
39 comments
Information
Dear reader, to leave comments on the publication, you must to register.