Director General of UVZ: modernization of T-72 tanks can be done in Azerbaijan

12 September 2014
113
Modernization of MBT T-72 to the level of support combat vehicle tanks (BMPT) “Terminator” may be engaged in Azerbaijani enterprises, the newspaper said Look with reference to ITAR-TASS. 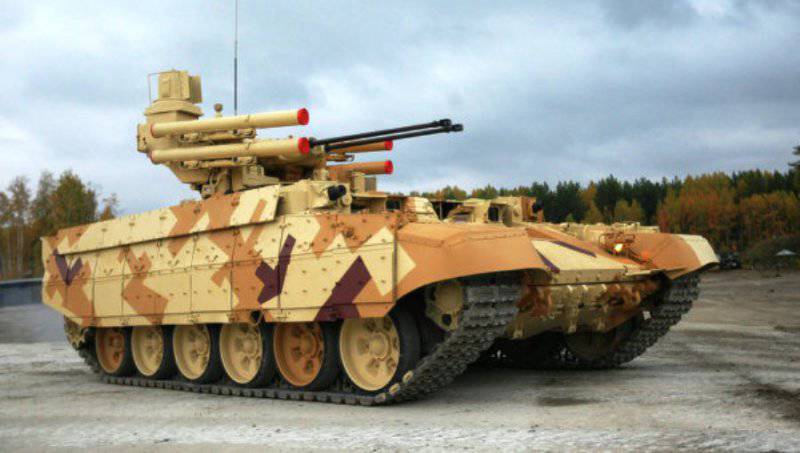 “Visiting the UVZ stand at the ADEX-2014 exhibition, President of Azerbaijan Ilham Aliyev noted that the modernization package, which allows turning the T-72 into the Terminator (Uralvagonzavod has already released its version of the Terminator-2), is easily accessible to the defense industry of Azerbaijan ", - said Oleg Sienko, general director of the corporation Uralvagonzavod, to the agency.
He stressed that Russian technical implementations will allow Azerbaijan to convert T-72 into Terminator at its facilities. “Modernization of the T-72 fleet is necessary everywhere, and not only in Azerbaijan. This is an obvious question. ”- stated the general director of UVZ.

The head of the Rosoboronexport delegation at the ADEX-2014 exhibition, Esen Topoev, told the publication that earlier the company had made a proposal to the Azerbaijani side to organize the modernization of the T-72 tank fleet.

“We presented the Uralvagonzavod products to the President of Azerbaijan Ilham Aliyev at a static site. We examined the BMPT-72 Terminator tank support vehicle and suggested that there is a sufficiently large fleet of T-72 tanks, to carry out their deep modernization to the BMPT level and consider further possibilities for developing this option.Said Topoev.