14 September 2014
67
On the second Sunday of September, all tankers, as well as representatives of the sphere of a tank structure, traditionally celebrate their professional holiday - Day of the tanker. This year, the Tankman's Day is celebrated on September 14. The official base for the existence of the Day of the tanker in Russia is determined by presidential decree No. 549 of 31 of May 2006. This decree regulates the list of holidays for the RF Armed Forces. The title of the decree speaks for itself: "On the establishment of professional holidays and memorable days in the Armed Forces of the Russian Federation." 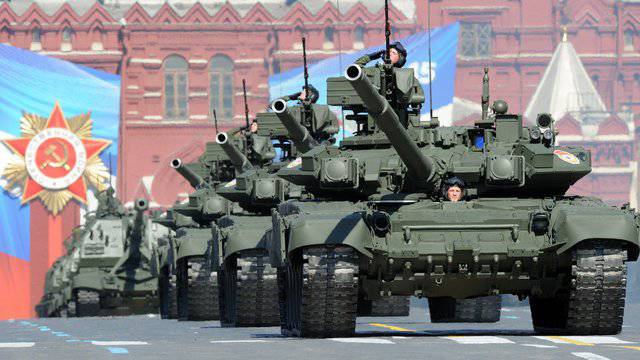 The choice of September, the date of the celebration of the Day of the tank crew took place in 1946 year. 1 July 1946, the Presidium of the Supreme Soviet of the USSR issues a decree stating the establishment of a new holiday in the calendar of the Armed Forces. For the Day of the tanker as the official holiday of the soldiers of the armored troops, the date of September 11 was chosen. This holiday is a special tribute to the feat of the Soviet tank crews during the Great Patriotic War. At the same time, the decree of the Presidium of the Supreme Soviet of the USSR also singled out the advanced role of tank builders, whose dedicated work helped to forge a common victory.

Why was Tankman Day tied to 11 September? The fact is that on this day - on the fourth day of the East-Carpathian operation - the troops of two fronts (Marshal of the Soviet Union I.S. Konev and 1 of the Ukrainian Front, General of the Army I.E. Petrov) got the opportunity for a powerful strike on the grouping of German and Hungarian troops. A significant success of this operation was the emergence of Soviet troops to the frontiers of Czechoslovakia.

It is believed that in 1946 the first official celebration of Tanker Day took place. Only it happened not on the 11th, but on September 8th. That day, in the very center of the capital (on Red Square), the famous parade of the Guards took place tank Kantemirovskaya division, which is the successor to the legendary 17th Panzer Corps. The soldiers of this tank corps demonstrated courage and heroism during dozens of battles. One of the most significant battles for the corps took place near the village of Kantemirovka. It was this battle that brought not only victory, but also a new name for the corps, two years later (after the end of the Great Patriotic War) reorganized into the 4th Guards Kantemirov Division.

The tanker's day was celebrated in the Soviet Union every year on September 11 up to the year 1980. In 80, the year is decided not to associate the holiday with a specific date, but to reorient it on a day off. It was after this that the Day of the Tankman in our country began to be celebrated on the second September Sunday.

2014 year - a special year for the entire tank industry in Russia. This year marks the 100 anniversary of the start of work on the creation of the first samples of domestic tanks. First of all, we are talking about a miniature “Rover” developed by A.Porohovschikov, as well as a “Tsar-tank” by designer N. Lebedenko. “Tsar-tank”, by the way, still holds the world record in size among all land armored vehicles ever created by man (its height was about 9 meters). To control such a giant, who, with someone's light hand, was called a mammoth, needed a crew of 14-15 people. For various reasons, neither Porrohovschikov’s “Rover” or Tsar-tank Lebedenko could not serve the Russian army. 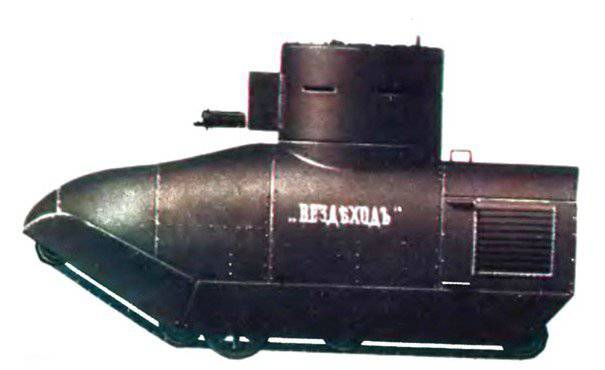 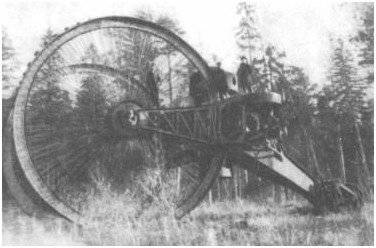 Glory to the domestic tank builders and tank crews came after years. One of the first successful series of Soviet tank building can be considered a series of BT tanks ("high-speed tanks"). This is the famous BT-2 (a series of 620 machines), and BT-5 (a series of 1836 machines), and, of course, BT-7 (a series of more 5300 machines). Despite the fact that all these armored vehicles had a lot of flaws, they were quite successfully used in a variety of operations. The BT-7 tanks were used on the Khalkhin-Gol lake, in the war with Finland. These tanks were used during the Great Patriotic War. 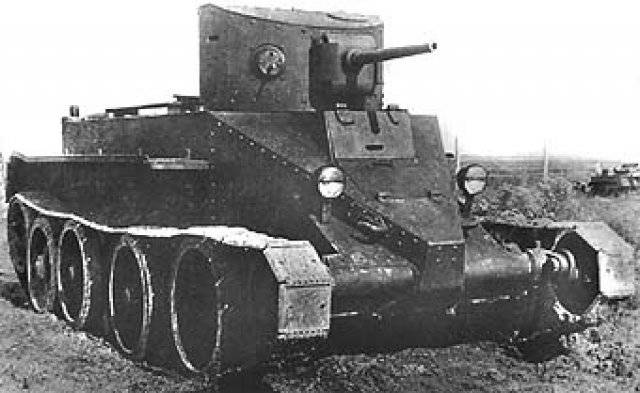 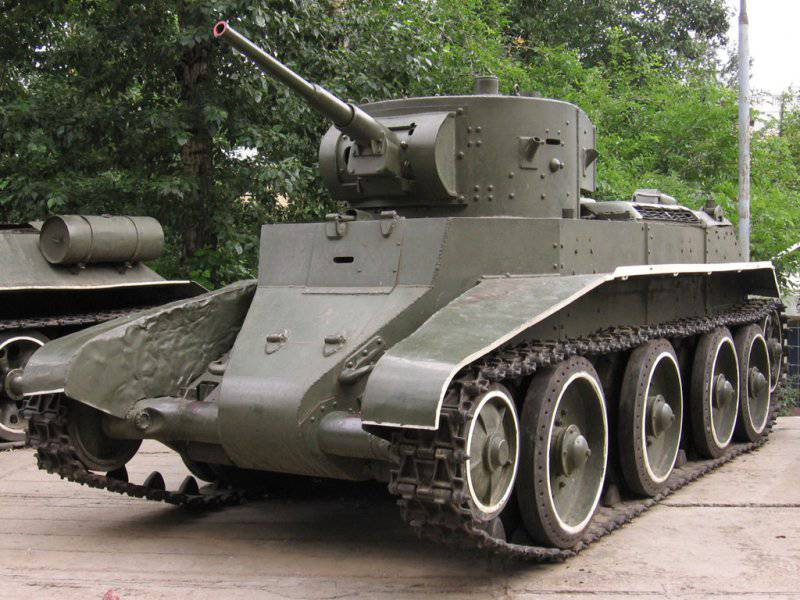 However, far from "bethashki" became a symbol of the Second World War. This war had completely different hero tanks, as well as heroes, whose professionalism and courage allowed the enemy to inflict crushing damage in both technology and manpower.

This, of course, is about tankers of the legendary T-34 and other armored vehicles, which allowed them to smash the enemy from the Volga, the Don and the Neva to the Vistula, the Oder and the Spree.

Speaking about the celebration of the Day of the tank, it is impossible not to mention the soldiers of the tank, who for their exploits were awarded the highest awards. In addition to 17, armored troops are twice-heroes of the Soviet Union, including Marshal Pavel Rybalko, Army General Ivan Chernyakhovsky, Marshal Semyon Bogdanov, and the list of Heroes is supplemented by over a hundred representatives of the armored military profession. Every last name on this list is nice история tank forces, courage, valor, honor, courage.

One of the Heroes of the Soviet Union - Nazar Prikhodko - tank crew of the 10 tank corps of the 183 tank tank brigade. During the crossing of the Dnieper south of Kiev, the driver Prikhodko was able to save the armored vehicle even after the enemy’s fire had almost destroyed the pontoon on which the tank was at that moment. After crossing the Dnieper, Nazar Prikhodko led the tank to the enemy’s positions so that during the attack the Nazis could inflict maximum damage in manpower and equipment. During the fighting south of Kiev, the crew of the tank destroyed more than 60 soldiers of the Wehrmacht, 1 mortar battery, 8 machine-gun calculations, 2 anti-tank guns, which helped to gain a foothold on the combat base. For bravery and heroism of October 23 1943, Nazar Prikhodko, a native of Primorye, was awarded the title Hero of the Soviet Union. And such feats Soviet tankers made a lot. Their contribution to the overall victory is truly great.

Today, the tank industry allows Russia to keep the bar on a powerful defensive state. In 2015, Uralvagonzavod plans to officially introduce the new generation of armored vehicles. This is the “Armata”, the expectation of which is put into service is awaited impatiently in Russia. Already "Armata" is called the tank of the future. In this regard, it is worth wishing Uralvagonzavod to successfully complete work on a new-generation tank, and the Russian Armed Forces to get military equipment that will allow to solve the most ambitious defense tasks of the country.

On this day, the “Military Review” team wholeheartedly congratulates tankers, tank builders and all those who know about the role of armored troops in the history of the country and appreciate the contribution of tankers to state security on the occasion. May your health be as strong as tank armor, may all your plans be realized, may your friends and relatives always embody a single crew. Happy holiday! Happy Tankman Day!
Military Reviewin Yandex News
Military Reviewin Yandex Zen
67 comments
Ad