Under the blow "two fortresses": the United States and Israel 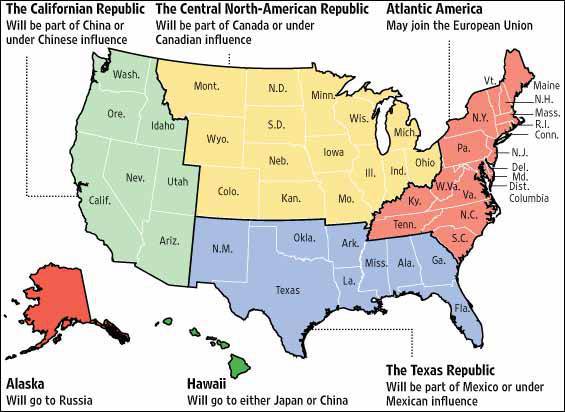 For a long time, the USA was the main instigator of wars, revolutions, and various kinds of conflicts in Latin America, Africa, and Eurasia. Yes, and Israel, a lot of "blood drank" from their Arab neighbors. But it seems that now they themselves will have to sip to the fullest the “charms” of the revolution, the wars on their territory. Thus, the “Tent Revolution” began in Israel, and the US is facing the problem of an economic default threatening to cause a new wave of global crisis, plus the largest metropolis of power - New York is preparing for its own “march of dissent”.

The President of the American "evil empire" Barack Obama 25 July made a speech and warned that the American people were in danger of default. He blamed Republican congressmen for this, criticizing their plan to reduce the US budget deficit. According to him, the proposals of the Speaker of the House of Representatives John Beyner aimed at increasing the limit of public debt can only delay the default of the country for six months, which does not solve the problem. Both sides are Republican congressmen, and their Democratic colleagues want to reduce US government spending and increase the national debt limit, but cannot agree on the details of this plan. In addition, Republicans oppose Obama's plan to abolish tax breaks for wealthy citizens. Instead, Republicans are demanding that the social programs of the state be minimized, for example: the payment of various benefits.

Another unpleasant “signal” that speaks of the approaching difficult time for the bulk of the US population is that American millionaires and billionaires flee from the United States like rats from a sinking ship, mainly to Latin American countries, for example: Chile, Argentina. So, only the Rockefeller Foundation and Ted Turner have already bought about 2 million acres of land. The same “signal” came from Israel - wealthy Jews are moving to Europe. In the Middle East it smells like a lot of blood, and the rich are not going to defend their “historical homeland, capital is always international. Moreover, the purchase of land and other assets is in Russia.

In the United States, an active process is underway to prepare the prerequisites for a revolution, or other large-scale social upheavals, so the date of the American "Dissenters March" in New York is set for September 17. Residents of the city gather for a demo against Wall Street and the entire financial system, which caused the global economy to fall in 2008. The organizers use the methods of the “Arab revolutions”, the newspaper “Adbusters” (those who are against advertising) began to gather people under the slogan - “borrow Wall Street”. According to the newspaper, the main idea of ​​the new model of the revolution, which they want to implement in the US, can be conveyed by Raimundo Viejo, a professor at the University of Barcelona (Pompeu Fabra): “The anti-globalization movement was the first step. Then our model was to attack the system, like a pack of wolves. There was an alpha male — a wolf who led the pack, and others who followed him. Now the model has evolved. Now we are a huge swarm of people. ” This newspaper, its headquarters is located in Vancouver, is famous for its attacks on consumer society and its satirical advertising. According to the editors: “The time has come for democracy, not for corporatocracy. Without her, we are sentenced. They offer their own methods of dealing with the deficit of the American budget and the financial oligarchy: the elimination of half of the military bases outside the US; to restore the Glass-Stigoll Act (the Glass-Steagall Act) is the 1933 law on the creation of the Federal Deposit Insurance Corporation, according to which the deposit and investment functions of banks are divided in order to stop bankers' speculative operations. The newspaper believes that at least 20 thousand Americans will gather for the action, they will break a multi-day camp and will demand that their requirements be fulfilled, like the Egyptians. They spread their ideas through the social networks of the Internet.

What can a social cataclysm in the USA lead to? States can get a civil war, too long racial, religious contradictions driven underground, the explosion will be terrible. Just one fact: according to experts at the Pew Research Center, who based their findings on a case study from the US Census Bureau of 2009, there is a huge social stratification in the United States. It turned out that the size of the property of a white family is on average larger than the size of a Negro family by 20 times. Latin American households are poorer than white citizens by 18 times. This is the most record gap that has been recorded in the entire history of observations in the United States, which the American authorities have been conducting since the 1980's. In addition, white families least of all felt the consequences of the recession and crisis of the 2005-2009 years: white families lost an average of 2005-2009 years, 16% of their capital, the well-being of the average Negro family fell by 53%, Latin American families lost even more - two thirds of its capital. According to the census of 2010, the following people live in the USA: 50 million Latinos is 16% of the total population; the number of those who ranked themselves among the Negro population amounted to 42 million people - this is 14% of the population. Plus, the Asian communities are Arabs, Kurds, Chinese, Vietnamese, Indians, etc. That is, explosive material is enough.

Not only did Jerusalem get the “headache” of revolutions that could lead to the most unexpected scenarios. In Israel, began its own revolution - "tent". A characteristic sign of the protest of the Jews - became the tent. This movement began, which is quite symbolic - this is the day of the capture of Bastille, July 14, on this day a group of “p-revolutionaries” gathered in the square in front of the Habima theater in Tel Aviv.

The main participants, as in the Arab revolutions, youth, the reason for the performance was the rising cost of housing in the city. For students, the growth of its cost, including rented housing, is a serious problem. Then the movement was supported by ordinary employees, who actually have to “work” on an apartment - for example, you can rent a 3-room apartment in Jerusalem for 6500 shekels, and hired employees receive in Israel about 5 thousand shekels. Especially difficult situation for new repatriates, they have to give to rent housing, or pay up to half the income for a mortgage. It annoys people and municipal land tax - about 900 euros per year.

The main communication system, the propaganda of demonstrators, as in the Arab countries, is the world wide web. A week later, the “tent revolution” spread to Sderot, Beer-Sheva, and Haifa. The movement’s support was announced by the chairman of the All-Israel Student Association Itzik Shmuly. The protesters have a new requirement (“the process has started”): they demand the adoption of a state program for the construction of housing for the poor. For the government, this situation was very unpleasant.

Summing up, we can say that the world really stands on the threshold of epochal events, does not see and does not feel this, only the "blind." We wish our overseas "friends" to enjoy democracy and freedom in full ...

We are in Yandex Zen
The March "default" of America: the country will save Jack Lew
US National Security Interests and American Values: Primary and Secondary
3 comments
Information
Dear reader, to leave comments on the publication, you must to register.