New professions for former military personnel - at the expense of NATO 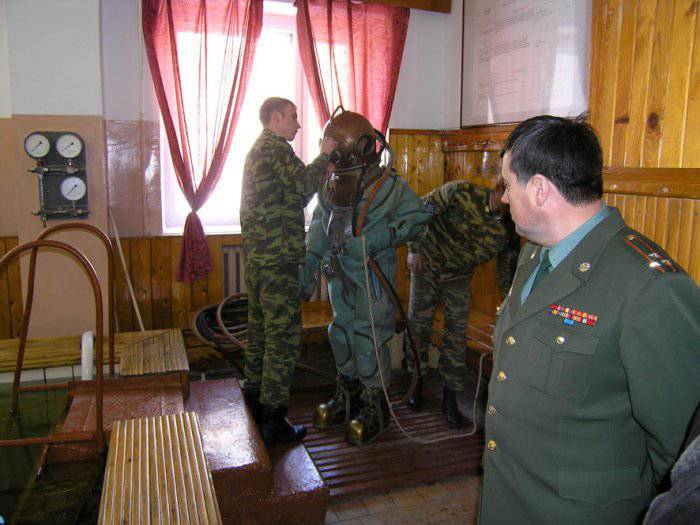 The NATO Alliance will continue to support the project of retraining of Ukrainian military personnel, have already served in the army, but on condition that its government will participate in financing this program, the ambassador extraordinary and plenipotentiary of the Kingdom of Denmark said in Kharkov during the ceremonial release of the seventh stage of vocational training of military personnel Ukraine, Michael Borg. In Slobozhanshchyna, three-month training courses of the Center for Retraining and Social Adaptation are held on the basis of the Intersectoral Institute of Postgraduate Education at the Kharkov National Polytechnic University. According to the organizers, the courses should help former military personnel find employment in civilian life.

The final part of the three-month retraining and advanced training courses for servicemen discharged to the reserve or retired, as well as those who were dismissed from the Armed Forces of Ukraine included in the plan, is the vacancy exchange.

In 63, course participants are already behind the lecture and tests. Former army men studied in three areas: business management, marketing, and computer systems and networks. With certificates of receipt of a specialty, they went to find a job - it was for this purpose that the regional employment center organized a job exchange.

Among the proposals - the work of an insurance agent. And at the factory named after Malyshev we need turners, mechanics, millers. Now this industrial enterprise needs one and a half thousand specialists. The fair also has vacancies from banks and network marketing companies.

Senior Lieutenant Sergei Bobrov served as a contract in the radio engineering forces. In the "citizen" he wants to become a specialist in computer technology. However, Bobrov did not manage to find a job in the specialty on the stock exchange, which he received at retraining courses. We'll have to look for it yourself.

Alexey Chaika was released from anti-aircraft forces. A lieutenant colonel in stock should be a marketer at the end of the course. “I read the plates with sentences and realized that this level does not correspond to the knowledge that we were given. I am interested in the machine-building complex, ”Chaika explained his disappointment.

Yuri Parzhin, deputy director of the Inter-sectoral institute of postgraduate education, on the basis of which training courses of the Center for Retraining and Social Adaptation take place, says: graduates are employed mostly by private companies, in partnership with them Kharkov Polytechnic University, which operates this inter-sectoral institute. The scientist explains: “Our main task is to give impetus to an independent job search. In the process of learning, they create their own websites and pages on electronic resources, place resumes on employers' websites. ”

NATO is worried about the Ukrainian military, but not Ukraine itself.

For years 15, various international foundations have been funding the retraining programs of the Ukrainian military. For example, since 2006, the NATO Trust for Partnership for Peace Foundation has been supporting the Khmelnytsky retraining and social adaptation center for military personnel. The center operates on the basis of the National Khmelnitsky University, and in 2009, the Kharkov Interdisciplinary Institute of Postgraduate Education became a partner of the Kharkiv region.

The future of the Ukrainian military should take care first of all the government of their country, and not NATO funds, the coordinator of the program of retraining of former army men Christopher Staude is convinced.

According to him, last year under the programs of international donors, such as NATO, OSCE and the Norwegian program, 2700 Ukrainian soldiers were retrained, while at the expense of the Ukrainian budget only 30 soldiers and officers who had served in army. This year is the same situation: for the retraining of military personnel of Ukraine from international budgets, 2600 or 2700 seats are provided, and the government of this state did not finance this program at all. This discrepancy needs to be leveled, says the program coordinator.

Denmark has played a decisive role in financing retraining centers in Khmelnitsky and Kharkov for several years, says Mikael Borg, the Extraordinary and Plenipotentiary Ambassador of this country in Ukraine.

In an interview with journalists, he said: “Now NATO is thinking about the future of this program. We decided that Ukraine also has to allocate some funding for the retraining of its military. My country will continue to participate in the financing of the project, but not as a leading country. ”

We are in Yandex Zen
Military reform as an integral part of the security concept of the Russian Federation: Systematic dynamic assessment
On the issue of adaptation of a university student enrolled in the faculty of military training
4 comments
Information
Dear reader, to leave comments on the publication, you must to register.