11 September 2014
29
The Georgian newspaper Alia published an interview with Interior Minister Alexander Chikaidze, in which he accuses Mikhail Saakashvili of preparing a coup d'état. It is reported online edition Russian spring. 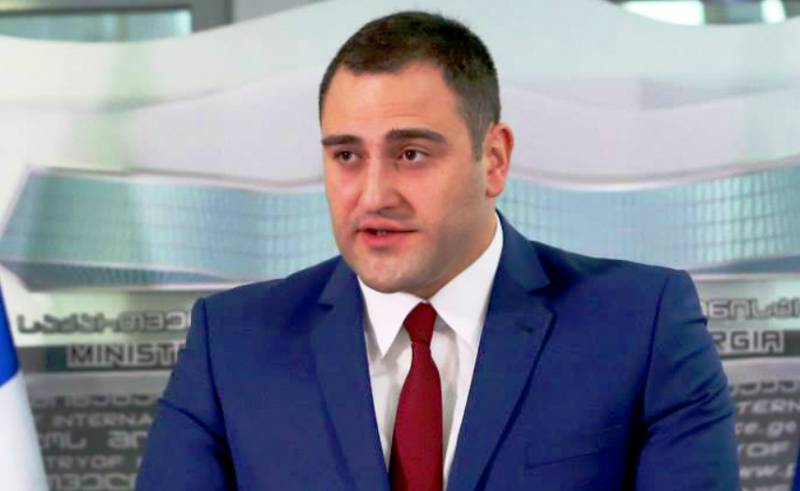 The minister said that Saakashvili repeatedly held meetings with activists of his United National Movement party and his supporters from various non-governmental organizations in Kiev and Turkey. At these meetings, the ex-president gave his colleagues specific instructions. In particular, "the UNM leaders were instructed to create a mobile group of 500 people who would organize unrest in the country, provoke the police, organize aggressive protests using such topics as the crime situation, social and economic problems, relations with Russia and much more." Thus, Saakashvili planned to “create a negative background in society and spread it to the media and the diplomatic community.”

One of these plans, according to Chikaidze, was to arouse discontent among the population with the work of the ambulance. According to the minister, “members of the non-governmental organization Free Zone, who actively support the UNM, on Saakashvili’s instructions, will have to collect information on deceased patients from emergency doctors to use them for negative PR against the government.” According to the plan, the public should be of the opinion that the government has limited the number of ambulances to the sick, “which has led to an increase in mortality among patients.”

The minister said that the security services had stopped and would prevent such negative actions, and that on the basis of the information received, a criminal case had been initiated into the attempted seizure of power.

Earlier, an interview with the same newspaper was given by the leader of the Left Alliance, Soso Shatberashvili, who said that Saakashvili had allocated a billion dollars to destabilize the situation in Georgia, followed by a coup d'etat.

“We recently had information that the“ nationals ”would demand Chikaidze’s resignation, which is what happened. There is also information that soon they will demand the resignation of Nodar Khaduri (Minister of Finance), and later - Irakli Garibashvili (Prime Minister). And this will be helped by President Margvelashvili, who has moved to the side of the “National Movement”. ”- said Shatberashvili. He reproached the Georgian government, which was unable to prevent UNM plans, with helplessness, and predicted that the situation would escalate by mid-September.

Meanwhile, the fact of initiation of criminal proceedings, designed to expose the perpetrators of swaying the situation in the country and preparing for the seizure of state power was confirmed by the chairman of the parliamentary defense and security committee Irakly Sesiashvili.

“The Ministry of Internal Affairs of the country should reveal that this group of 500 people who received the task from the leaders of the National Movement to create an apocalyptic picture in the country, strain the situation and use everything for their own political points. This is nothing more than the pursuit of a violent seizure of power. ”, said Sesiashvili.

The publication reminds that several criminal cases were opened against Saakashvili in Georgia. “In particular, he is suspected of exceeding his authority during the dispersal of November 7 protesters in Tbilisi 2007 of the year, involvement in the defeat of Imedi TV company, as well as misappropriation of the property of the late oligarch Badri Patarkatsishvili,” the website reports.
Ctrl Enter
Noticed oshЫbku Highlight text and press. Ctrl + Enter
Military Reviewin Yandex News
Military Reviewin Yandex Zen
29 comments
Ad