November 29, 2010
2
The Ministry of Defense abandons a number of projects that were still considered very promising 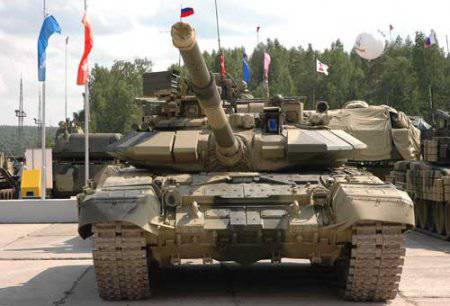 Communicating with reporters in early April, Deputy Defense Minister - Chief of Armaments of the RF Armed Forces, General of the Army Vladimir Popovkin, made a sensational statement in his own way. According to him, among other topics that were still considered very promising, work on the project is also stopped. tank a new generation - the notorious T-95, about which there has been a lot of talk over the past ten years.

In addition to the topic "Object 195" (aka T-95), the ROC on the two-barreled self-propelled gun "Coalition-SV", on the topic "Burlak", which was being worked out in the Omsk KBTM, which provided for the creation of a universal tower that could released tanks. Also, the Ministry of Defense decided to abandon plans to purchase BMD-4, 125-mm self-propelled anti-tank guns "Sprut-SD" and a tank support combat vehicle - BMPT.

Doubts about the advisability of equipping the troops with BMD-4 and Sprut-SD self-propelled anti-tank guns were also expressed earlier. These lightly armored, but highly armed vehicles do not really fit into the current concept of building the RF Armed Forces. But the rejection of the new generation BMPT and MBT was a real surprise.

In this situation, perhaps most of all, it is a pity for the BMPT. This vehicle was developed in Nizhny Tagil on an initiative basis based on an analysis of the experience of using armored vehicles in Afghanistan and Chechnya. That is, the BMPT was intended for combat operations in a local conflict with the absence of a clear front line, under which the Russian Armed Forces are basically "sharpened" now. True, the use of the machine in the troops required the introduction of new tactical techniques. But the military for some reason did not want to do this.

As for the T-95, this project is clearly a victim of the collapse of the USSR and the subsequent systemic crisis of the 90s. During the time while the Ministry of Defense did not have money to order new equipment, the tank had time to become obsolete, and the defense industry complex lost its former power required to implement this rather complicated brainchild in technical terms. Thus, the implementation of the project, which had been hatching for about 30 years, in the end turned out to be inexpedient. In 2008, when it was announced about the impending adoption of the T-95 into service, "VPK" already expressed doubt that the new tank would go into production exactly in the form in which it seemed to experts throughout the past decade. But the reality turned out to be even harsher. In the short term, the RF Armed Forces, according to Vladimir Popovkin, will be content with only a modernized version of the T-90.

As reported by the Interfax-AVN agency, the Deputy Minister of Defense said that at present, comprehensive work is underway to modernize the T-90 tank, aimed at increasing the combat power, equipping the vehicle with a new night vision complex, “to remove the combat compartment in which ammunition is stored from the tank cabin. " Vladimir Popovkin also noted that "armor is being improved, including active armor." He stressed that the company, which is engaged in the modernization of the tank, promises to complete it by the end of the year.

Unfortunately, representatives of the Uralvagonzavod and the Ural Design Bureau of Transport Engineering were unavailable to comment on the changes in the appearance of the T-90. However, in all likelihood, we are talking about setting into serial production of "object 188M", which was demonstrated to Prime Minister Vladimir Putin at the end of last year in Nizhny Tagil.

In this car, the fighting compartment underwent the most serious changes. The turret has become longer, its protection has been strengthened: it, in particular, is devoid of weakened zones in the lateral projection, and part of the ammunition has been moved from the hull to the aft niche. The autoloader has been redesigned to use longer APCR shells. The turret has a gun with the 2A82 index, which has more advanced ballistic characteristics compared to the 2A46 family guns. The commander received a modern three-channel sighting system with a thermal imager. A new combined protection of the upper frontal part is installed on the body of the modernized T-90. According to some reports, the driver, instead of the traditional levers designed to change the direction of travel, will now control the tank using the steering wheel.

As for the T-95, the abandonment of this vehicle is not a disaster for the Russian tank building school. Life does not stand still, and the designers will definitely receive an order for the development of a new generation MBT. The main thing is that the money for it is allocated on time and in full, otherwise the project will again be stillborn.