How the Taliban degenerates

11 September 2014
7
In the Afghan war 1979-1989 on the other side were their fighters of the "invisible front." One of the most influential among them was Amir Sultan Tarar, the “godfather of the Taliban,” better known as Colonel Imam. He participated in numerous international intrigues, collaborated with various special services, movements and tribes. [1] “Tarar personified the complexities of Pakistan’s multifaceted policy towards militant Islam” and was undoubtedly “one of the most colorful and controversial figures in the shadow world of spy games on the troubled border between Pakistan and Afghanistan.” [2]

After graduating from 1970 in the Military Academy of Pakistan, Tarar, in the rank of “second lieutenant”, was assigned to the 15 line regiment.

At 1974, he was sent to the United States, where he went to Fort Bragg, North Carolina, for a special forces program, after which he was handed an American green beret.

Returning to Pakistan, Tarar was determined to serve in the Interdepartmental Intelligence (ISI) of Pakistan. About the activities of Tarar as an agent of the Ministry of Internal Affairs almost nothing is known. Most of the widespread information about him, by his own admission, was once his operational legend, and was also the result of media speculation.

It is known that on his return to Pakistan Tarar taught the tactics of guerrilla warfare, "students", who fled in 1978, the Afghanistan of the communist revolution, including the future leaders of the anti-Soviet "resistance" Gulbuddin Hekmatyar and Ahmed Shah Massoud and Mohammed Omar and Dzhelaluddinu Hakkani With 1980, Mr. Tarar participated in the Afghan war against the Soviet Army, which he later commended. [3] It is believed that its main function was to train the Mujahideen, and in close contact with the CIA. American-sponsored camps functioned in the Pakistani province of Baluchistan and in the tribal border area (North-West Frontier Province). [4] However, in our opinion, the preparation of the Mujahideen for guerrilla warfare was for Tarar only a cover for recruiting agents who were supposed to work for the IBR.

After the collapse of the USSR, President George Bush Sr. invited Colonel Imam to the White House, where he was handed a fragment of the Berlin Wall with a brass engraved inscription "To the one who struck the first blow." [5] 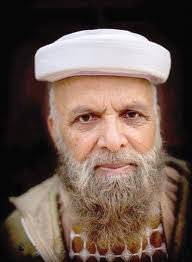 Colonel Imam continued his active participation in the politics of Afghanistan and after the withdrawal of Soviet troops from there. At the start of the 1990, MVR began to support the Taliban. Colonel Imam was sent back to Afghanistan under the guise of the position of Consul General of Pakistan in Herat to advise and finance the Afghan Taliban leader Mullah Omar. [6] His meeting with Omar in a new capacity occurred in 1994. [7] Then Omar was already called the Emir. [8]

Tarar played a key role in the Taliban seizure of power in Kabul in 1996. [9] In his own words, he later became so close to Omar that after the September 11 attacks, 2001 came to him and left only when the American bombings began. [10] At the end of 2001, Colonel Imam finally left Afghanistan and settled in Rawalpindi. [11]

Strokes to the portrait of Tarar can be his statements in an interview with the journalist of the Italian newspaper "La Stampa" Francesca Paci. First, the distinction between al-Qaida and the Afghan Taliban: “The Taliban are different from al-Qaida, they are simple Muslims. Afghans do not share the idea of ​​centralizing power, as al-Qaeda dreams of. ” Secondly, about the attitude of Americans to Afghans: "They (Americans. - PG) used Afghans against the Soviet army to throw them later, at the moment when they needed schools, water, and infrastructure." Finally, “the journalist asked what the Colonel would advise Washington if he were asked the day after the September 11 attacks. The colonel replied: “I would advise you to find irrefutable evidence and submit it to the UN. Mullah Omar did not refuse to extradite Osama, but asked for evidence of his guilt. America wanted to do everything on its own. ” On that day, the Colonel hid a green beret in a drawer, a gift from his former American friends, and put on a white Taliban beret. ” [12]

In the last decade, the MUP has refused to support jihadists. When American troops sought out Bin Laden, President Musharraf distanced himself from the Taliban, dismissed his most radical generals, including then the director of the IRP, Mahmoud Ahmed, and recalled Colonel Imam from Afghanistan. In January, 2002. President Musharraf delivered a speech against jihadists: “We must rid society of extremism,” said Musharraf. The Pakistani Taliban are affiliated with their Afghan "counterparts", but to a large extent they are influenced by al-Qaida, which is fighting the Pakistani state. They believe that the IRR betrayed them and became their enemy. As a result, the MOM has become the target of Islamic extremists. Over the past few years, hundreds of IDP employees have died as a result of explosions in transport and offices, as well as dozens of IDP agents were beheaded in the tribal areas. [13]

Colonel Imam, who did not hide his negative attitude towards the new generation of the Taliban, did not leave their revenge. Thus, he stated that the Taliban had been corrupted in recent years by scumbags who had entered the movement, in fact, criminals. He also criticized the Pakistani Taliban, who in 2007 began to fight the Pakistani army in the Swat valley (the so-called “Second Front of the Waziristan War”) and organized a series of explosions in Pakistan’s cities, calling for their neutralization. [14]

Before being kidnapped, Tarar became a firm supporter of peace negotiations with the Afghan Taliban, insisting that a distinction should be made between them and al-Qaida, an idea that is currently being spread as a possible solution to the war. In addition, he warned that American attempts to split the Taliban by bribing their commanders were doomed to failure. [15]

In March, 2010 Tarar traveled to Waziristan with another former MVR employee, Khalid Khawaj, a British journalist, Asad Qureshi, who, on the instructions of Channel-4, had to interview one of the Pakistani Taliban leaders, Hakimullah Mehsud [16], and his crew, as well as a lead driver and assistant driver of the Pakistani Taliban, Hakimullah Mehsud [N 17], and a crew lead driver. Khan. But the Taliban, on their way to the city of Miranshah, the capital of North Waziristan, took them hostage. [2007] In April, Khawaja was executed after he made a videotaped confession that he was “a spy for the MUP and the CIA who betrayed the extremists during the siege of the Red Mosque in Islamabad in 18 year”. [19] At the end of April, his body was found in North Waziristan on the side of the road with a note that he was working for the CIA and the IHR, and with a warning that other American spies would face the same fate. [20] Qureshi was released in September, after his family paid the ransom. The driver was also released. [XNUMX]

The organization of the abduction involved Usman Punjabi, who demanded on behalf of a previously unknown group of Asian tigers for the release of Colonel Imam 5 million rupees (ie approx. 55 thousand US dollars). [21] By indirect evidence, militants were involved in the abduction of Tarar, who attacked the General Staff of the Pakistan Army in Rawalpindi in October 2009, [22] 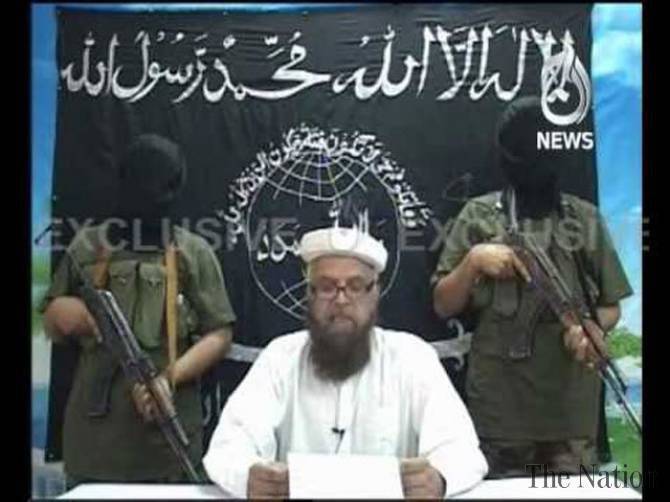 A. S. Tarar in captivity by the Pakistani Taliban

For the release of Colonel Imam, intense negotiations were conducted, his video messages were broadcast several times, but the situation could not be changed, because his family’s financial resources were limited and the state did not pay. [23] The case was complicated by the fact that the Taliban demanded the release of at least five prisoners whom the army refused to extradite. [24]

Colonel Imam was shot as seen in a videotape distributed to Tehrik-i-Taliban Pakistan [25]. The video shows Hakimulla Mehsud [26] shooting Tarar. From the same video it follows that the penalty was perfect 19 February 2011 r. [27]

When security officers confirmed Tarar’s death, the kidnappers demanded a ransom of 2 million rupees for his body (i.e. approx. 22 thousand US dollars). [28]

These are the champions of jihad. Under the high slogans of the "holy war", ordinary criminals are now rampant. Or maybe they were always like that, and only the time came when they showed their true face?