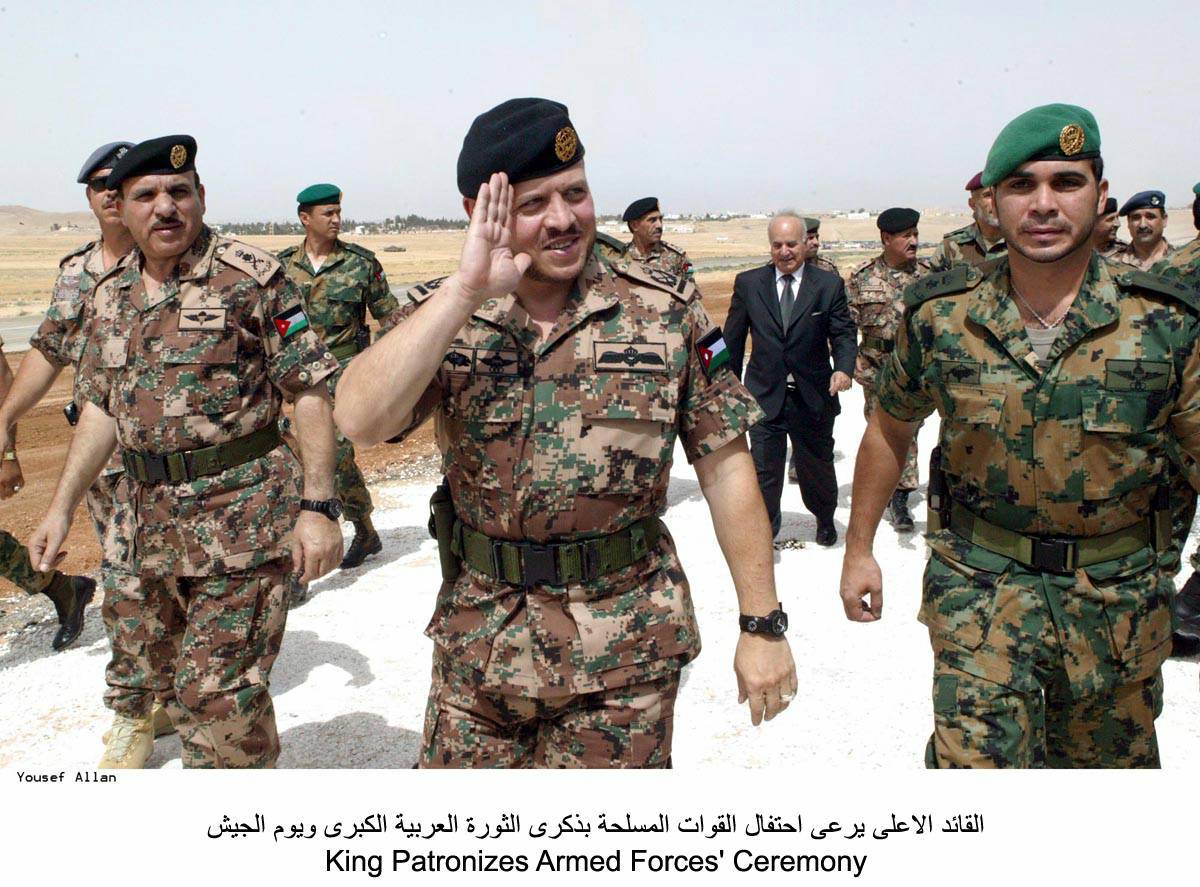 His Majesty King Abdullah II ben al-Hussein bin Talal is the eldest son of King Hussein and Queen Muna. 30 was born on January 1962 of the year in Amman. A graduate of the famous British Military Academy in Sandhurst. From 1994 year - the commander of special forces. In 1998, he was given the rank of lieutenant general. January 25 1999 was proclaimed Crown Prince, and from February 7 1999 - King of Jordan.

The death of King Hussein in 1999 undoubtedly shook the whole of Jordan. On this person they prayed in the country, they idolized him. He ascended the royal throne of August 11 1952 of the year and reigned for almost 47 years! Over the years, both in the Kremlin and in the White House, several government eras have changed. And in a small Middle Eastern state, the kingdom was ruled by one person, almost all half a century, who was a conciliator, a pacifier in the Arab world. It was he who decided to take a desperate step to make his state a mediator between the irreconcilable world of Islam and the West. Not only his subjects, but also distinguished guests from all over the world, including the President of the United States and his three predecessors, as well as Russian President Boris Yeltsin, escorted Hussein on his last journey. King Hussein, this truly legendary man of his time, was to be replaced on the throne by Prince Abdullah.

The share of King Abdullah II Bin Al-Hussein had a difficult and at the same time honorable mission - to become not only the successor to the throne, but the continuer of the father’s work. King Abdullah the Second, Ben Al-Hussein, overcame the difficult path of “preparing the monarch,” intended for the offspring of almost every royal family. Having received his initial education at his native metropolitan Islamic College of Science, the future king completed a full course of study in a number of educational institutions in England and the USA, among which Oxford University can be distinguished, as well as a diplomatic school at Georgetown University in Washington.

Much attention in the preparation of the heir was given to military education. He graduated from the Royal Academy of Military Training at Sandhurst, this kind of cadet corps, where future kings, emirs and sultans are trained, and his father had completed three decades earlier. However, it should be said that, despite the significant privilege of this military school, absolutely no discounts on royal origin are made there, and the hereditary princes experience all the charms of military training on a par with other less noble students of the academy. Then Prince Abdullah had to serve in the army of Great Britain, and in the armed forces of his native Jordan, and even in one of the divisions of the Russian airborne forces. King Abdullah II, a characteristic of all members of the famous Hashemite family, is fully committed to comprehending various military equipment - he served in the amphibious and armored units of the Jordanian army; he also learned the art of piloting combat aircraft and has military qualification of a fighter pilot.

By the way, despite the massively widespread ideas about the incredible luxury of the life of the Eastern rulers, the Hashemites always shook their simplicity. The main palace complex in the capital, Amman, for example, doesn’t resemble the palaces of the famous oriental tales. In the royal palace, the furnishings and interior are simple and rational. The difference of the capital of Jordan from other republican capitals of the rich Arab world is that the streets and avenues of Amman do not adorn numerous portraits of the king, and at the same time he traditionally enjoys the undisputed respect of his subjects.

The main distinguishing feature of King Abdullah II Bin Al-Hussein Bin Talal is his passion, confirmed by his knowledge, in everything related to the army and, in particular, weapons. It is the king who decides on the supply of certain types of weapons, and only he decides what weapon needs to be developed, and when placing an order, he personally indicates the requirements for the future arming of his army.
Ctrl Enter

We are in Yandex Zen
Conwy Castle - the royal castle of the "iron ring" of Edward I.
September Revolution: 52 a year ago in the “hot spot” of the Arabian Peninsula overthrew the monarchy
1 comment
Information
Dear reader, to leave comments on the publication, you must to register.