Jesuit operation of the West

10 September 2014
11
The attention of the whole world is currently focused on events in Ukraine. The “independent” means of mass psychological processing, in the sweat of their faces, work out the pieces of silver, which the powerful people endow them with, trying to impose responsibility on the blood shed on Ukraine on Russia.

Therefore, in order to successfully resist the aggression of the West, it is necessary NOT to hesitate to tell the truth. And the TRUTH is, and even children know it, that the beginning of the Ukrainian crisis was laid by the illegal armed coup d'état, carried out by Western forces led by the United States. And let it be not the armed forces of NATO, but their Ukrainian hirelings, this absolutely does not change the essence of the matter. THE REVOLUTION IS IMPLEMENTED BY THE USA AND EXACTLY THEY WILL ENABLE THE ORIGINAL AND FULL RESPONSIBILITY FOR THE TRAGEDY IN UKRAINE. But Russia was only forced to respond to the aggression of the West. Sufficiently well in the Crimea and, unfortunately, less successfully in other lands.

It would be wrong to consider today's events in Ukraine in isolation from the whole stories relationship of Russian and Western civilizations. The latter, led by the Vatican, has been pursuing the policy of Drang nach Osten for the Slavic, including Russian, civilization for millennia. As a result, the once Slavic lands have now become Germanic or other Western European. Even the peoples formally attributed now to the Slavic civilization, in fact, for centuries carried out anti-Slavic policy, systematically participating in the wars of conquest against Russia. The saddest example is the Poles.

And today, the West, in the wake of this aggressive policy, is trying to seize the already native Russian lands: from Red Russia to Novorossia and the lands of the Don Army.

For this, the West for a long time created a new community of people. Many now believe that in the territory of today's Ukraine under one name actually live two different nations. I would say two races. The community developed in Galicia, professing Catholicism under various signs (see “The War of Civilizations: Ukrainian Project” at http://topwar.ru/48136-voyna-civilizaciy-ukrainskiy-proekt.html), became a completely different race that considered residents of the eastern and central regions, subhuman, cattle and "Colorado". What is constantly being repeated not only on sites, but also in all Ukrainian state-owned media, and from high state stands.

The current situation in Ukraine differs from the 1941 of the year only in that at that time the Nazis (German fascist invaders) tried to establish their authority in Ukraine, and today Bandera are Ukrainian fascist invaders. And she gave birth and nursed both those and others the same - the western - civilization. Only in 41-th it was undisguised aggression, and today - indirect, performed through Bandera lackeys.

Therefore, one of the most important tasks in resolving the Ukrainian crisis today is the task of separating and distinguishing these races in Ukraine.

There are two options. First: leaving the name "Ukrainians" for the inhabitants of the east of the country, give the name of the newly-established race: "Galicians", "zapadentsy", "Orcs" (which, in my opinion, is the most accurate) or any other.

The second is to clarify the fact that the toponym "Ukraine" was first introduced into circulation by the Poles, who are an instrument of the aggressive policy of the Vatican against Russia. They began to call the former Russian lands of Kievan Rus, deserted after the Horde invasion.

Great Russians, who took the baton of the Russian civilization, did not see the trap in this and also began to use this name along with Little Russia. This state of affairs made it possible for a part of the Russian people to call by a different name, Ukrainians, while changing their religion and language.

Therefore, the second option is to leave the ethnonym "Ukrainians" for those who betrayed their Russian ancestors, their faith and Russian history; those who became separatists, separated in 1991 from the Russian civilization; those who, as a result of this treason, turned into bloody terrorists, killing cluster women and children of the eastern regions with cluster bombs and white phosphorus.

And the people who are not inclined to the current Nazi government, call Novorossia or simply Russian, which they actually are. And it is better to give them the opportunity to resolve this issue themselves at a referendum. 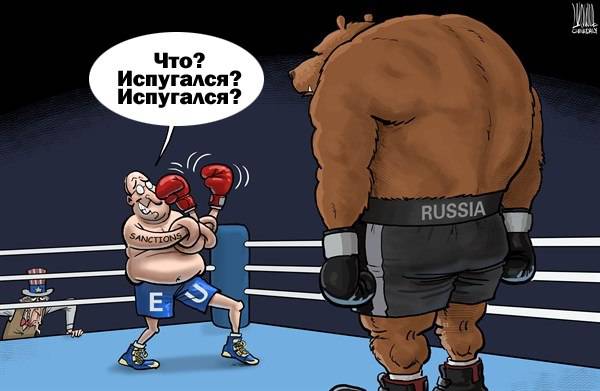 Each of the options has its pros and cons, but to drag on with this problem further means to delay the bloodshed.

And this issue - national identity - it is advisable to hold on the entire territory of today's Ukraine. Take into account at the same time that the Russians are the part of the population that has traditionally lived on these lands (from Chervonnaya Rus to the lands of the Don Army). Then they freed her from alien invaders and settled in her. Hence, we must, in fairness, recognize her right to this land.

And those mankurts who have ceased to feel themselves Russian, have forgotten that their fathers and grandfathers fought against the fascists, and not for them, as well as the descendants of Bandera - all these creatures who perceive themselves as Europeans, even if they go there. "Suitcase, train station, Europe." And to turn the current Ukraine into a European colony can not be allowed.

And a few words in conclusion. Since all the blame for the Ukrainian crisis initially and fully lies in the West, headed by the United States, the SANCTIONS declared by him against RUSSIA ARE UNJUST. And that means - ILLEGAL. And this is a good legal basis for the requirements of their abolition. I hope that at least Vladimir Volfovich will declare this to the whole world.

PS During the ongoing information war, the aunt from the human rights group was recently shown on TV. She dared to declare that holding neo-Nazi prisoners through the city’s streets is a war crime. In the light of this incident, it is necessary, wherever possible, to assert that a real war crime is participation in the war on the side of Nazism condemned by the whole world community. Including in its informational component.