Beijing is developing a pulse weapon 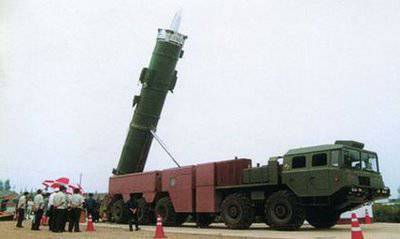 China is developing weapons pulsed action. Beijing is preparing a new type of armament for use against American aircraft carriers in the event of a possible conflict over Taiwan. The Washington Times learned about this from a report prepared by the National Intelligence Center of the US Ground Forces as early as 2005, but published only a few days ago, reports with reference to the Focus.KG publication.


It is assumed that Beijing may use the Assassin Club against Taiwan and the US carrier strike group, which they decide to nominate to help their ally. At the heart of these plans is the calculation that minimizing the loss of human life will reduce the likelihood of a nuclear retaliatory strike by the United States and the hostility of the people of Taiwan, the report says.

A weapon, the striking factor in which is an electromagnetic pulse (EMP), recreates the gamma radiation produced after a nuclear explosion. It covers a large area and disables all electronics, including computers and cars. From the declassified report it appears that in the event of a war with Taiwan, China plans to use a Dongfeng 21 medium-range ballistic missile and put the weapon into action at an altitude of 30 — 40 km, in order to “limit the operation of EMR to the territory of Taiwan and its immediate environs, and the damage electronics on the mainland to minimize. "

A similar effect can be achieved with a low-powered strategic or tactical nuclear warhead. According to the report, the side effects of EMR weapons have already been tested by the Chinese during medical research on mice, rats, rabbits, dogs and monkeys. According to another version, the main task of these tests was the development of "torture for prisoners."

The report also contains “new” information on the development of microwave weapons. With its help, the Chinese are going to at the initial stage of the conflict "to suppress enemy radars, communications equipment, computers and other electronics." The arsenal of electromagnetic and microwave weapons in China is united under the common name "Assassin Maces", which emphasizes its ability to defeat the more technically advanced US forces.

We are in Yandex Zen
A weapon using electromagnetic pulse is being created in Russia
The global crisis and the “yellow threat” led to the arms race of the countries of the Asia-Pacific Region. Part of 3
2 comments
Information
Dear reader, to leave comments on the publication, you must to register.