Poroshenko's adviser: A third of the territory of Donbass will receive a special status

9 September 2014
84
Advisor to the Ukrainian President, Yuriy Lutsenko, stated that the protocol signed in Minsk does not provide for a special status for the Luhansk and Donetsk regions — only one-third of the territory of the region, which is controlled by the militia, will receive it. 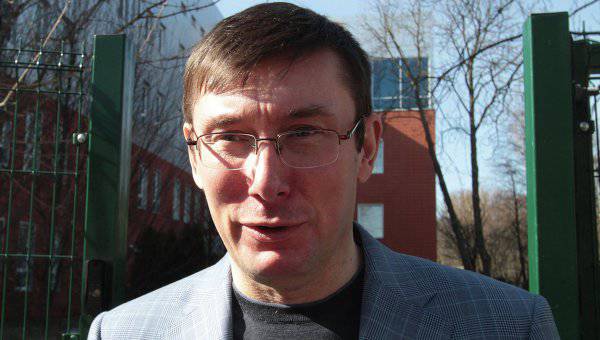 The adviser stressed that the "special zone" will be created as part of a coherent Ukraine and "temporarily out of control areas" of the Donbass are part of it.

"The frontier becomes ours, and we must isolate this special zone, take it under control, including engineering structures, and invite them to compete not only weapons - living standards, ”noted Lutsenko.

He also raised the issue of a possible aggravation of the situation in the east of Ukraine.

The protocol adopted following the negotiations of the trilateral Russia-Ukraine-OSCE contact group on resolving the crisis in Ukraine, among other things, imposes a truce and adopts a law on the special status of the Luhansk and Donetsk regions, as well as early elections. The authorities of the LC and the DPR clarified that their acceptance of this law does not mean that they have renounced independence.