The settlement of Rybachy remained in the fog ... 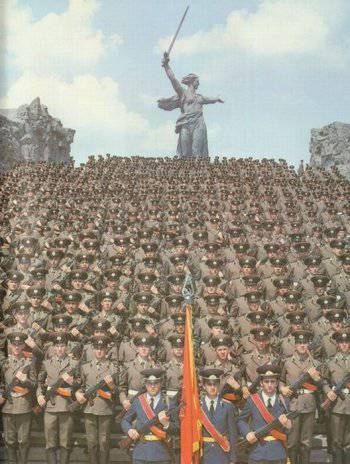 All that is described below is my personal opinion, supported by many and brought up for broad discussion in the light of the ever-deepening crisis of misunderstanding between the various categories of participants present on the VO website.

This misunderstanding, in my opinion, goes beyond all boundaries. We are talking about people who should be united on a common platform, and they are increasingly diverging from it due to various political, human, ethical differences, and for the most part a “poor quality” approach to the assessment of the information being taken out, and even more so to the estimates that do not include the so-called "urapatrioticheskoy" component.

It would seem that this platform (“VO”), which unites people who are more associated with the army, military service, defense of the Motherland, with an understanding of this defense, not only in words but in deeds, remained far in the fog, like a village Fisherman, and even further. This fog has closed access to many people who have been here for years, had their own communication style, their opinions, who also had theoretical and practical experience.

It would seem that this site was supposed to be the base for those who came recently. But, sadly, it became the basis of the frantic “Urapatriot” movement.

And against this background, the question arises: where?

People of different ages, points of view, political affiliation, different views and "vdlyadikov", levels of opinion and levels of "poking a finger at the sky"! I would like to know from you a personal opinion on how, in your opinion, the situation on the Military Review website is now? How do you think the articles laid out are interesting for expanding the horizons and visions of the situation in the world, in the country as a whole? How far does the completeness of the comments on these articles and opinions correspond to the quality of these comments? How do you personally assess your comments, their meaning for other members of the forum and for those who read the site from the side? Do you think there are any more sites that are similar in information content to “VO” and does the quality, moral and ethical component of comments on the site correspond to other sites with similar capacity?

In your opinion, has the situation with informational occupancy on the site changed due to events in Ukraine? Does the quality of the posted opinions correspond to this information content? News and comments to them at the level of the VO site?

Do you think it is necessary to add a separate column for the opinions of members of the forum who post their articles and separate it separately from the column “Opinions”, where third-party opinions of other people are taken from third-party sites, on behalf of the editorial board or on behalf of a forumchan?

And finally, the last question: what do you think, why did you come to the "VO"?

I have the honor!