"Silent Backwater" of Europe at the sight of terrorists 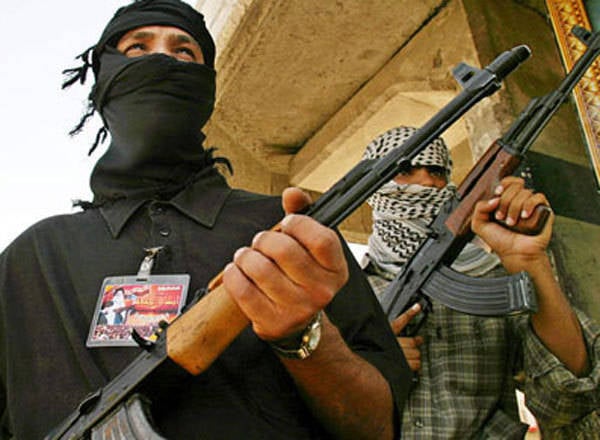 The watershed in the assessment of global public opinion of large-scale terrorist acts was the explosion of the twin towers in New York on September 11 on September 2001. No matter how hard the US administration and the propaganda machine subordinate to it, as well as the “global media” and simply misguided authors to prove that this was the work of al-Qaeda, the whole chain of events followed pointed to a large-scale and well-developed plan of influential backstage groups ( most likely of American, British and Israeli) intending to turn the movement stories in the direction they need. And the wheel of history was turned - wars were unleashed in Afghanistan and Iraq. The dual purpose of these wars was to obtain military superprofits and to change the geopolitics of the Near and Middle East.

The shaft of the exposing materials about the deceit of the official version that followed the 9 / 11 attack did not give anything. Despite the mass of publications, books, films and testimonies, it continues to be the main version. Because behind it are the powers that be.

Before judging the tragedy in Oslo, you need to understand well: terrorists never go alone. They always act as executors of the idea of ​​big, often shadow politicians, and they are not pursuing the goals that they proclaim ...

By the way, Russian researchers have long fought over the enigma of the provocateur Azef, who, being the leader of the left-wing Socialist Revolutionary organization and in touch with the security department, had the opportunity to organize the murders of the highest representatives of royal power. Including ministers, governors and even members of the ruling family. Soviet researchers were not given a question, why did the gendarme curators allow Azef to do this and did not report this to the king? Only in recent years, when the archives of the KGB opened, did it become possible to see the Masonic hand in Russian terror. And then only a little bit. For example, today it is documented that the closest employee of Yevno Azef - Boris Savinkov was a member of the Russian Masonic Lodge “Astraea” and was a high degree Freemason. And this box was closely connected with the “Great East of France” and from there she received instructions about work. And the main thing is that high-ranking Russian gendarmes allowed terrorists to freely follow these instructions. That is, they are involved in terror.

As a result, Russian terrorists in the first 15 years of the twentieth century destroyed 20 thousands of high-ranking civil servants who were able to lead our country to the forefront in the world. In whose interests this was done - now it is clear.

Therefore, it should be excluded from the very beginning that there were single-handed radicals or Muslim avengers acting in Oslo for the NATO aggression in Libya. Even if the performers are presented in this way, it must be understood that they were sent there (or, at least, allowed them to do it), the force interested in the fact that Europe’s hatred of “international terrorism” did not subside.

Yesterday, Norway, the “quiet backwater” of Europe, could indulge in illusions, believing that sound social policies, well-established market mechanisms and a calm foreign policy provide it with a certain independence in the Western world.

And although the Norwegians sent a couple of fighters to the sky of Libya and a small contingent to Afghanistan, they never differed in the aggressiveness in defending globalizing values ​​that the French or Italians demonstrate.

It can be seen, someone decided that it was not suitable for someone from Europeans to sit on the sidelines when the fate of the world was being decided. This “quiet backwater” should be stirred up.

Today, there is growing evidence that European extremist terrorists like the Red Brigades (Rote Brigaden) or the Red Army Faction (Rote Armee Fraktion) were agents of the same Western Masonic circles, intent on scaring European youth with left-wing ideas. Studies are emerging confirming that only insane single terrorists could be independent. Any underground organization has always been on the content of the interested forces and was managed most often through the agents of the special services. The “Red Brigades” began to run amok in the 60s, precisely during the period of student unrest in Europe, known as the “student revolution”. And the “Red Brigades” have compromised the student movement in full.

The investigation of the terrorist act in Norway promises to give dizzyingly interesting stories ...

If the investigation is inclined to the version that Anders Breivik was a lone terrorist, it will not be easy for him to explain how he got such a quantity of explosives. In Norway, dynamite is not sold in hunting stores. And according to first estimates, it was blown up from 50 to 100 kg in TNT equivalent. Office of the Prime Minister destroyed to the ground, and this is not every professional from the first time possible.

It is very important who and how will lead the consequence now, how much it will be public. If Breivik begins to cooperate with the investigation, and then suddenly passes away in a cell, then another mystery will appear that time will bury. If, from the very beginning, it becomes clear that Anders Breivik is not a loner, but belongs to some right-wing extremist structure, then we can confidently assume the existence of a large-scale plan. Another thing is that in this case it will not be limited to explosions in Norway. Either new crimes will follow, or political consequences will arise which are not worth guessing about.

We are in Yandex Zen
Antique Chinese Shaft
Interview of President Bashar Al-Assad to the Sunday Times newspaper
1 comment
Information
Dear reader, to leave comments on the publication, you must to register.