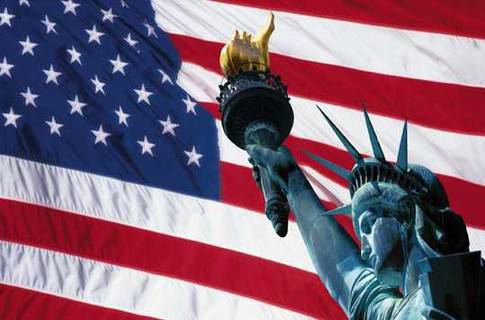 The fact that responsibility for numerous wars and conflicts in the territory of the former Yugoslavia lies with the United States, began to reach out to representatives of European countries. So 18 July simultaneously sounded two accusations against the United States and the North Atlantic Alliance for the slaughter in the Balkan Peninsula. They were voiced by the former commander of the UNPROFOR peacekeeping force (United Nations Protection Force - UNPROFOR; United Nations Protection Force) in Bosnia and Herzegovina, British General Michael Rose, and former Vice President of Republika Srpska (RS), part of BiH, Croat Emil Vlayki (he represented in the republic the interests of the Croats).

General Michael Rose, in fact, directly blamed the States and NATO for the Srebrenica massacre. According to the official version, after the Bosnian Serbs seized the Srebrenica enclave (declared by the UN Security Zone in 1993) 11 on July 1995, the Serbs killed 7-8 thousand Muslim Bosnians. According to the general, this happened thanks to the systematic undermining of the UN peacekeeping efforts, by the Americans and the NATO bloc, during the war in Bosnia in 1992 – 1995.

Thus, Michael Rose responded to the next batch of criticism for the inaction of the UN peacekeeping forces during the Bosnian war. According to the British general, “after the deployment of the United Nations forces in BiH, which had a mainly humanitarian role, NATO led by the United States systematically undermined the UN peacekeeping efforts, violating the supply embargo weapons in Yugoslavia, at the same time arming and training (Bosnian) Muslims ”. And this, according to the British, gave confidence to the Muslim side that they will be able to resolve the issue with the Serbs by force, since the United States and NATO are on their side. This ultimately undermined “the credibility of the UN mission in the eyes of the warring parties,” which clearly did not contribute to the success of its peacekeeping efforts. In addition, “NATO and the United States were unable to influence events on the ground from the air. This led to the actual disintegration of the UN mission in 1995, which prompted General Ratko Mladic to attack Srebrenica. ”

Michael Rose believes that if NATO troops were brought into Bosnia and Herzegovina in 1992, as BiH President Aliya Izetbegovic requested, in order to isolate the conflict within the framework of Croatia, the Bosnian War and, accordingly, the Srebrenica massacre could have been avoided. And the peacekeeping forces could not stop the war, because they did not have the appropriate mandate, training, to conduct military operations. NATO forces limited themselves to air strikes, and their nature was clearly directed against the Serbs.

Former Vice-President of the RS, Emil Vlayki, demanded an apology from the United States for the events in the Balkans. In his opinion, it was Washington that convinced the Muslim leader of Bosnia and Herzegovina and the President of the Republic of Bosnia and Herzegovina in 1990 — 1996, Alia Izetbegovic, to refuse to comply with the terms of the Lisbon Treaty of the Year 1992, which guaranteed peace in Bosnia. This led to the outbreak of a bloody war that “brought us back to the pre-civil society of mutual hatred and feudalism.” It was the United States supported the Muslims, in order to slow down the unification of Europe. In addition, Washington should apologize for the fact that the Americans violated the UN embargo on the importation of weapons into Bosnia and Herzegovina during the Bosnian war. The US was armed mainly by the Muslim army of BiH and partly by the Croats - by the Croatian Defense Council. The United States did not prevent the penetration of the Mujahideen from the outside, weapons from the Middle East.

According to Emil Vlyka, the main goal of the United States was to push two civilizations - Christian and Islamic, embodying the idea of ​​its well-known political scientist Samuel Huntington, while the territory of BiH became the main zone of this conflict at that time.

In the future, the United States successfully continued this strategy - already in Kosovo. They played along again with Muslims - Kosovo Albanians. As a result, a frank criminal, an enclave of Muslim radicalism was created, which can be used to destabilize the situation in Europe. And the current Big is a very artificial formation, which with a little effort can be blown up again, since the Croats are already expressing their dissatisfaction with the current situation.

Summing up, it can be noted that nowadays much that was previously secretly hidden for most people, becomes apparent. So, and on the Balkan problem, it becomes clear that the destruction of Yugoslavia was planned long before the events of 1990-1999. An international conference was held in 2009, which was dedicated to the tenth anniversary of the start of the NATO war against Yugoslavia. It presented the report of French General Pierre Galaw, who said that the leading NATO countries had been working on plans for the destruction of Yugoslavia as early as the 80s. In parallel, according to Michel Chasudovsky from Canada, international financiers, including those from the World Bank, also planned the elimination of Yugoslavia. To her, the socialist system did not fit into the “new world order”, which carried a threat to Europe and the entire Western system as a whole.

We are in Yandex Zen
Day of the Republic of Serbian Army. A memorable date for the Bosnian Serbs
History of the Air Force and Air Defense of Yugoslavia. Part of 9. Wars in the ruins. Bosnia and Herzegovina. Part of 1
4 comments
Information
Dear reader, to leave comments on the publication, you must to register.