Russia faces war on the Central Asian and Caucasian fronts 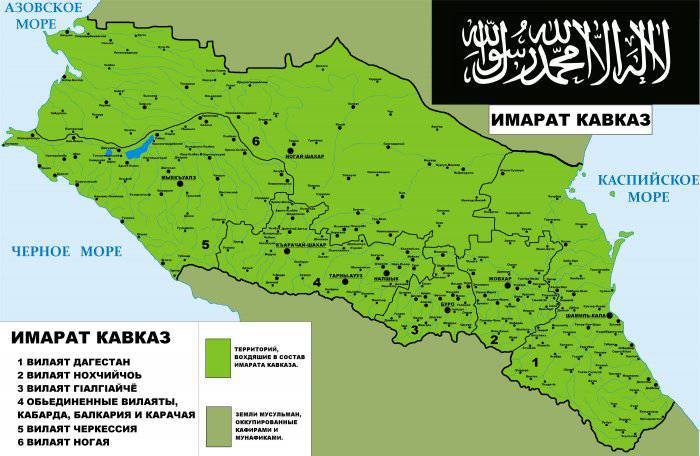 News from the North Caucasus confirm the fact that there continues an undeclared war. So, recently, at the end of June 2011, the Minister of the Interior of the Russian Federation, Rashid Nurgaliyev, announced that an 7-thousandth separate group would be created in Dagestan to fight the gangster underground. And reports of killings, including on the basis of religious and national hatred, have long become commonplace.


Russian President D. Medvedev drew attention to this situation during his trip to Nalchik. The article is devoted to what the main reasons for the growth of the so-called. Muslim extremism, to which its success in a number of regions of the Russian Federation, in the countries of Central Asia can lead and what can be opposed to this phenomenon.

The origins and methods of "Islamic" extremism, the reason for the support of its population

Radical Islamists operate by two main methods: 1) active propaganda of their ideas, recruitment of young people, training in various educational institutions abroad. Some of the recruits then continue missionary work without elements of violence, the other part can join as active militant groups; 2) terrorism as a method of achieving political goals through the use of violence against obviously stronger enemies. In this case, the death of the civilian population is often welcomed - they are after all “infidels”, or traitors cooperating with the invaders. Terror is very attractive for individual extremist groups, and not only Islamist, as a way of confrontation with entire states - an IRA against London or ETA against the Spanish government. In addition, this method of fighting is rather cheap and effective, giving a huge public response - explosives are needed, and people with “brainwashed”, ready to become suicide bombers, are enough. Thus, in 1983 in Lebanon, the Shiite insurgency was able to successfully send two trucks loaded with explosives with suicide drivers to the barracks of American marines and the French expeditionary corps in the city of Beirut. As a result, 241 American and 58 of the French were killed; immediately after this “signal”, foreign troops left Lebanese territory.

The essence of ideology is a return to the “true Islam” of the times of the Prophet Mohammed and the first caliphs, the time of the successful military and religious expansion of the Arabs. All Arab, Muslim countries should establish the dictatorship of Islam (Islamic law, Sharia), eliminating secular regimes, destroying traces of Western influence on the Islamic world. Create a single Muslim caliphate, and then extend its influence throughout the world. This is a variant of a kind of globalization in a Muslim way, albeit a very “raw” harvesting.

The main reason for the popularity is the idea of ​​Social Justice. The Islamic world, which for a long time was in a state of hibernation, stagnation, was subjected to the destructive influence of Western culture, after which it responded with aggression. Muslims see that the elite in many countries of the Islamic world is mired in hedonism, it does not care about the needs of ordinary people. The previous attempts to modernize the countries of the Islamic world have collapsed: from trying to replicate the West - Tunisia, Turkey (the Turkish authorities are still holding on, but drifting increasingly towards the Islamization of the state), to socialist models - Iraq, Egypt, Algeria, Syria. And, of course, the idea of ​​a “return to basics” is very popular and as the situation worsens, it will only recruit new supporters.

Related problems also help: the demographic problem (the bulk of the population of almost all countries are young, more prone to radical ideas), the problem of water and agricultural land, low levels of education and medicine, increased pressure from the West, which actually launched a “crusade” against the Islamic world by striking one or another Muslim country.

The slogans of building a unified, just, conflict-free, ideal (the kingdom of God) society, naturally find many adherents (including regions of the Russian Federation), many of whom sincerely believe in it. Religious groups reject cronyism and existing power structures.

The monarchies of the Arabian Peninsula are sponsors of various groups. It would seem that they should be violent enemies of radical Islam, because help the Anglo-Saxons maintain their system. But in this way, the ruling clans only intensify social tensions in their countries, spilling the energy of the masses. So, only Saudi Arabia in 1960 – 2000-ies allocated for the spread of Islam around the world to 80 billion dollars. Most of the investment went to the creation of Islamic infrastructure, primarily in European countries, and to the propaganda of Islam. As a result, Muslim communities were able to gain a foothold in Western Europe and the United States, becoming a prominent part of society.

A major role in the creation of the Islamist underground, which made the shock detachment against the Soviet Union, played the special services of Pakistan, the United States and Britain. And do not think that after the fall of the Red Empire, they lost their networks. For the Anglo-Saxons, Muslim extremists are great weapon, which can be blamed on their sins, or their hands to carry out important operations. So, there is almost no doubt that the organization of the terrorist attack on 11 in September of 2001 was backed by American special services (possibly Israeli). In addition, together with the radical Islamists, the Anglo-Saxons are trying to overthrow the regimes of Gaddafi and Assad.

The threat of Central Asia and the Russian Federation

Russia and the states of Central Asia have a full bouquet of all social diseases that are inherent in sick states. Therefore, radical Islam has a massive social base in them.

The two main "centers of infection" are Afghanistan and the North Caucasus, although metastases can be found almost everywhere. After the invasion of Afghanistan by the armed forces of the Western world in 2001, the main energy, forces and resources of local extremists are aimed at fighting them, with the Kabul pro-American regime, with the authorities of Pakistan. And the authorities of the Central Asian republics received a short respite. Now the Americans want to ensure the withdrawal of most of their troops from Afghanistan by 2014 by reaching an agreement with the Taliban. In addition, the US is creating new bases, including in Tajikistan. According to Washington, this will allow the United States to save face and avoid "Vietnamese" humiliation in front of the whole world.

The withdrawal of the United States and NATO from Afghanistan will be the biggest political victory of the Taliban. It is clear that the energy of radical Islam will be directed to the north - Iran, Pakistan have powerful armies capable of defeating them and covering their borders. The regimes of the Central Asian republics are weak, there is their own Islamist underground. Resist only Kazakhstan can, and then with the support of Russia. Another problem is the masses of refugees who will rush into Kazakhstan and the Russian Federation if the Taliban inflame distemper. Russia already has on its territory several million migrants from the countries of Central Asia, so it is clear that if a fire breaks out in Central Asia, the situation on the Russian territory will also worsen.

A difficult situation has developed in the North Caucasus, there is an “Emirate of the Caucasus” operating there, which plans to create an Islamic state from the Black Sea to the Caspian Sea. Radical trends can be noted in Tatarstan, Bashkortostan, where radical Islam is combined with cave nationalism. But in the North Caucasus, the situation is more complicated - the consolidation of opponents of Russian statehood is proceeding on a religious basis. As a result, in the ranks of the Islamists there are representatives of different nationalities, even Ossetians, who were traditionally Christians, convert to Islam. But especially the supranational essence of Wahhabism proved successful in such multinational republics as Dagestan, Kabardino-Balkaria and Karachay-Cherkessia.

Moreover, at present this ideology is coming - the present Moscow can oppose it only with financing of local elites and power methods. This is clearly not enough - the Russian Federation needs an Idea that will affect the hearts and souls of the majority of Russian citizens. And this process is very dangerous, if the disease is not cured, it can lead to a new Caucasian war.

The situation is aggravated by the fact that Moscow actually finances the Islamist underground itself. Part of the investments that come from the federal center, to the development of the region, is being stolen because of the corruption of the local bureaucracy and the business connected with it. In this case, a system of so-called. "Islamic tax" on security (racketeering), officials and businessmen prefer to share, rather than risk business and life. Thus, the bandit underground has a strong financial base and an almost unlimited social base, mainly of young people.

Summing up, we can say that the Russian Federation is threatened by two southern fronts - Central Asian and Caucasian; they are already bringing a lot of trouble now, but these are only “flowers”.

We are in Yandex Zen
What you didn't want to know about England
Tatarstan authorities will restore order in the republic - Sharia
89 comments
Information
Dear reader, to leave comments on the publication, you must to register.