For the first time in Russia, the UIC will conduct joint flights of UAVs and manned aircraft at Gidroaviasalon-2014. 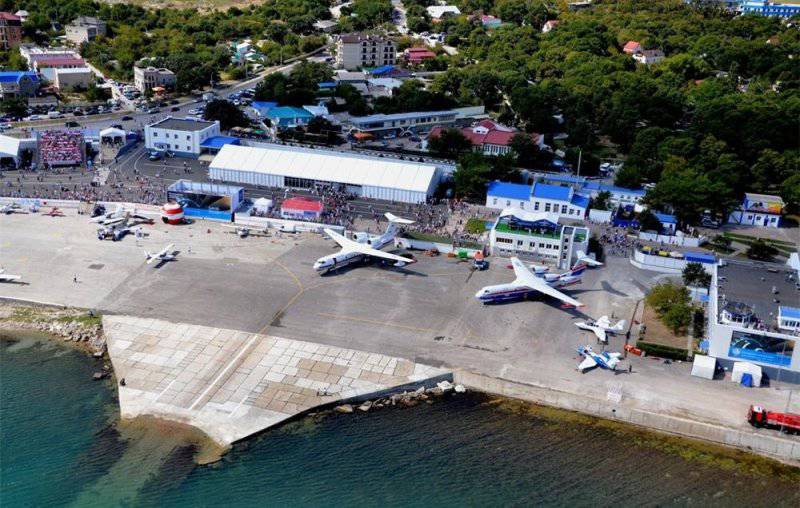 The Moscow Radio Engineering Research Institute (part of the United Instrument-Making Corporation of the Rostec State Corporation) has prepared a unique program for Gidroaviasalon in Gelendzhik: joint flights of a manned Yak-52 aircraft and two remotely piloted Bumblebees. The flight will be carried out by a private piloting group of the International Scientific and Technological Institute headed by Yury Nevzorov, General Director of the company.

“The uniqueness of such a demonstration flight consists in uniting the Yak-52 aircraft, controlled by a pilot, and remotely piloted vehicles“ Bumblebee ”, created on the basis of a glider of a manned sports aircraft NG-4 and controlled from a ground command center. This group flight will be shown for the first time in Russia, says Alexander Yakunin, General Director of United Instrument Engineering Corporation. - Piloting in the group itself is difficult, here you will control the flight of the Bumblebees from the ground, and the coordination of the actions of the whole group falls on the pilot Yak-52. This unusual group flight is designed to demonstrate the possibility and safety of joint piloting of multi-speed aircraft with different control principles. ”

To maximize flight safety, the NG-4 will be equipped with so-called “safety pilots”, with control priority. The aeronautical group INRTI plans to fly every exhibition day, from 4 to 7 September. However, the demonstration program may be changed depending on the weather, technical reasons or the requirements of the cabin organizers.

“If the weather conditions allow, our aerobatic team will perform several difficult and high-flying aerobatic figures at extremely low altitudes,” says Yury Nevzorov, general director of IRIRTI. “We also plan to conduct online broadcasting of flights on large demonstration screens using video cameras located on the sides of aircraft . Radio systems that provide broadcasting, developed by enterprises of the concern "Vega". The difficulty of this task lies in the fact that the data transfer should be carried out not from a stationary object, but from a board continuously moving in three spatial planes during the execution of pilotage figures. ”

The optional manned complex “Bumblebee”, developed on the initiative of JSC “MNIRTI” together with the concern “Vega”, is a flying laboratory for flight and flight design tests of complexes with unmanned aerial vehicles. The Bumblebee complex can be controlled in two modes: directly by the pilot and remotely by the operator from the ground control station in the mode of visual piloting using information from onboard video cameras. "Bumblebee" was created on the basis of a glider manned sports aircraft NG-4. Its length is 6,45 meters, its wingspan is 8,13 meters. The maximum take-off weight of the Bumblebee reaches half a ton, the payload mass (various equipment on board the aircraft) is up to 210 kg.

The Bumblebee can also be used for group control of unmanned aerial vehicles while monitoring areas and objects from the air. It provides data transmission of radio and video monitoring to remote control points in real time. The range of the complex in optimal conditions is more than one thousand km thanks to satellite communication channel.

In addition to the Bumblebee complex, United Instrument-Making Corporation will present at the Gidroaviasalon-2014 a model of the unique Teal multi-purpose unmanned aerial vehicle from an air cushion chassis, also developed at MNIRTI.

In addition, the corporation will show a unified software and hardware complex for controlling, receiving, processing and delivering information for mobile systems with unmanned aerial vehicles, developed in the St. Petersburg branch of the Vega concern based on the KAMAZ vehicle. It serves to transport UAV complexes and transfer various types of information from UAVs to an unlimited distance and for an unlimited number of users. The complex provides automated processing of the received information, support for satellite communications and broadband channels of video streaming (WiMAX and WiFi).

OJSC United Instrument-Making Corporation - Russian State Corporation, established in 2014 year as part of Rostec State Corporation in order to organize high-tech production of competitive products in the field of communication systems and tools, automated control systems, electronic warfare and robotic systems for the Armed Forces of the Russian Federation and other special forces, as well as competitive civilian products and dual use. The structure of the corporation includes the radio engineering concern “Vega”, the concern “Constellation”, the integrated structure “Management Systems” and the Central Research Institute for Economics, Informatics and Control Systems. The corporation unites 55 enterprises and scientific organizations of the radio-electronic industry of Russia with the total number of 39,5 operating thousands of people.