The paper passport will be replaced by plastic

3 September 2014
74
The Federal Migration Service has published a description of a plastic card (electronic identity card), which in the near future could replace a Russian multi-page paper passport, reports RIA News. 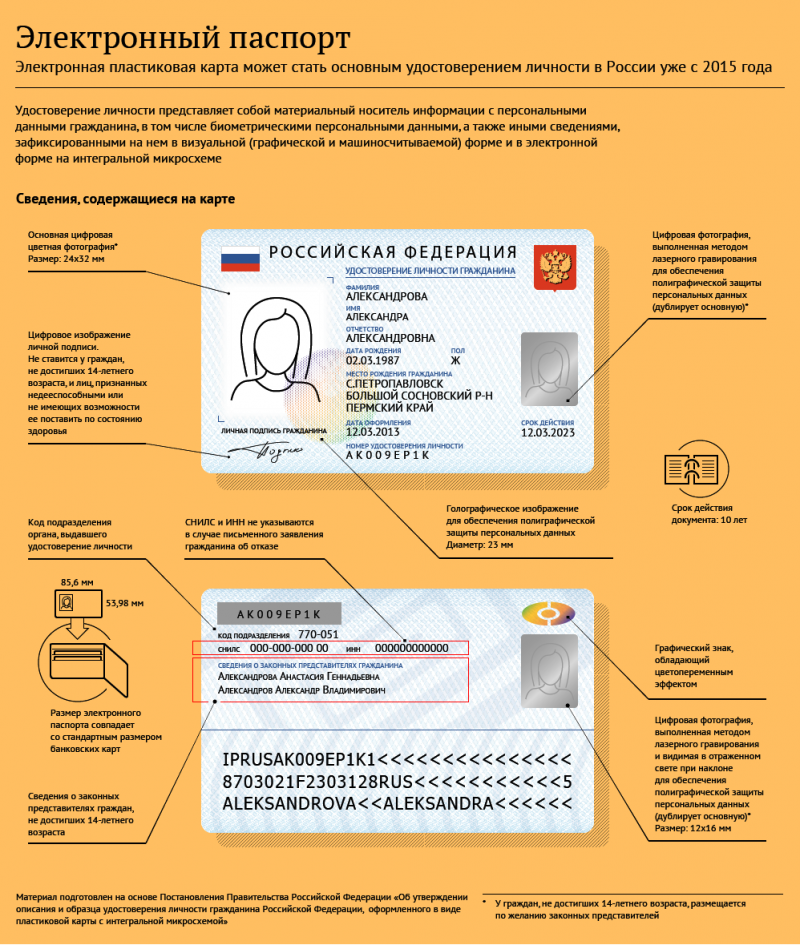 A plastic passport can become the main identity card from January 1 2015.

"Identity card is a tangible information carrier with personal data of a citizen, including biometric personal data, as well as other information recorded on it in a visual (graphic and machine readable) form and in electronic form on an integrated microcircuit and has a size of 53,98X85,6 millimeters", - says the description of the document.

Its production is planned to be carried out according to a single sample for the entire territory of the Russian Federation. All data on it will be given in Russian. The certificate will be provided with means of protection against unauthorized changes and forgery from both the front and the reverse side.