Ukraine is one of the largest arms exporting countries 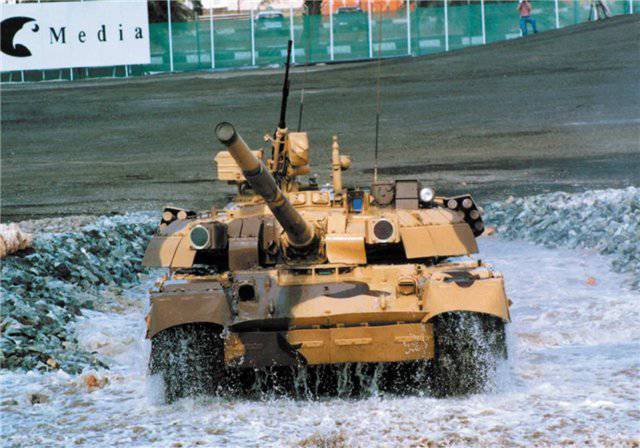 According to the data released by the State Export Control Service on the volumes of Ukrainian exports of certain categories of conventional weapons in 2010, the export and import portfolio of state-owned Ukrspetsexport companies and the provision of military and special services reached $ 956,7 million compared to $ 799,5 million in 2009 year. As previously reported, Ukraine, due to the large volume of arms exports, turned out to be on the 69 place in the ranking of peace-loving states of the world. This rating is also formed on the unofficial information, according to which modern Ukraine is the most significant illegal arms dealer in the world.

From the published official data, it follows that the main buyers of Ukrainian weapons are the countries of Africa, among which the Democratic Republic of the Congo (DRC) and Sudan are the leaders in terms of procurement. A total of 250 armored vehicles were delivered to Africa and tanks. Of these, 30 T-55 tanks and 100 T-72 tanks were acquired by the DRC, and Sudan purchased 55 T-55 tanks and 60 T-72M tanks. 12 artillery mounts of 122-mm self-propelled guns 2S1 Gvozdika, BM-21 Grad and 152-mm self-propelled guns 2C3 Akatsiya, 3 82-mm mortars and 36 D-30 howitzers were also delivered to the DRC. In addition, the DRC in 2010 bought 3 thousand rifles in Ukraine, 10 thousand Kalashnikovs, 100 heavy and 500 light machine guns, as well as 1780 various types of grenade launchers.

In addition, 26 pieces of 82-mm mortars were purchased by Kenya, about 2,5 thousands of heavy and light automatic weapons were also sent there. Uganda, insignificant in comparison with its neighbors, received approximately 40 thousands of machine guns and hundreds of heavy grenade launchers and heavy machine guns, which coincides with the total number of personnel of the army of this state.

Former head of Ukrspetsexport GC Sergey Bondarchuk put the announced export volumes in doubt. “I do not believe the figures presented. For 2010 a year, according to my information, only an addition to the contract with Sudan was signed. Currently, contracts signed under the previous team are being fulfilled, ”said Mr. Bondarchuk. He noted that Ukrspetsexport cannot boast of expanding the geography of arms supplies: “We had opening states, but now we are not able to keep what we have”.

Nikolai Sungurovsky, head of the military programs of the Razumkov Center, agrees with Sergei Bondarchuk: “For Ukraine, the disadvantage rather than advantage is the fact that most of the arms and equipment exports go to African countries. This is a market for non-technological production. As a rule, such customers buy products of another Soviet example. ”

At the same time, it should be noted that it was precisely the states of Africa, as well as South America, that increased the expenditures on the purchase of weapons in 2010 most significantly. According to the information provided by the Stockholm Peace Research Institute (SIPRI), compared to 2009 in the year 2010, African states increased their purchases of weapons by 5,2% and South American states by 5,8%.

According to the State Export Control Service, the United States of America and European countries are really lagging behind the African states in acquiring Ukrainian heavy weapons. In particular, the USA needed only one T-80BV tank of the 1985 design with dynamic protection of the Kontakt system, 9K112-1 Cobra guided missile complex, which can shoot down helicopters, and 4 of the Grad unit. Minor parties, experts say, are needed in order to master the characteristics of weapons that can be used by states conducting military campaigns.

The increase in the volume of arms exports following the year 2010 to $ 956,7 million does not allow Ukraine in the foreseeable future to expect a return to the top ten arms dealers. According to the SIPRI report published in March, Ukraine was in 12-th place in terms of export volumes.

Meanwhile, experts argue that the SIPRI rating does not fully reflect the real situation on the arms trade market, since in its analysis there is no data on the trade in certain types of weapons. “Stockholm assesses the movement of military capabilities, but not exports. For example, they do not contain data on small arms and components, and this is quite a significant amount of our market, ”explains Nikolai Sungurovsky.

It should be noted that, according to the State Export Control Service, the most significant buyers of small arms, in addition to Uganda, are the United States and Germany, which purchased, respectively, 95,4 thousand and 32,97 thousand rifles and carbines in Ukraine. In addition, they bought thousands of 4 and thousands of 11,63 revolvers and pistols.

It was the presence of small arms, most of which went to Ukraine from the USSR, which gave grounds to A. Kinakh, adviser to the president of the country, member of the parliamentary committee on national security and defense, to state that "Ukraine is still among the ten largest arms exporting states." “This is due to the fact that we still have significant stocks of armaments manufactured during Soviet times, which are still being recognized in some states,” Mr. Kinakh said.
Ctrl Enter

We are in Yandex Zen
SIPRI studied the arms market in 2009-2013
Technological Iron Curtain for Russia
8 comments
Information
Dear reader, to leave comments on the publication, you must to register.