Russia and the United States of America. Comparison 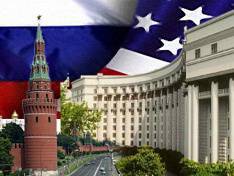 What are the similarities and differences between these two countries? For a long time it was believed that the USA is something great, monumental and ideal for human life. Therefore, everyone (or almost everyone) sought to obtain a residence permit in this country. Russia, in turn, was portrayed as a problem country, which for many years lags behind in development and, moreover, is gradually degrading.


However, these characteristics and ratings are already outdated. The first serious signal of problems that appeared in the United States of America was the beginning of the global financial crisis. In addition, to this was added the folding of the space program - the gradual reduction of flights of shuttles. This put Russia on the front line in the conquest of space. Another problem turned the war in Libya, which became a failure for the United States. And, everything else, there was a threat of default of the country's economy, which was considered the owner of the most powerful economic system in the world.

All these adverse events, as well as the wars in Iraq and Afghanistan have created a not very positive image for America. Of course, it is becoming increasingly difficult for this country to act "alone", to be for the whole world a model of a political and economic model of development.

More recently, when comparing Russia and the United States, many would exclaim: “There is nothing to compare! Russia, they say, is lagging behind by all indicators! ”But today people don’t think so. After all, logically speaking, if a country is in danger of financial collapse, then how can you call its economy strong? If in this country financial pyramids have become a source of enormous economic difficulties in the whole world, how can this model claim to be the potential model of development? Not. It is clear that the priorities here have long been the greed of phenomenal proportions and the pursuit of easy profits.

The United States of America is under the pressure of serious not only economic and financial, but also ideological difficulties. The country is asking a serious question: what to do in this situation? This rhetorical question is mostly familiar to Russia. Speaking of our country, now there are active debates about its further development. However, Russia, unlike America, does not suffer from such a financial crisis and has enormous opportunities for economic growth. Russia, by definition, does not need to be afraid of unemployment, because large areas of land need treatment, large areas require the constant development of their infrastructure. What is only Siberia worth - here it is necessary to exert so much force and engage so much labor, which Russia simply does not have enough. Our country needs scientists to develop new technologies and improve existing ones, we also need skilled workers and engineers to create new equipment. She also needs well-trained and well-educated officers to competently lead the army and ensure the defense of the country. But Russia, unlike the United States, does not need cruel wars of conquest or foreign territories.

Prospects for development in Russia are not just great, but are unlimited. The problem is only in the creation of proper conditions for the realization of the possibilities of the population of the country and, above all, its young part. But here is a paradox. Even with its great opportunities in government and the people, it is impossible to create such organizational forms that would ensure the full realization of human capabilities.

It is surprising that the Russian youth speaks about the complexity of self-realization and low mobility of personnel, when there is an urgent need for the development of all spheres of life, the modernization of the country as a whole, the development of science, education, agriculture and others. In simple terms, the problem of Russia is this: people want to work, grow both creatively and materially, but they have serious obstacles in the way. It is irresponsibility, lawlessness, corruption and, more often, stupidity. Those who are “taller” create their own circles, original clans, and, besides “theirs,” no one is allowed there anymore. It was these leaders who concentrated political and economic power in their hands. As a result, the development of Russia stopped. And in this, our country is very similar to the United States.

It is safe to say that Russia has done truly phenomenal things. In a very short period of time, it managed to go through the stages of development of capitalism, which were to last at least a hundred years, and entered into a crisis in exactly the same form as the United States of America. But here there is a big difference. If capitalism developed in the United States throughout the 20th century and was repeatedly interrupted by crises, in young Russia such a systemic crisis was the first time. Americans to overcome it have virtually no internal reserves, so an alternative solution for them is to deploy wars and external campaigns. And in Russia, without a doubt, there are plenty of opportunities to overcome such a deep crisis of capitalism.

How can this crisis be overcome? There is a unique way. This problem cannot be overcome “from below”, because the power is removed from the people. It cannot be solved even by the most corrupt elite and corrupt communities. It can be eradicated only with the help of the resource of power that Russia, fortunately, has today. And this is really true luck, that there is such a solid power - if it had not been, everything would have been over for a long time. But, despite everything, we still have it, and this is a tremendous value. So, Russia has every chance of a rebirth.

Imagine for a moment that there is no such unshakable power. What will happen in this case? Just a disaster! Chaos, where today's difficulties the country is experiencing, would have seemed like a real paradise. So, the presence of such a strengthened power is the only real opportunity today for the development of Russia in all directions. But at the same time she must rely on the people. There must be a popular democracy of direct action. What does that require? First, the creation of national self-government bodies, which will replace today's corrupt authorities. Residents on a competitive basis will choose committees or commissions on education, development of the economy, religion and culture, housing and communal services, construction, housing, etc. And only in this case will potential candidates compete with each other, offering specific and well-formed territorial development programs . However, now councils of deputies are elected, and then they create various kinds of commissions. But the opposite is necessary - first choose one or another commission on the basis of competitive programs, and then combine them, for example, into a single large council or committee of people's self-government. Residents of a certain territory, who were elected on a competitive basis, elect a leader from among their members. The head of the united people's committee must be the head of the district, represent the people and follow the implementation of their interests. The committees, in turn, must have greater powers, as well as material resources, to implement their plans. They designate executive bodies that perform the tasks assigned by the committees.

Today, the local government creates a complete mess. People, as a rule, do not always know where the head of the administration comes from. They do not take any part in the management, they do not discuss plans for the development of the district. The detachment of the people from power is not surprising, and the voids are filled with organized crime. And the latter is given a place in local government.

During Soviet times, the people of our country were actively involved in the management process through Komsomol, party, trade union organizations or other forms. At the moment, there are no such forms of realization of people's interests. If people are given the opportunity to participate in management, then you can find hidden opportunities not only for their career, but also creative, and material growth, and, as a result, for the successful development of the country in all directions.

We are in Yandex Zen
Military reform as an integral part of the security concept of the Russian Federation: Systematic dynamic assessment
The economic situation in the United States
41 comment
Information
Dear reader, to leave comments on the publication, you must to register.