The latest technology to disperse protesters

2 September 2014
4
Mass protests, which escalated into full-fledged riots in the American town of Ferguson, became a testing ground for the latest special means to disperse protests, including long-range acoustic guns (LRAD). Mass riots in this American city broke out after a black teenager was shot dead by the police. It should be noted that in recent years, in different countries of the world, the police use the most advanced designs to disperse protesters. Previously, for this purpose, mainly noise-noise grenades, batons and water cannons were used. Now, in the police arsenal, there are mobile complexes that are able to affect an aggressively tuned crowd with sound, light, microwaves and even various smells.

Sound LRAD guns are a product of the corporation of the same name. They are able to make a directed loud sound that a person is not able to endure. Military modifications of the LRAD 2000X device are able to transmit sound in 162 dB volume over a distance of up to 8,85 km, while the devices have an angle of action of approximately 30 degrees. Today, modern acoustic guns are installed on some civil and military courts. There is even the case when, with the help of the LRAD acoustic installation in 2005, it was possible to drive away the Somali pirates surrounding the passenger cruise liner Seabourn Spirit. Sea robbers could not stand the impact of the sound of such power. But most often such installations are used to disperse crowds of demonstrators. 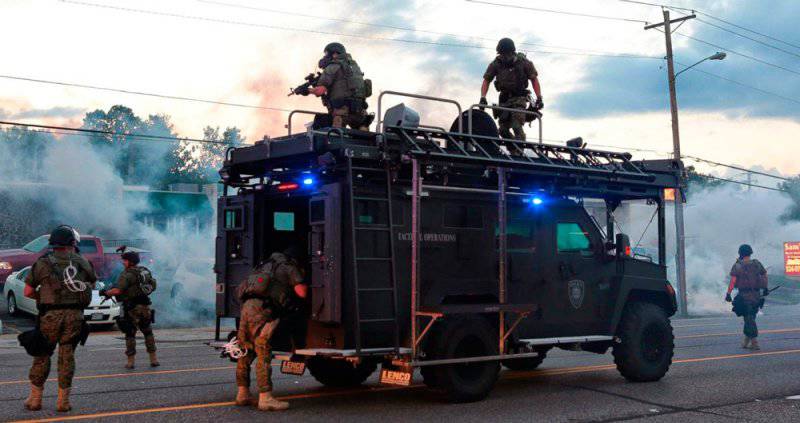 The prototype for the installation of LRAD was a series of acoustic weapons: 130 dB mobile installations that were installed on jeeps and armored personnel carriers, as well as manual ones, similar to normal megaphones of 120 dB installations. The latter can be quite easily applied in urban quarters: after just a few tens of meters, the sound power drops, and the roar reflected from dense urban development is no longer dangerous for installation operators. The power of such a sound is relative. For example, the noise from the working engines of a jet taking off is 120 dB, and the sound above 130 dB is physically difficult to handle, it can damage the human hearing aid.

At the same time, LRAD was originally created as a more powerful and long-range unit with an eye for military use. The first task was to equip the ships, and later to create also a helicopter installation with a range of several kilometers. Modern LRAD emitters are able to transmit sound information to warn groups of intruders, both independently and through the built-in microphone, and purposefully emit very powerful sound signals that have a very negative impact on human hearing. The impact of such a powerful sound stream leads to the fact that people fall out of the hands of objects, people instinctively bend, silence their ears and begin to sharply run away to the right or left, and when they exit from the affected area of ​​the device - back.

In the city of Ferguson, the American police used weakened versions of devices. So, the police used the model LRAD 500X. The range of this installation in ideal conditions does not exceed two kilometers. In the city, it is heard at a distance of about 650 meters, and the sound that leads to a severe headache begins to be felt at a distance of 300 meters. Moreover, these non-lethal installations are planned to be used for civilian and military purposes, and their use can be very practical. For example, they have already been installed in some airports, where they are used to drive birds away, which pose a threat to passengers if they hit the plane’s turbine. 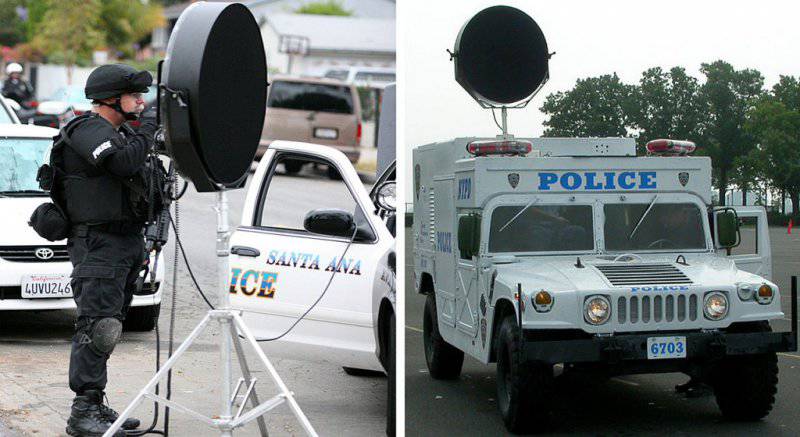 The system, designated ADS (Active Denial System), is produced by the defense company Raytheon. This non-lethal exposure unit is a directional microwave generator. The device works on the same principle as the ordinary home microwaves, instantly heating the skin of a person and causing him unbearable pain after 5 seconds after the start of the device’s exposure. During the tests, some volunteer soldiers received second-degree burns; no more serious injuries were recorded during the tests.

Tested installation and on the prisoners of American prisons. Prisoner Michael Hanlon, who agreed to take part in the experiment, compared his sensations from the effects of ADS with touching the bare wire. According to Hanlon, the pain disappeared immediately after the person left the area of ​​the device. However, he noted that the tingling of the fingers remained even several hours after the end of the test.

The idea of ​​creating a new non-lethal "humane" weapon - a microwave gun emerged in the middle of the 90-s of the last century, after the American military had to disgracely leave Somalia under the pressure of the local population. Then the main problem was that, in addition to armed militants, American soldiers were attacked by mobs of angry local residents, who were armed only with sticks and stones. They were afraid to use weapons widely against angry mobs - the United States was still listening to the opinion of the world community and was very cherishing its role as a “peacemaker”. 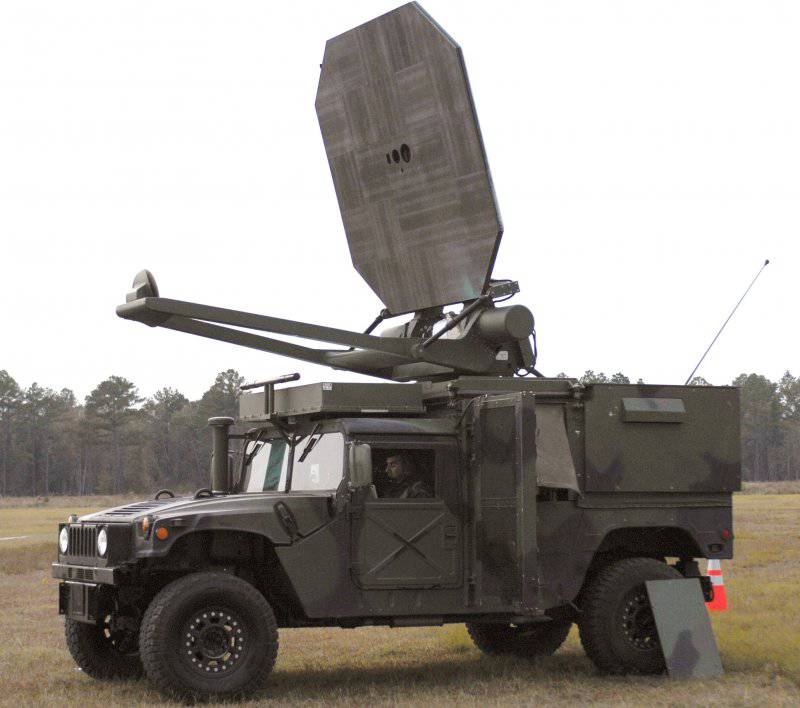 At the moment, there is no indisputable evidence that ADS installations have ever been used in the field. But in 2010, John Dorrian, the spokesman for the NATO forces commander in Afghanistan, confirmed the information that the Active Drop Systems systems were located in the given country. A month later, the installation left the territory of Afghanistan without explanation. Also, ADS installations were seen in Iraq and Somalia, but Washington has not officially confirmed this information.

If the LRAD installations helped to stun and drive away the pirates in due time, then with the help of ADS their boats could be set on fire. Also, more powerful models could neutralize a shahid bomb at a distance or stop a car with criminals. And the main difference is that the acoustic installation is practically useless in a collision with a serious enemy, while ADS can still be used not only for "peaceful", but also for completely combat purposes - to fight enemy equipment. For disabling electronic devices of the enemy, which today is replete with any sophisticated military equipment, electromagnetic fields have long been used. Even during the tests of the first nuclear bombs, the military became acquainted with the effect of the electromagnetic pulse (EMP), which later delivered a large number of problems to the creators of military equipment and facilities.

At the same time, there are some problems in the way of introducing ADS as a non-lethal weapon that can put such weapons into question. The fact is that during the testing of volunteers carefully prepared. They removed all metal objects and contact lenses, covered their eyes with special glasses. The tests were carried out under complete control. Now imagine the impact of the ADS installation on the usual crowd of demonstrators. Many of them will definitely have bracelets, chains, golden crowns, someone may have a pacemaker. At the same time, the skin of such people can get serious burns, eyes can be seriously injured, and people with failed pacemakers will simply die. 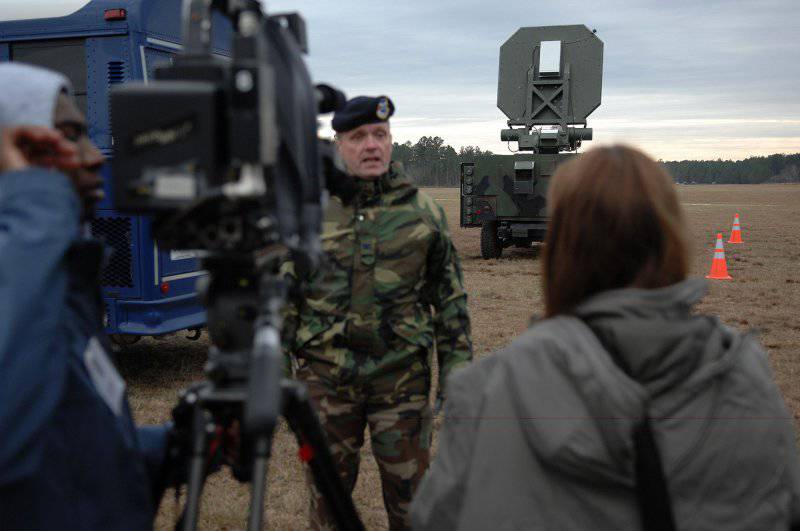 It is for this reason that some American and British scientists insist on conducting more serious tests of ADS in order to identify all the negative physical and psychological consequences of such an impact, including those that can only appear after a certain time. However, they are not in a hurry to listen to their opinion, since huge money has already been invested in the project, which can outweigh any principles of humanism.

Skunk is an Israeli development, from which everything is already clear from its name. This is a kind of analogue of the domestic "bird cherry". This tool is actively used by the Israeli army in the fight against Palestinian demonstrators. Skunk is a special blend with a very unpleasant, specific smell. Today, skunk can be equipped with special armored tank trucks with water cannons that simply spray this liquid over the heads of the crowd of protesters. The need to use new non-lethal weapons appeared after Palestinian demonstrators learned to cope with the spraying of ordinary tear gas. It is worth noting that the Palestinians gave this new Israeli weapon an even more capacious non-print name, calling it simply “crap”. 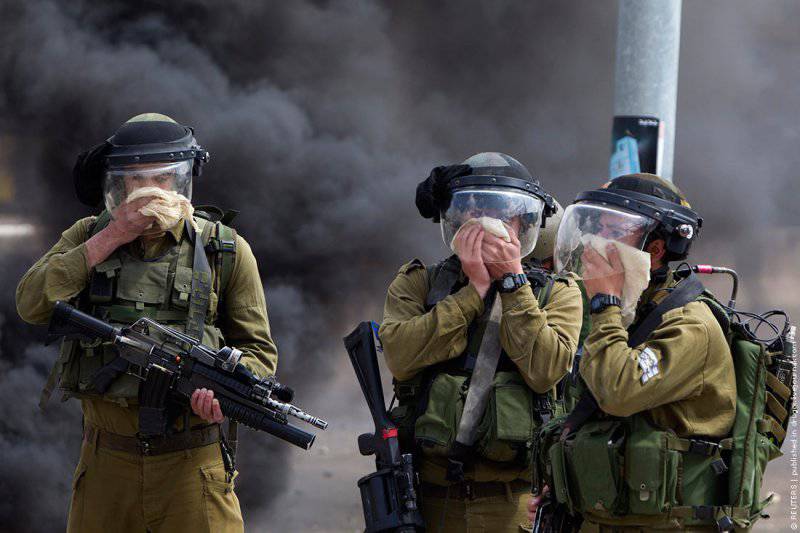 According to David bin Haroche, who occupies the post of head of the technology unit of the Israeli police, the Skunk liquid consists only of natural ingredients. According to him, you can even drink it - this is an excellent protein shake. Haroche is absolutely confident that the liquid is safe, arguing that the composition of the "Skunk" includes yeast, baking powder and flavorings. "Skunk" is quite actively used by the Israelis in dispersing protests not only of Palestinians, but also of left-wing Israeli activists. Fluid development began in the 2004 year, and it was first used in the 2008 year. It is worth noting that the Israeli police are armed with an analogue of the LRAD - the acoustic gun "Creek", capable of transmitting high-frequency sound waves.

Also as a non-lethal weapon, law enforcement officers can use laser rifles that can cause temporary blindness in people. After the riots in London and other major cities in England in August 2011, which, like Ferguson, were caused by the murder of a suspect in an attempt to arrest, the British police thought about using non-lethal laser devices that resemble ordinary rifles. The August pogroms raised the question of the effectiveness of the actions of the British law enforcement officers and pushed for the creation of samples of humane weapons that could temporarily neutralize a person without harming his health in the long run.

A weapon that meets this requirement was designed by one of the former Royal fleet Great Britain. He originally planned to use his device to fight pirates off the coast of Somalia. The device received the designation SMU 100. In appearance and size, it is very similar to an ordinary rifle, but in reality it is a laser emitter that can blind and temporarily disorient any person in the crowd. This non-lethal weapon is effective at a distance of up to 500 meters. 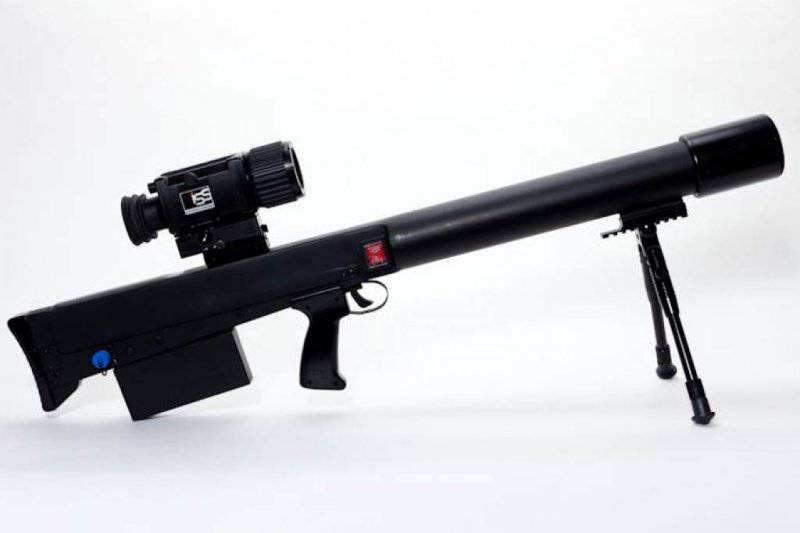 Specialists of the British law enforcement system have yet to conduct detailed studies of this device for possible long-term health problems that cause (or, on the contrary, do not cause) blindness of a person with a laser. According to the developer, such devices are safe, as evidenced by the first tests of the SMU 100. According to him, the effect of radiation from such a rifle is comparable to the gaze of the sun with the naked eye. It is rather unpleasant, but it is relatively safe if you quickly close your eyes and turn away from the radiation source. The declared value of the SMU 100 was 25 thousand pounds.