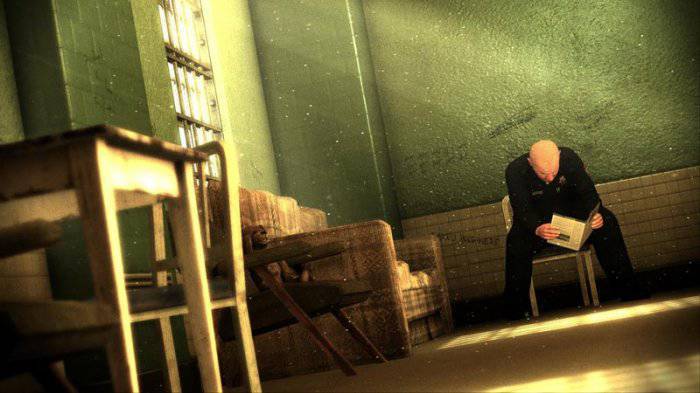 Murders, wars, conspiracies, terrorism are the indispensable companions of human stories. The following is information regarding some of the phenomena of this kind.

Was Dominique Strauss-Kahn a victim of a conspiracy? This is a well-founded idea, since it was voiced two weeks before the incident, in which the New York police became interested in the IMF director. And this thought was voiced by Strauss-Kahn himself. Claude Bartolone, a deputy from the Socialist Party, stated that Dominique Strauss-Kahn told him more on April 29: “I feel that now the Russians, and more specifically Putin, have teamed up with France, in order to expel me from the IMF before I run for the presidential election. ” It is clear that France means the ruling party here.

Conspiracies are only the continuation of politics by other means. “The history of mankind is overflowing with them,” says historian Bernard Oudin in the preface to his book, “Masks of History. From the murder of Caesar to the assassination of Hitler in 1944 year. " In addition to these conspiracies, there are also fictional ones that Uden describes in his monograph. The creation of this historian is distinguished by a high degree of insight and impartiality, and these are quite rare phenomena for this literary genre. For example, Leon Daudet (Léon Daudet), who, along with Charles Morras, was one of the most prominent journalists in the monarchist newspaper “Action française”, was convinced until the death of his son at 1942 hands of inspector colombo. Here we have in mind not the popular hero of the American television series of the last century, Columbo, played by Peter Falk, but Colombo (Colombo), who served as chief inspector of the investigative police in the 20s of the last century.

Philip fled the family for four days and eventually, on November 1923 of the year, committed suicide, on Magenta Boulevard in a taxi. He was only 14 years old, but he looked like a young man 18. In early December, an article appeared in the newspaper “leLibertaire”, which reported that shortly before his death, Philip offered his services in anarchist circles. This was a revelation to his father. After that, he suggested that his son was trapped, and then killed by his political opponents. Daudet filed a lawsuit against an unknown killer. After that, the police began searching.

A year later, Leon Daudet felt that the search could lead nowhere and that the case would be closed due to the absence of corpus delicti. However, following the logic of the conspiracy, he decided that the police had some connection with the anarchists. More precisely, the police hired anarchists as mercenaries. After that, Leon Daudet filed another lawsuit against three high-ranking police leaders and, in particular, against Inspector Colombo, whom he considered to have committed the murder ...

This case has received great publicity. The four policemen were acquitted, but they were not completely satisfied with this and accused Daude of slander. After consideration of the case in court, the journalist was found guilty and put in prison, from which he fled to Belgium, where he remained until the 1929 year. Continuing the conviction of a major conspiracy, the victim of which was not only his son, but the whole noble cause of the royalists. He was blindly believed by the readers of “Action française”, in many respects this was evidence of the decline of the Republic. As well as the real business of Stavsky, which happened several years later, in 1934.

When, as a result of a drama, a well-known or influential person suffers or receives unfounded accusations, or someone close to him, it is hard to imagine that this was an accident or a coincidence. Or when it happens, it is not a political matter, but a matter in which a lot of vagueness and riddles appear thoughts about the involvement of the government or other influential forces.

Examples of just such cases leads Uden in his monograph. At first glance, these cases have absolutely no political context, but this is only at first glance. First, this is the famous case of Jack the Ripper. The history of this case is familiar to many, in 1888, from the beginning of August until the beginning of November, in the poorest quarter of Spitalfields, which was located in the London district of East End, the bodies of five killed prostitutes were successively found. A distinctive feature was the ripped abdomens, a slit throat and amputated erogenous and sexual organs of the victims.

This series of murders stopped as quickly as it began and the perpetrator could not be detained. In public, the popular version was that the eldest prince of Wales, the grandson of Queen Victoria, Duke Clarence, was the murderer. It is worth noting that Clarence who later received the name Edward VII occupied the throne in the period from 1901 to 1910. A large number of base literary figures discussed Clarence in different ways, they accused him of sadism, homosexuality, or simply stupidity. Some of them talked about his death from syphilis in 1892. In practice, these accusations do not find any more or less significant argument capable of confirming them. The duke’s travel schedule is available during the events in the East End, which clearly indicates that he was not in London during the Ripper’s activities, and the cause of his death was not venereal disease but incurable pneumonia at that time. There is evidence that suggests that the duke could afford deviations from high moral standards, unlike his grandmother, but he did not overstep the boundaries of his father’s deeds. Before his unexpected death, he had an idyllic love relationship with the Princess of Württemberg Maria de Teck. Subsequently, in this relationship, as well as in the queue for the throne, he was replaced by his younger brother, the future George V.

US troops on the eve of Pearl Harbor

The following case is related to Laetitia Toureaux. This beautiful woman, dressed in green, had her throat cut in a Paris subway, on Sunday evening 30, May 16. This crime had no apparent motive and was actually committed in public. The public attributed him to Cagoule, an ultra-right organization that organized a series of terrorist attacks in France during the period of this incident. Evidence of this was not, by analogy with the case of Jack the Ripper, there were rumors of a mystical and political background.

Any study by Bernard Uden can be called a benchmark of the genre, the method he used would be curious to apply to cases that he did not touch or dismantled to the end.

For example, Pearl Harbor. According to the testimony of two American authors, journalist Robert Stinnet (Robert Stinnett) and Rear Admiral Robert Theobald (Robert Theobald), Franklin Roosevelt, who served as president, knew about the imminent attack of the Japanese on the naval base Pearl Harbor, but did not respond him information. According to a well-founded version, Roosevelt did not need to give this information publicity, since America adhered to the policy of isolationism and did not intervene in military conflicts in Europe and the countries of the Middle and Far East.

Ten official investigations were conducted on the Japanese attack in December on 1941. At the last year, conducted under the leadership of the Senate in 1995, access to military secret military documents was opened. The investigations were conducted very carefully and everyone talks about the absolute disorganization and unavailability of the American defense forces on the eve of the conflict. Let's try to imagine that the American president knew about the impending attack and did not take this information into account. Did he act immorally? This is a debatable question.

Simultaneously with the events of Pearl Harbor, Winston Churchill used Enigma encryption machines that could declassify the messages of Hitler's troops. Thus, he had all the data about the movements of the enemy. Perhaps in order to avoid detection of information leakage, he did not take into account the data on the attack of the Japanese.

The assassination of President John F. Kennedy, which occurred in 1963, also served as food for literary figures specializing in conspiracy theories. At the same time, official checks were carried out, which were then repeatedly rechecked. The most common version is the involvement of secret organizations of ultra-right forces. There is a hypothesis about a mafia conspiracy or counter-attack by Fidel Castro, whom Kennedy himself wanted to destroy. The most interesting are the findings of the first investigation conducted by Earl Warren (Earl Warren), the chairman of the Supreme Court. In his version of the crime was committed by Lee Harvey Oswald, a lone gunner. The psychological portrait of Oswald has converged on 90% with portraits of assassins of presidents and kings and on 100% with psychological portraits of assassins of American presidents.

A similar pattern developed after the assassination of Princess Diana in 1997, in Paris. Most of the opinions converged on the version of the intervention of the ultra-right, who had more power under the Labor government of Tony Blair and were going to prevent her marriage with a Muslim from Egypt Dodi Al-Fayed ...

Incredible conspiracy interpretations were 11 September 2001 attacks that took place almost live. According to some data, buildings in Manhattan, in the Pentagon and Washington were destroyed with the help of explosives. For others, the suicide pilots used the CIA or Mossad to aggravate the conflict with the Islamic world.
Ctrl Enter

We are in Yandex Zen
My grandfather's front-line letters (part 2)
The hunt for the Blackbird
2 comments
Information
Dear reader, to leave comments on the publication, you must to register.