There is a game of "Kurdish card." On the revitalization of the Kurdish issue 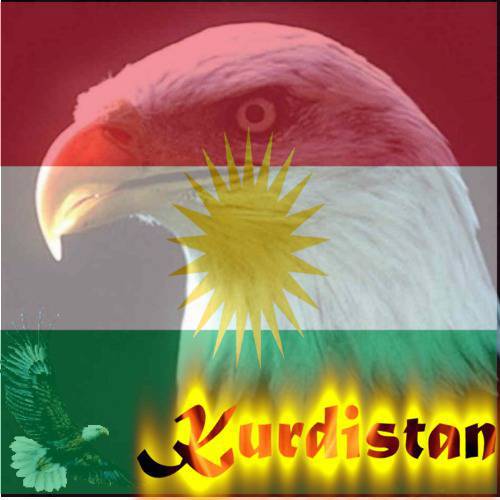 The Kurdish problem for the Middle East is one of the most painful. It can be used to blow up a huge region, which includes the territories of Iraq, Iran, Turkey, Syria. The fact that the "Kurdish card" began to be actively played out is evidenced by the fact that in recent times the Kurdistan freedom fighters have sharply increased their activity.

The Kurds are the people of the Iranian group of the Indo-European language family. Kurdish tribes inhabit territories in the middle and northern Zagros regions and in the upper reaches of the Tigris and Euphrates rivers, the so-called Kurdistan region. They do not have their own state, making up significant communities in Turkey, Iran, Iraq and Syria. In religious terms, the majority of Kurds are Sunni Muslims, some are Shiite Muslims, Alawites, Yezidis, Christians.

Currently, their number is about 30-35 million people, second only to the Turks, Arabs and Persians in the Middle East region. There are large communities of Kurds in Europe and the USA, for example in Germany. The largest community resides in Turkey - mainly in the southeast and east of the country near the Van Lake and the city of Diyarbakir. Separate Kurdish communities throughout Anatolia, large Kurdish diasporas exist in large cities in the west of the state. Their exact number is not known, as the Turkish authorities do not recognize the existence of such a nationality, according to some estimates, they can range from 20-23% to 30% of the population of Turkey, and this is 16-17 million. True, since the Turkish authorities have been assimilating other peoples (including violent ones) for centuries, a significant proportion of them speak Turkish, he became their mother tongue, which is about 6 million people. In August 1984, the Kurdistan Workers Party (27 was established on November 1978 as Marxist-Leninist with Maoist bias, with strong national ideology, its leader was Abdullah Ocalan) declared war against the official Turkish authorities, which continues to this day. For Ankara, the Kurdish problem is a severe “headache”. Before 1999, the Kurdistan Workers' Party came up with the most radical demand - the immediate proclamation of a united and independent Kurdistan, which would unite all the main Kurdish territories within the borders of four countries - Turkey, Iran, Iraq and Syria. The party has many thousands of partisan army with well-prepared bases in remote mountain areas.

The fight against the Turks has a great history - the uprisings against the Turkish authorities were in 1925, 1929, 1937, and were drowned in blood. The Turkish authorities carried out a real genocide of the Kurds, they were forbidden to speak their native language, the books were destroyed, the very concepts of "Kurdistan" and "Kurds" were forbidden, the Kurds were recorded as "mountain Turks". Part of the population was relocated from the eastern regions to the western regions for faster assimilation of the Kurds. Although at present, under pressure from the EU, because European countries demand greater regionalization and autonomy of the Kurdish people, as well as respect for their rights in accordance with the standards of European states, the Turkish authorities began to soften the regime. So, since 2009, regular TV shows in Kurdish have been allowed.

In Iran, the Kurds live in Ilam, Kermanshah, Western Azerbaijan, in several districts of Hamadan and Zanjan. There are Kurds in other parts of Iran, especially many of them in North Khorasan, where they were settled in the XVII century to protect the region from the Turkmen and the Khiva khanate. There are about 5-6 million Kurds in Iran. 5,5-6 million Kurds live in Iraq, in the districts of Kirkuk and Mosul, they inhabit the eastern and northeastern regions of the country. At the same time, part of the ethnic territory of Iraqi Kurds is included in the semi-independent education of Iraqi Kurdistan with its capital in Erbil, which was created after the fall of the regime of Saddam Hussein.

After the US invasion of Iraq, the Kurdish movement received a new breath - the Kurds were active supporters of the Americans. As a result, the broadest rights of Kurdistan were stipulated in Iraq’s new constitution, up to and including the right to secede from Iraq if Baghdad breaches its obligations. Currently, Iraqi Kurdistan is in fact semi-independent. So, 2 September 2006, Masood Barzani (since the beginning of June 2005, 1 th President of the Autonomous Region Iraqi Kurdistan) issued a decree that forbade hanging the flag of Iraq in Kurdistan, it is considered a symbol of Arab chauvinism. Therefore, if the Americans leave Iraq, the collapse of Iraq is even possible. There is also an economic base for the new state: for example, it is believed that the oil reserves of Iraqi Kurdistan are 6 in the world in size and total up to 45 billion barrels. Kurdistan’s oil accounts for up to two thirds of all produced in Iraq. And the center of all Iraqi oil production is the area of ​​Kirkuk. In addition, the area of ​​Iraqi Kurdistan is one of the main agricultural areas of the entire Middle East. It produced up to 75% of all Iraqi wheat. So, only three provinces of Iraqi Kurdistan produce up to half of Iraqi wheat, 40% barley, almost all tobacco, a third of cotton, and half of fruit. Animal husbandry is traditionally developed in Iraqi Kurdistan.

Another aspect of the Kurdish problem is the current situation in Syria, because if the Kurds join the local unrest, the region can finally plunge into chaos. Turkey will not stand aside, Ankara has already declared its readiness to intervene in the affairs of Syria, if the border is restless.

Revitalization of the insurgency

In Turkey, the largest recent battle between the Kurds and the Turkish security forces took place - a clash in the province of Diyarbakir in the south-east of the Turkish state. During the battle, two dozen Turkish law enforcement officers and 7 fighters of the Kurdish Workers Party were killed. In May of the same year, the militants attacked the convoy of Erdogan’s prime minister himself, after this daring attack, he had to strengthen his guards.

The situation in Iraq had a great influence on the Syrian, Turkish and Iranian Kurds, because the de facto created a semi-independent state of the Kurds, to which only one step remained before independence. And this territory is now a kind of “reserve”, where Kurds from Turkey and Iran can prepare their operations. The Kurds have already entered the Turkish parliament, where they can form a significant fraction in the future, given their numbers in the Turkish population. In addition, hundreds of thousands of Kurds in Syria received citizenship of this state. It is clear that they are not going to stop on this, and if the Assad regime collapses in Syria, they will get even greater freedom of hands. Independent Kurdistan is just around the corner.

A big role in this process is played by the Anglo-Saxons: they crushed the regime of Saddam Hussein, allowed the Iraqi Kurds to create their autonomy, support the desire for "independence and democracy" in Syria. Washington is actually playing the "Kurdish card" - striking at Iran, Syria, and tapping Turkey, which needs the support of the West, otherwise its fate will be deplorable. And the Kurds are taking advantage of the historical moment, realizing the age-old dream of their state. 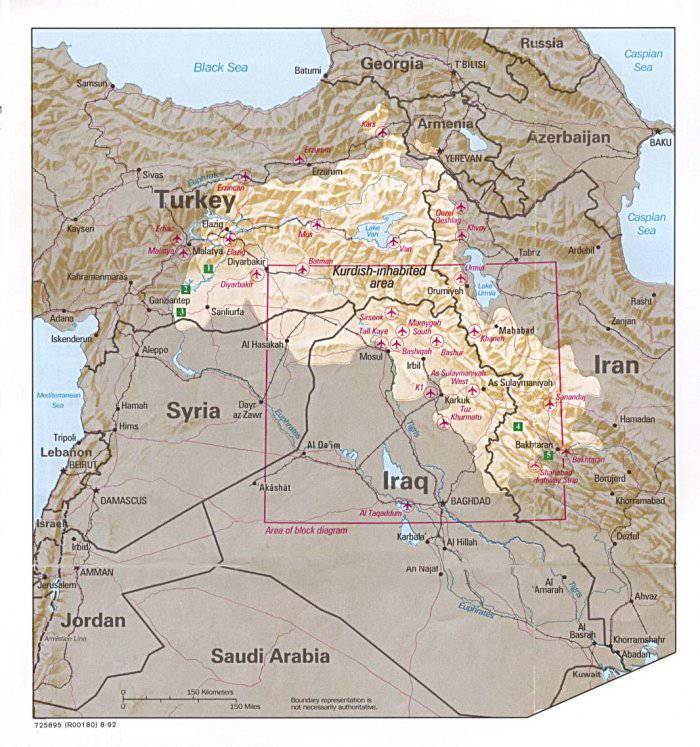 We are in Yandex Zen
Turkey against the Kurds. Is there a new phase of conflict ahead?
Syrian Kurdistan: Will there be peace and freedom?
6 comments
Information
Dear reader, to leave comments on the publication, you must to register.