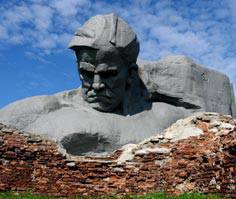 Disputes and discussions around the event that happened 69 years ago (the beginning of World War II) not only do not subside, but flare up with new force. Propaganda myths that were supposed to convince the citizens of Russia that the Stalinist USSR was no better than Hitler's Germany, that the war began for us with the shameful retreat of the Soviet army, etc. etc. came across the bitter rejection of a part of the Russian people. It turned out that the colonial version of our stories not everyone is ready to accept meekly. Even after watching Nikita Mikhalkov's “film masterpiece”.

One of these people was a famous journalist Maxim Shevchenko, who expressed his attitude towards trying to slander the feat of our fathers and grandfathers:

“22 June 1941 of the year is the most terrible and terrible day in the history of my people. This is the day on which Germany and its allies — Romania, Finland, Hungary, Slovakia, Croatia, Italy — attacked my homeland, the Soviet Union.

In the course of this attack, eighteen million civilians and eight million military personnel were killed, of whom about four and a half million were killed in concentration camps for prisoners of war.

All the talk about the fact that in 1941, the Red Army was cowardly, as Yulia Latynina says, which, apart from being a creature, after her statement to 8 in May, that the Russian people turned 22 into cowards, cannot be called.

According to her, the soldiers who died near Smolensk in July, restraining the German strike forces, turned into cowards. "The cowards turned" population of Leningrad. "The cowards turned" fighters who died at the Luga line, not allowing the Germans to Kaliningrad. “Soldiers turned into cowards” who fought in Ukraine, retreating to Kiev and then surrounded near Kiev. “The cowards turned” fighters who knocked out Kleist's army in December forty-one from Rostov. “The defenders turned” defenders of Odessa and Sevastopol - says Ms. Latynina. “The cowards turned” sailors who defended Tallinn. “He turned into a coward” ... he really isn’t Russian, he is an Estonian, - Arnold Meri, who received seven wounds in battles at the Luga line and was awarded the Golden Star of the Hero of the Soviet Union. “Pilots turned into cowards”, who fought with superior ones both in experience and in equipment by German pilots - died, but fought.

That's how they see our history. So they see the history of the war. 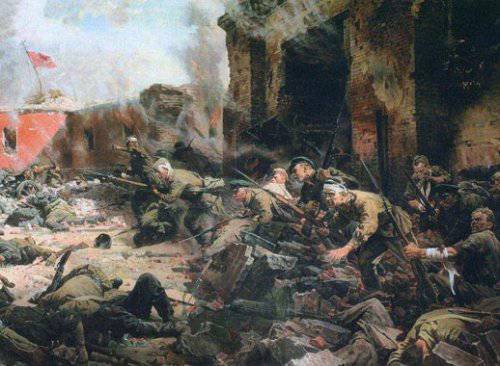 I will say that 22 June, the Soviet people turned into demigods, if you will. Who in the end managed to find the superhuman will in themselves, although they all predicted death, and defeat the strongest group in the history of mankind that ever went to the East, the whole of Europe ... because it is not Nazi Germany, but all of Europe: France was an ally of Germany, Germany was an ally of Spain, which sent volunteers to Russia, volunteers were sent to fight here Norway, Denmark, Sweden ... Sweden was a neutral country, and Swedish volunteers participated in the SS divisions . There was no such piece of land ... except for the Serbs ... Only the Serbs did not fight against the Russians. Even the Poles served in the German army: sixty-six thousand Poles who served in the German army were in prison camps at 1946 year ...

Only the Serbs and the Yugoslav communists, Tito was a communist, and the Greeks, by the way, too - these are two nations: the Serbs and the Greeks, who unconditionally fought with the Germans. Our brothers Serbs and our brothers the Greeks lost a huge number of people in this war against Nazism ... We remember who were the real allies who spilled their blood on the battlefield into the most difficult - 1941 and 1942 ... All the rest were against us. But our ancestors won.

And therefore today, when we create works, we are talking about them, I would like to avoid vulgarity and unnecessary metaphor.

From this point of view, unfortunately, I was very upset by the film by Nikita Mikhalkov. From Mikhalkov waited for quite another. They were waiting for the truth about the war. And he, unfortunately, created a film that is filled with metaphors - as he sees them.

... Yulia Latynina on “Echo of Moscow” declared that all Russian people turned 22 on June 1941 into cowards, she raved there about some KVs that were attacked by 150-millimeter German howitzers ... she never saw howitzers in her life and he doesn’t know that they don’t shoot at close range practically ... In the opinion of Latynina, surrendering to the Germans, the Russian people voted against Stalin. Hence the conclusion that when the forty-thousand British group on Crete surrendered to the five thousand German landing force, the British voted against Churchill, apparently. This ugly statement, gangster, disgusting, Judin's statement Latynina, just a jackal, she is like a hyena ... it is strangely correlated with the metaphors that Mikhalkov also presented in this film.

But if you don’t want to discuss Latynin at all, it’s pointless: she is the enemy of Russia and the enemy of everything connected with Russia and its history. Mikhalkov, I do not think so. This is some kind of big mistake of the master, a big mistake. There can be no irony associated with the 1941th year. There can be no stupid soldiers who dig trenches in an open field, equip parapets with bed nets, climb shoulder to shoulder, crowding together, as if it were an 1812 trench, put guns in the same trenches, and not the artillery positions and the Germans appear from behind, from the rear ... and they are marching ... Tanks... well, this is insanity! I’m just very bitter, this film really upset me. ” 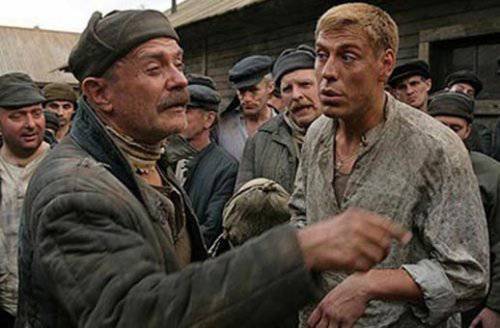