US strengthened in Uzbekistan 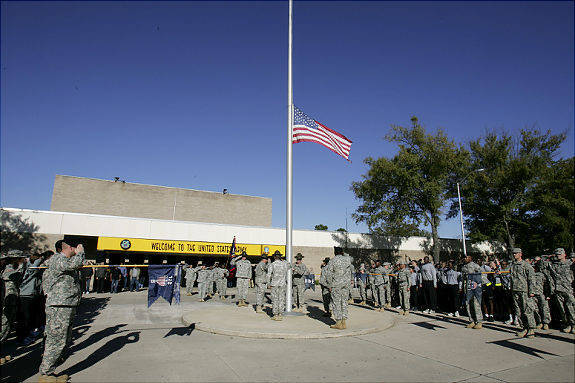 Assumptions that the United States intends to transfer part of its military infrastructure from Afghanistan to Central Asia are finding more and more evidence. First of all, Americans are interested in three countries - Tajikistan, Uzbekistan and Kyrgyzstan. It is enough to compare the intensity of contacts with Uzbekistan by Russian and American diplomats to understand who Tashkent prefers.

The visits of the American delegations recently follow one after the other. On May 11, Uzbekistan was visited by the Special Representative of the NATO Secretary General for the Caucasus and Central Asia, J. Appathurai, who held meetings in Parliament, the Ministry of Foreign Affairs and Defense. 12 in May at the Uzbek Foreign Ministry held a meeting with a delegation of the US Department of State, led by Michael Stafford, coordinator of the Anti-Proliferation Initiative (NSOI) program. weapons mass destruction. On May 20, Uzbek diplomats held talks with a delegation led by US Special Representative for Afghanistan and Pakistan, Mark Grossman. 30 in May at the Uzbek Foreign Ministry held a meeting with the Deputy Assistant Secretary of State for South and Central Asian Affairs Susan Elliot. On May 31, President I. Karimov received Denis McDona, Deputy Advisor to the President of the United States for National Security. June 3 Uzbekistan was visited by United States Chargé d'Affaires, Duan Butcher. On July 1, Lori Bristow, Director of the Eastern Europe and Central Asia Department of Foreign Affairs, was received at the Foreign Office On the same day, a meeting was held with the new US ambassador to Uzbekistan, George Krol, who handed over copies of credentials to Uzbek diplomats. On July 4, George Krol again visited the republic’s foreign affairs agency, and on July 5 a delegation led by Deputy Assistant Secretary of State Kurt Amend arrived in Uzbekistan. On July 7, Tashkent was visited by an American delegation led by Senior Grove of the Subcommittee on State and Foreign Operations of the US Senate Paul Grove.

Over the last two months, the envoys of Washington and London have held 11 meetings in Uzbekistan at the level of the Ministry of Foreign Affairs and / or the President. The Russian ambassador to Uzbekistan, Vladimir Tyurdenev, during the same time, held meetings with the Uzbek authorities on 4 (May 25, June 6, 10 and June 20). In addition, the Director of the Federal Service for Military-Technical Cooperation of the Russian Federation, Mikhail A. Dmitriev, visited Uzbekistan 27-28 on June. He was received by President Islam Karimov and then held talks with First Deputy Prime Minister and Minister of Finance R.S. .Azimov, Secretary of the National Security Council M.I. Ataev and Minister of Defense K.R. Berdiev. However, even with this visit, the intensity of Russia's contacts with Uzbekistan has recently been twice as low as with the United States and Britain.

Uzbekistan traditionally plays a key role in a number of US infrastructure projects in Afghanistan. The last of them is the launch of the first Hairaton-Mazar-i-Sharif railway in Afghanistan built by the Uzbek Railways. It will connect the Hairaton station on the Uzbek-Afghan border and the airport in Mazar-i-Sharif. Initially, this railroad will carry out the “transportation of a wide variety of goods of various weights,” and with time passenger traffic will be established. The road, built thanks to the Asian Development Bank loan of $ 165 million, is intended to supply NATO troops in Afghanistan. Problems with the United States and Pakistan and the activation of the Taliban complicate the southern supply route, and the Northern Supply Network, which passes through Russia and the countries of Central Asia, remains the only supply chain.

At the beginning of 2011, Deputy Secretary of State for South and Central Asian Affairs Robert Blake, speaking at the J. Baker III Institute for Public Policy at the University of Houston, Texas, spoke of Central Asia as vital for the United States, which, having borders with Afghanistan, China, Russia and Iran, should be taken under control by the United States. The central role here, as Z. Brzezinski noted in the “Great Chessboard,” is played by Uzbekistan, to which the main efforts of American diplomacy are directed.

The intensification of diplomatic contacts between the USA and Uzbekistan is taking place against the backdrop of a clear cooling of Russian-Uzbek relations. According to the Regnum news agency, citing an unnamed source in the Russian Foreign Ministry, the President of Uzbekistan twice during telephone conversations with Dmitry Medvedev raised the question of the possibility of a state visit to the Russian Federation. However, Russia has not yet responded to his initiative. Recently, several Russian companies have turned their business in Uzbekistan - the Wim-Bill-Dann company, the Book World chain of stores. In early June, the United Aircraft Corporation announced the termination of cooperation with Tashkent aviation production association named after V.P. Chkalov (TAPOiCH), which was the leading enterprise in the Soviet era for the production of military transport aircraft Il-76. Only cooperation in the oil and gas sector is developing relatively successfully so far, which, along with cotton exports, is the main source of foreign exchange earnings for Uzbekistan.

The final withdrawal of Russia from Uzbekistan, and in the future - from Kyrgyzstan and Tajikistan and the transition of these countries under the protectorate of the United States will create a new dividing line in Eurasia, which will run along the southern border of Kazakhstan. On one side of it will be the former Soviet republics of Central Asia, and on the other - the member states of the Customs Union - Russia, Kazakhstan, Belarus ...

We are in Yandex Zen
American base in Uzbekistan?
The sleeping giant of Central Asia
3 comments
Information
Dear reader, to leave comments on the publication, you must to register.