Transnistria: the experience of self-determination on the way to the Eurasian Union 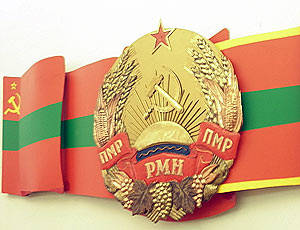 Today, media materials on Transnistria are increasingly becoming expert military scenarios - what will happen if the conflict is defrosted in the region due to the situation in Ukraine, will Russia intervene, are direct military clashes likely? It is not surprising that, against the background of the war in the east of Ukraine, the situation is viewed from such an angle. This led to an increase in publications about Transnistria in the domestic media, whereas before the Ukrainian crisis, the problems of the region were not the first among the Russian media topics.

Meanwhile, even outside the military perspective, the economic and socio-political experience of the existence of the Transdniestrian Moldavian Republic is very important and interesting - especially in connection with the “Transnistria - Eurasian Region” concept announced in 2012. It is obvious to everyone that the world map has started moving and no one will stop this process. The formation of new self-determined states, including those oriented to integration with Russia and the Eurasian Union, today, during the formation of the same Novorossia, is no longer fiction. At the same time, the rapid change of geopolitical reality that is going on throughout the world also means “defrosting” of those “frozen” conflicts in which, until recently, it was possible to retain in one way or another the status quo. The experience of Transnistria and the analysis of its problems can help in developing the correct strategy of Russia in relation to such regions.

The International School of Journalism organized recently in Tiraspol by the MIA “Russia Today” has been dedicated to this project, which has been creating and maintaining contacts between journalists and experts focused on interaction with Russia in different republics and neighboring countries for 10 for years. Of course, in Transnistria there is no need to additionally create a positive image of Russia, but media support is needed. “Without strong information support, we will not be able to achieve the goals set by the people of Transnistria,” believes the Deputy Minister of Foreign Affairs of the Transdniestrian Republic Igor Shornikov, who believes that the republic needs to build an effective system of informing the international community about the position of Transnistria. I agree with this and the chairman of the Supreme Council of the PMR, Mikhail Burla, who at a meeting with journalists from the CIS countries said: “We have a huge minus. From the information point of view, we position ourselves very badly in the international information space. ”

There are quite a few territories on the world map that are either not recognized or only partially recognized. However, Transnistrian experts believe that the more correct term is not “unrecognized”, but “self-determined” state. In addition, it is also important how such a region has managed state-building. In essence, as the co-chairman of the Joint Control Commission from the Russian Federation Vasily Korchmar noted, Transnistria is a de facto state, since it has all the characteristics of a state, unlike some other regions that have formally declared their independence but do not have real full-fledged state institutions.

Transnistria would like a “civilized divorce” with Moldova and the freedom of foreign economic activity. In addition, the Transnistrian Moldavian Republic developed the concept of a “Eurasian region” - a cross-border education based on the principles of cultural, linguistic and historical unity with Russia, as well as production cooperation and technological commonality of its constituent entities. Not a common border, but economic unity and a common civilization code — in Transdniestria, these are the key conditions. At the formal level, in the PMR, the harmonization of local legislation with the Russian legislation begins with 2006, the latter being taken as a basis.

Get closer to Russia economically

However, economic reality today is not so rosy at all. The standard of living of the population in Transnistrian Moldavian Republic does not increase, the blockade impedes economic development. How do Transnistrian enterprises technically work today? Since 2006, when both Ukraine and Moldova have banned the transit through their territory of products manufactured in Transnistria without Moldovan customs clearance, Transdniestrian firms have to register in Moldova to sell their products for export, which means double taxation and customs clearance. The road transport blockade does not allow PMR transport companies to take advantage of the advantageous transit position of the region. The structure of exports of PMR as a result is far from being “pro-Russian”. If before 2006, almost half of the Transnistrian export products went to Russia, then in the first quarter of 2014, only 14% went, while 36,5% went to Moldova and almost 40% went to the EU (in 2013, exports to the EU amounted to about quarters of the total, also exceeded the Russian).

This situation suits Europe very well - in 2006, the EU provided autonomous trade preferences for PMR enterprises, in fact, against the background of the blockade, forcing them to reorient themselves to trade with Europe. However, after Moldova signed the Agreement on Euro-Association, if the Transnistrian Moldavian Republic abandons the free trade zone regime with the EU, these conditions will be abolished, and then another serious crisis awaits the republic. Transnistrian Moldavian Republic would not like to lose European markets, it has its advantages - in particular, it creates the need to meet the quality level - however, in the region they look at the charms of Euro-Association without illusions. “We studied the experience of the Baltic states, Romania, Bulgaria — everywhere local production was closed as not conforming to European standards, or European concerns bought them out and then closed to destroy a competitor,” says Mikhail Burla. - The population is leaving the country to work. And if, for example, Transnistrians come to Russia and can work in the intellectual, academic sphere, then in Europe there is one prospect for the “Euro-associated” - to become a cheap labor force ”. According to him, European concerns are in no hurry to include Transnistrian enterprises in order to develop them.

At the same time, a number of large enterprises of the PMR belong to Russian companies. The Metalloinvest Group of Alisher Usmanov owns a metallurgical and cement plant, the Moldavskaya GRES, one of the largest thermal power plants, is owned by INTER RAO, the Pribor plant is the Salyut corporation, the Moldavkabel plant is the Sevkabel corporation. Russia helps the PMR in the social and humanitarian sphere, in particular, it is 30 million dollars annually for premiums to pensioners, assistance in maintaining the exchange rate, preferential gas supplies, construction of schools, kindergartens.

However, the PMR would like to see greater economic integration - more joint ventures, interregional forms of cooperation (it is easier to enter Transdniestrian products in the markets of the Russian regions than “through Moscow”), they positively view Transnistria and Russian companies to acquire assets in the region.

This becomes especially important in conditions when economic integration of the Transdniestrian Moldavian Republic into the Eurasian Economic Union is required. This is happening against the background of the Ukrainian crisis, which threatens to shatter the world in Transnistria. The preserved dialogue in the established format “5 + 2” (Moldova and Transdniestria participate - as parties to the conflict, Russia, Ukraine and the OSCE - as mediators, the European Union and the USA - as observers) today strive to “shake” Moldova and Ukraine. There are calls from Chisinau for the withdrawal of Russian troops, and there is another surge in reasoning about the need to change the status of the peacekeeping operation on the Dniester. Under the pretext of events in Ukraine and the alleged threat of arms supplies from Transnistrian Moldavian Republic to the conflict zone in the South-East, obstacles are being created to the implementation of communication with the left bank of the Dniester through Ukrainian territory. Ukraine does not allow men with Russian citizenship to enter its territory from Transnistrian Moldavian Republic; it builds an earthen barrier ditch. Transnistrian enterprises have already become victims of the conflict - they cannot transit through the territory of Ukraine, do not receive already paid products from Ukrainian suppliers, and the rapidly collapsing Ukrainian market ceases to consume goods from Transdnistrian Moldavian Republic.

As stated at the beginning of August in the Foreign Ministry of the Russian Federation: “Coordinated actions of Moldova and Ukraine on the implementation of the economic and transport blockade of Transnistria in attempts to force it to make concessions in the negotiation process, to abandon foreign policy priorities are fraught with escalation of the situation around the region”. The fact that the “defrosting” of conflicts on the territory of the former USSR will continue, today no one doubts. Meanwhile, the PMR believes that the experience of the peacekeeping operation is unique, and Russia should present it to the world as an example of resolving similar regional conflicts.

“Transdniestria sees itself as an outpost of Russia,” political analyst Sergei Markedonov believes, “even when Moscow is not too interested in broadcasting such an image. Ukraine, on the other hand, perceives Transnistria as an “ambush regiment” of Moscow. As a result, the unrecognized entity is experiencing (again, unlike other de facto states) double pressure. First, from the side of its “maternal education”. Secondly, from the side of the neighbor involved in the conflict with Russia and who considers himself actually at war with her. And therefore, a country ready for radical actions like those being undertaken today in the east of Ukraine. ”

The course of unity

However, how will Russia behave in a situation of possible exacerbation of the situation? On the one hand, in the conditions of a new confrontation with the West, the vector of caution may prevail, since another point of direct conflict besides Ukraine will aggravate the position of Russia. On the other hand, the situation with Crimea showed that Russia is ready for decisive steps - one cannot exclude variants of some recognition of the MRT in case of force majeure and violation by any of the participants of the established settlement conditions in the 5 + 2 format.

At the same time, Transnistrians themselves do not want any new conflicts. Unlike other unrecognized regions, where there is a clear dislike for those from whom they separated, ordinary business, cultural, and simply everyday ties with Moldova are not interrupted in Transnistria, there is no enmity between ordinary people. However, the reference point for Transnistria is Russia. And what is especially important, the region has already formed its own Transnistrian identity, which is associated with the Eurasian vector and which is characteristic not only for representatives of the Soviet generation, but also for young people.

The region, which proclaimed unity with Russia as a vector of its development, hopes that even current events will not stop this course for economic and civilizational integration.