With the money of Germany, Israel became the owner of a powerful submarine fleet. 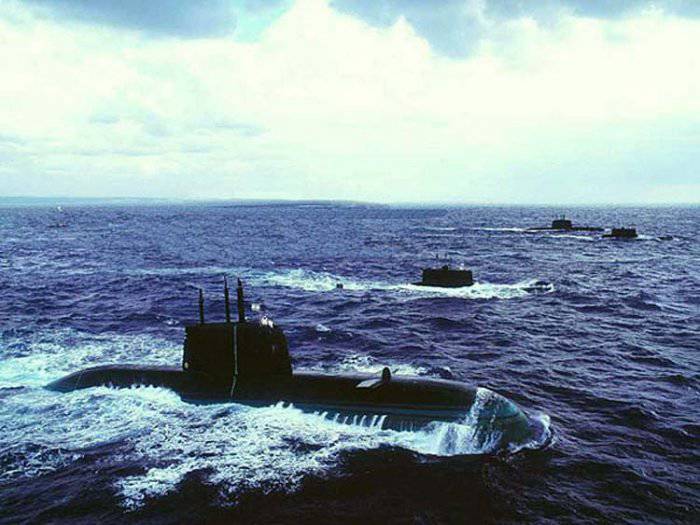 West Germany will deliver a Dolphin-class submarine to Israel, which can carry cruise missiles. She will be the sixth such submarine, which Germany will transfer to the Israeli Navy. And Israel will pay for it only two-thirds of the real value. The first two Israelis actually received a submarine from Germany as a gift. The reason for such generosity became known from the correspondence of the US Embassy in Tel Aviv with the State Department, which later came to the disposal of the WikiLeaks website - American diplomats explained it with a guilt complex for the Holocaust.


Details of the deal between Israel and Germany for the supply of a Dolphin-type submarine on Sunday reported to Spiegel magazine. According to the newspaper, in early July, German Defense Minister Thomas de Mezieres discussed this contract with his Israeli counterpart Ehud Barak during a visit to Tel Aviv. It was decided that the Federal Republic of Germany would take part in the expenses and pay for? 135 million of the amount of the contract, which amounted to? 500 million.

This noble gesture of the Federal Republic of Germany is not the first time. Back in 1991, the German government decided to provide military assistance to Israel - full funding for the construction of two Dolphin-type submarines at the HDW shipyard in Kiel. Dolphin submarines are a modification of the U212 submarines and were designed specifically for the Israeli Navy. A contract was concluded between the countries, which included the construction of two submarines and an option for one more. In 1994, Israel exercised the option, and achieved that the third boat cost him almost half the actual cost. The price of the entire contract for three boats was about $ 1,1 billion, of which Israel paid only $ 200 million.

In 2005 year история repeated The Government of Germany has signed an agreement with Israel on the construction of two more Dolphin submarines. Berlin decided to pay two-thirds of the cost of construction, which amounted to? 1 billion. One-third Berlin gave in cash, another - in the form of donations to Israel of other weapons. As a result, the Israeli side had to pay only a third of the contract amount. These two boats are currently being completed and should be transferred to the Israeli Navy in 2012 and 2013. It was then that Israel received an option for another submarine, which is now used.

After all six submarines are commissioned, Israel will become the owner of one of the most powerful submarines in the Mediterranean. In this case, from all boats that have standard torpedo tubes of 533 mm caliber, it will be possible to use both torpedoes and cruise missiles. The question of equipping them with nuclear warheads remains open. At least when, in 2006, the then German Defense Minister Franz Josef Jung officially assured that the submarines supplied to Israel cannot be equipped with nuclear weapons, experts simply did not believe him.

The generosity of Berlin, which took on a large part of the costs, was subjected to sharp criticism in Germany. In the 2006 year, when contract information got into the media, officials justified their concern for German industry - they said that in the absence of large orders, the construction of submarines, albeit at the expense of German taxpayers, helped to avoid job cuts in shipyards.

Another explanation is given by Spiegel. In January, a secret dispatch of the US embassy in Tel Aviv was handed over to a publication collaborating with the WikiLeaks project. American diplomats write that the FRG supplies the submarines to the Israeli side almost free of charge as compensation for the crimes committed by Nazi Germany against the Jewish population during the Second World War.