August 29 2014
115
On the "Russian invasion of Ukraine," spoke the recent sidelist and hero of neoliberals - Mr. Khodorkovsky. On its Online He writes that Russia has unleashed a war against a neighboring state, and the authorities of the Russian Federation allegedly continue to lie to their people, claiming that the Russian Federation in fact does not lead any war. 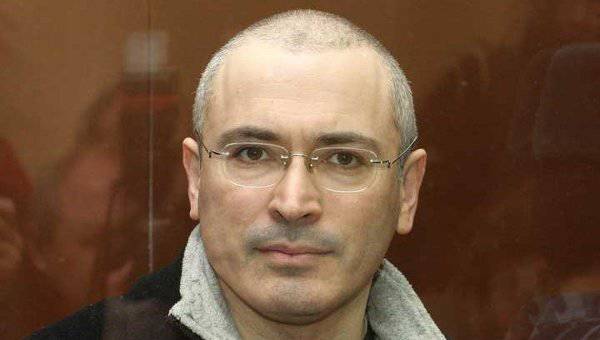 At the same time, Khodorkovsky not only “posts” the material on the “Russian invasion”, but also makes his “weighty” contribution. He urges Russians to take to the streets, to threaten the authorities with a strike.

We all know that. Therefore, the power is lying.
But why pretend to believe? Chickened up ?! Even afraid to think? Are you afraid of losing children? And the brothers shoot? How will we live later?

And the truth is: how after this will Khodorkovsky live in Switzerland? ..

And know - we could and can stop it. It is enough just to go out and threaten with a strike. The power is immediately deflated, she is a coward.

As you can see, this is not the first Mr. who has served a sentence in Russia, and from Europe he is calling on Russians to go on strike and strike. History remembers ...